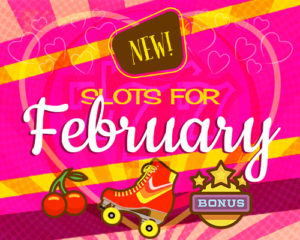 We move into February now, and the memories of Christmas and the New Year are a thing of the past. There will be many gamers who have decided to take a different approach in 2020, to try and make their experience better, and those players are likely to be searching around for new games to play at the moment.

There are a number of releases coming up in February that catch the eye and could turn out to be games that we are talking about for months to come. Headlining the new games this month is a game based on one of the most famous love stories ever to be told, perfect for those looking to get into the mood of Valentines Day. We take a look at that game plus more that are coming up in February below. 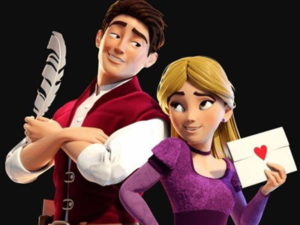 Anyone looking to get ready ahead of Valentines Day and play on a new slot game should check out the latest release from Greentube. They have placed their new Romeo & Juliet release right before Valentines Day, a day where people around the world celebrate being in love.

This new game is titled Romeo & Juliet: Sealed With a Kiss, and tells the story of the love shared by these two famous characters, despite their family backgrounds. The game gives you a 5×4 reel area to play on, making it slightly larger than normal and that has a total of 30 pay lines on it for you to win from, so there is plenty of action to look at on the screen.

Inside the game itself, you will find a variety of slot symbols that are based around the story of Romeo and Juliet and the love they had for each other. One of the most important symbols to look out for is the love heart symbol, this is your wild. The standard wild will replace other symbols to make combinations across the lines for you, while there is also a colossal version that can cover an area as big as 4×4, or a free spin version which wins you free spins.

The overall feel of this game is very good, with a theme that comes to life thanks to the colours and symbols used on the reels. For many people, Valentines Day will be spent with someone they love, but if you want to get in the mood for love then this slot game is certainly one way you can do that.

Microgaming Team Up with Two Small Studios for February Releases 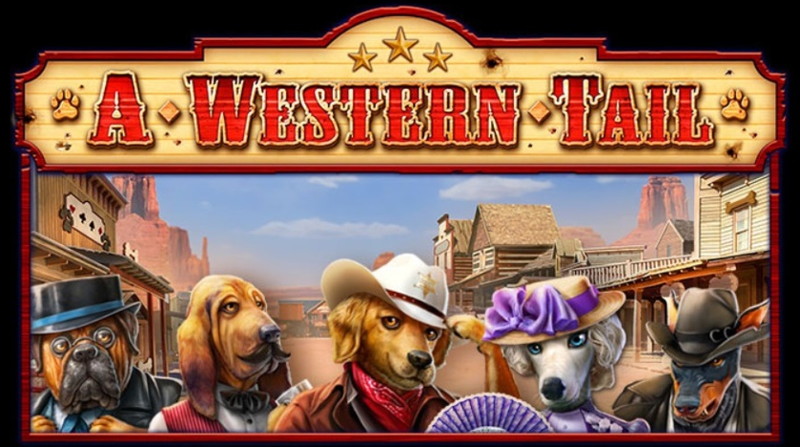 We are seeing not one, but two games released by Microgaming this month, and both of them come because of their partnership with two small studios. They bring us a game titled A Western Tail, which is brought to us in collaboration with Present Creative, and the second title is called Atlantean Treasures: Mega Moolah, created with Moon Valley.

A Western Tail brings together the very popular Wild West theme but adds a big twist to it. This is that the main characters in the game are dogs, not humans, which makes this game appear differently and stand out compared to the rest out there. There are many different Wild West themed games on the market, but none can offer the same unique take as this one.

The game has 5 reels and 25 pay lines for players to attack, and on top of that, it has an impressive RTP%. This stands at 96.50%, which is good for a game of this type, and the maximum jackpot up for grabs is 500x your stake amount.

With pistols, moneybags and horseshoes, this game brings to life the theme of the Wild West, perfect for fans of that era and the events that took place around the time. Then you have the dog theme on top of this too, with dogs dressed up at sheriffs, villains, gamblers and bankers acting as symbols on the reels.

For those that love dogs, as well as loving the Wild West then this is the perfect game for you. Lovers of the theme will be able to recognise and enjoy the symbols on the reels and the story that is taking place around them, which makes this game a great platform to use.

The second slot release from Microgaming in February focuses on one of their most popular series and that is the Mega Moolah series. This new game is titled Atlantean Treasures: Mega Moolah and is a new progressive jackpot game that could make you a millionaire.

The game features multiple progressive jackpots for players to try to win. The mega jackpot resets and begins from $1,000,000 each time it is won and that alone will be enough to attract players here, with a life-changing amount of money on offer. Other jackpots are the major jackpot, which begins at $10,000, the minor jackpot which starts at $1000 and the mini jackpot which begins at $10.

The way to have a chance of winning these jackpots is to collect pearls during the game. These add up and when you have enough pearls, the game will take you to a feature where you can spin the jackpot wheel.

This wheel will give you a prize, determined by which section of the wheel you land on. All prizes are up for grabs here, and even someone spending the minimum of $0.10 per spin could find themselves in this feature and with a chance of winning the mega jackpot.

The theme of this game makes it look a lot more modern than some of the other Mega Moolah titles that are on offer. These are older games though and were created when themes and graphics were not as impressive, so most games would stand out compared to that. When you look at the game compared to other brand new ones, the looks aren’t so good, but this is a title where everything is about the jackpots on offer, not the actual gameplay and how things look.

If you like to play progressive jackpot games and you are looking for a new one to try then this game is certainly one to consider. With the name Mega Moolah attached to it, this will attract players instantly, so expect the game to be popular right from the start and the jackpot to rise quickly.

Play’n GO have a new release for February, but it is one of their titles that many people will already know and love. The new game is titled Leprechaun Goes Wild and this is the third game from their series, which began with Leprechaun Goes Egypt in 2013, and was followed up by Leprechaun Goes To Hell in 2017.

The new installment from this series takes the Leprechaun back home to Ireland and you will find the rolling hills and greenery of the country in the background of this game. The theme stays close to Ireland and Leprechauns, with symbols such as hats, pipes, beer, horseshoes and much more.

As the name suggests, wild symbols play a big part in this slot game, so look out for them. The Leprechaun himself is the wild symbol, he plays a big part and is very easy to spot.

If you are looking for a new, fun and easy to play slot this month then this could be the title for you. The graphics are fantastic on this game, the symbols are great and the whole backstory is something that many people like. For those that have played the first two titles in this series, number three brings things up to date, with revamped graphics, new symbols and a new setting for you to enjoy.