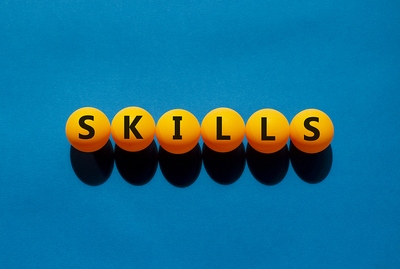 If you look at bingo next to pretty much any other game it would be hard to argue that us players are particularly skilful. Anyone who doesn’t play bingo – let’s call them muggles – would probably laugh if we tried to tell them otherwise.

After all, apart from those of us who can see the future (Mystic Meg is definitely a bingo fan isn’t she), we have no control over the numbers that come up, and even though we can choose which tickets to buy in some cases, it’s still more of a lucky dip than a skilful choice.

However, you stick that same doubtful muggle in the chair next to Gladys who has been going to bingo 3 nights a week for 20 years, give them both 10 tickets per game and a dabber, and let’s see who manages to keep up and who ends up in a crumpled heap on the floor.

We will look into this a bit more below, as well as how online and offline bingo compare when it comes to elements of luck and elements of skill.

A Combination of Luck and Skill 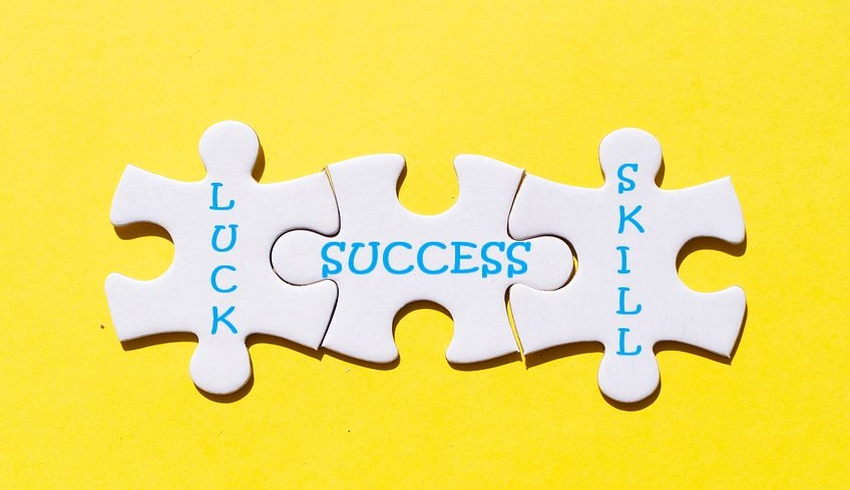 There’s an old saying that goes something like this:

“Luck is what happens when preparation meets opportunity”

It’s not a perfect fit for bingo but it’s 90% accurate, because the more experienced and prepared you are going in, the better the chance you give yourself to win.

It’s true that you can’t do anything to improve your odds of holding the winning ticket, and you certainly can’t do anything about the results once your tickets are bought, but if you look at everything that goes on around the game there are things that players can do to get a bit of edge.

It is also very possible to destroy your chances by not paying proper attention, making false or late calls, or buying more tickets than you can physically mark at once. Not to mention improper money management – who has run out of money half way through the night? D’oh!

If all of these decisions have been made well, then after that it is indeed down to luck.

Luck is Why People Love Bingo 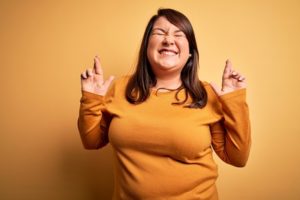 Of course, bingo is seen as a laid back, relaxing game that is not too taxing on the old brain. That’s one of the best things about it, anyone can get involved and pick up the idea in a few minutes.

If there was a lot of skill involved this wouldn’t be the case. There’s a reason we all choose bingo over poker, right? Some games are a lot more like hard work, and we aren’t interested in hard work when all we want to do is kick back with a drink, a chat, and a chance to win some cash.

So although we are pointing out the skill aspects to our beloved game, we totally accept that luck plays a massive part.

The Skill of Bingo Offline 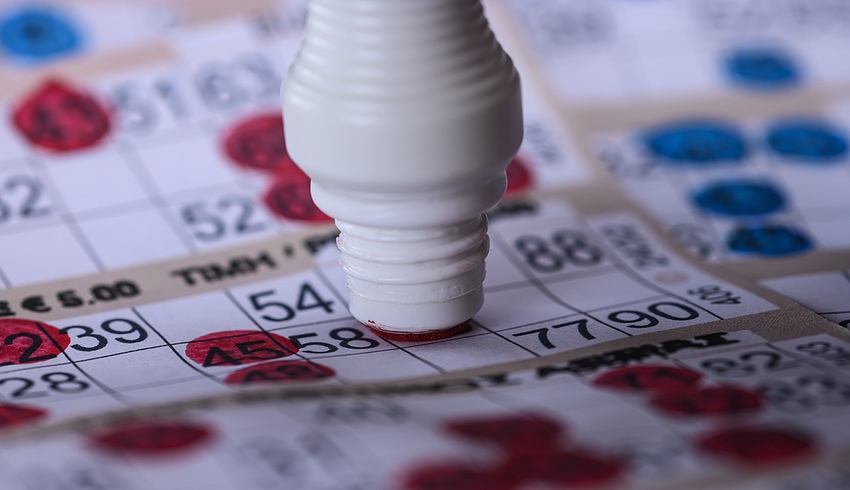 There is arguably a lot more skill involved when playing bingo in your local bingo hall compared to playing online.

You might have already guessed the reason why – real bingo tickets.

Although many bingo halls now have computerised tickets, many also do things the old fashioned way, and let’s be honest, it can be fun to grab a dabber and go a bit mad, can’t it?

There are three stages to a night at the bingo:

Believe it or not, there is an element of skill and tactics to all of these.

When choosing when and where to play, local knowledge can be a big help. Anyone lucky enough to have more than a single bingo hall local to them might know which nights tend to be busy at each, or when they are running offers. Maybe there is a particular caller who is less popular than the others, and as a result his games attract fewer players, even though one of them has a guaranteed jackpot. That means the same size payout with less competition.

On the other hand, a game with great deals for new members only might be best avoided, because it could attract a lot more people than normal, and all of the new members will be getting free or discounted tickets, so it will cost you more to have an equal chance to win. 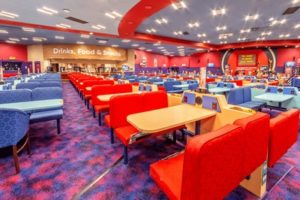 When you get to your venue and you buy your tickets, you might know which promotions are best to take, or if they have any discount or loyalty schemes running for regulars. You also need to decide how many tickets to buy for each game, and balance that with money management if you want your nightly bankroll to last.

After all, even though each individual ticket has the same chance of winning as every other ticket, someone with 50 tickets has 49 more chances of winning than someone with only 1.

After eyes down the real skill of the game comes in, and a major part of that is mental agility – especially if you are handling a lot of tickets. It takes a lot of concentration to mark off numbers on multiple tickets at the speed some bingo callers go; some people can even use two dabbers at the same time, one in each hand. You can’t tell us that isn’t skilful!

Then you have to be absolutely on the button with your calls if you don’t want to be left behind and forfeit your win. Or, God forbid, you make a mistake and issue a false call. Boo. Hiss.

The Skill of Bingo Online 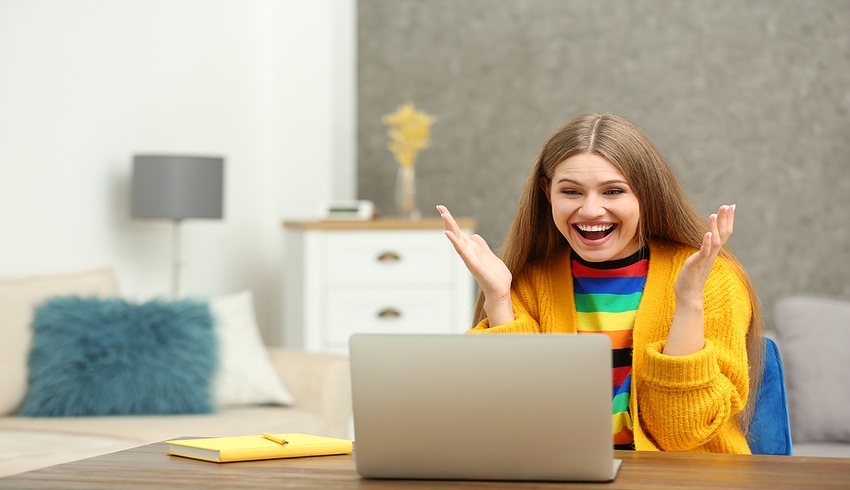 A lot of the things already mentioned also apply to online bingo, although in slightly different ways.

Obviously, there are no tickets to mark off because the software does all of that for you, so the physical skill elements are out of the picture all together. Unless you count being logged in to more than one site at the same time and jumping between browsers to buy tickets for specific games – you would need to be very organised and dexterous to keep this up for long!

However, choosing which bingo site to use and when to play can make a huge difference to your winning potential.

Even though bingo usually has the catch 22 situation where there is less money to be won when fewer people play, there will be a sweet spot between the room being empty and being packed, where your chances of winning something decent are at their best.

You can play the numbers too, because many online games show how many people are in the room. If, for example, there was a game with 10 players and a £100 jackpot, and another with only 5 players and a £100 pot, it should be obvious that you would choose the second game. It’s a simplified example but you get the point.

Over time, you might also notice that certain types of offers tend to crop up at similar times of the year. This can tell you when the site is more or less busy, so you can take advantage of that by claiming the offer nice and early and capitalising on the fact fewer people are playing. Skilful timing.

It’s also possible to keep an eye on noteworthy jackpot games, and go big with ticket purchases as the jackpot gets closer to dropping.

With an uncapped progressive this isn’t going to work, but games like Rainbow Riches have community jackpots that you can track and then only buy tickets when they are close to their target. Bigger jackpots that are timed or have a ‘must drop by’ amount can also be targeted at the optimal time.

For extra little wins, you can also get to know when the sites you use run chat games. These won’t change your life, but you might get some free tickets out of them and they are easy to win if you are paying attention, which you can do, since you don’t need to concentrate too hard on your tickets.