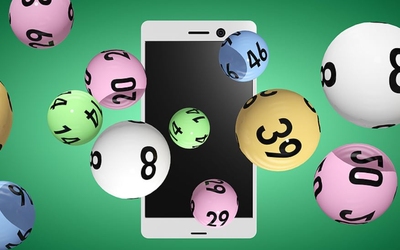 To the more tech savvy daubers reading this, it might seem like a silly question, but when you think about it an online bingo room has a lot going on so it’s natural to wonder if all that can fit on a mobile phone screen.

The answer to the question is yes, bingo is available via mobile, and in a few different ways too, but this article throws up a few more questions too.

Just because you can do something, it doesn’t mean that you should, right? So where does that leave mobile bingo?

We look into whether or not it is a good idea, how well it works, what the differences are, and even how many people decide to mark their cards using their mobiles.

How do you Play Bingo on Your Mobile?

So you’ve decided you’re going to put the technophobic devil on your shoulder back in his/her box, take the plunge, and try to play some bingo on your mobile. Good for you – so long as your internet connection is decent this should be nice and easy.

We are assuming you are already signed up with at least one bingo site, so from that point there are two options for you:

If you didn’t already know, an ‘app’ is a nickname for a mobile application, and it needs to be downloaded from the app store or play store depending on the mobile you have got. You just need to open the store and search for your bingo provider’s name; if they have an app it will show up.

Once it is downloaded and installed it will remain on your phone until you decide to delete it, but even if you do you can download it again if you change your mind, and it won’t cost anything.

The benefit of an app is that the information the games need to run are on your phone rather than being taken from an internet server, so they are often quicker to load and run. Apps can also save your preferences so your experience will be smoother.

Now, not all online bingo providers have an app, and that’s not a problem because they will definitely have a mobile website at the very least.

This will be almost identical to look at, but the way the information is sent to your phone is slightly different. The benefit of using the mobile site is that you don’t need to download anything to your phone so it saves space.

To be honest the difference is tiny, and whichever option you go for your experience will be practically the same.

Is Playing Bingo on Your Mobile Worth it?

This really depends on your circumstances and your preferences, but if you are worried about the quality of your bingo session then you can relax, because these days mobile technology is excellent. 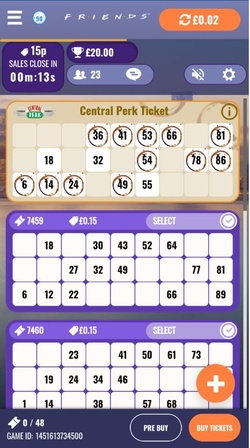 On a desktop you have the full interface available so you can chat, play bingo, and even have a side game going on at the same time if you want to. Not to mention being able to jump to different tabs on your browser if you are also reading an article like this one, for example.

On a mobile you can still do a lot of those things, but it is more difficult. For example you can play side games but you can’t do it on the same screen as the bingo as there isn’t room. The chat room is more difficult to use as well. Basically you have to keep opening and closing everything whereas on a desktop it is all available at the same time.

However, by playing on mobile you can take advantage of bus journeys, long queues, and that 15 minutes your friend left you waiting because she “lost track of the time” again…

Opening your phone and heading to your bingo site or app takes seconds, so you can use down time for fun. Playing on a desktop takes longer to set up because you have to wait for the computer to power up, perform any updates, log on, open your browser etc.

To answer the question then, playing via mobile is definitely worth it if it fits in with the way you like to do things, because the experience itself is still an excellent one with most bingo providers. 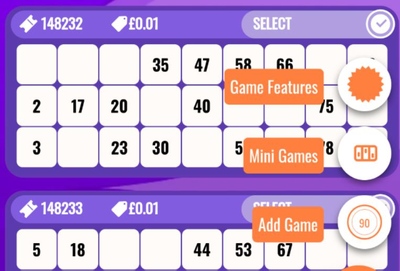 Most bingo networks have done a fantastic job of keeping all of their features for mobile players though.

For example, you can still play more than one game at once, often just using the menu button to flip between them once you get going.

The chat room can be opened and closed usually using a drop down button so you can join in any convos or competitions like normal. Alright, it will cover the bingo, but at least it’s there as an option.

You can top up your balance from the game screens, pre-buy tickets, see the full lobby of upcoming games and even access the game rules and feature explanations, so you don’t actually miss out on anything by playing on a smaller screen, it’s just that the way some of it works has been re-designed.

Do Many People Play Bingo on Their Mobile?

Believe it or not, the majority of people now use a mobile as their main device for playing bingo online. So not only is it possible, it’s what most of your fellow bingo maniacs are doing. 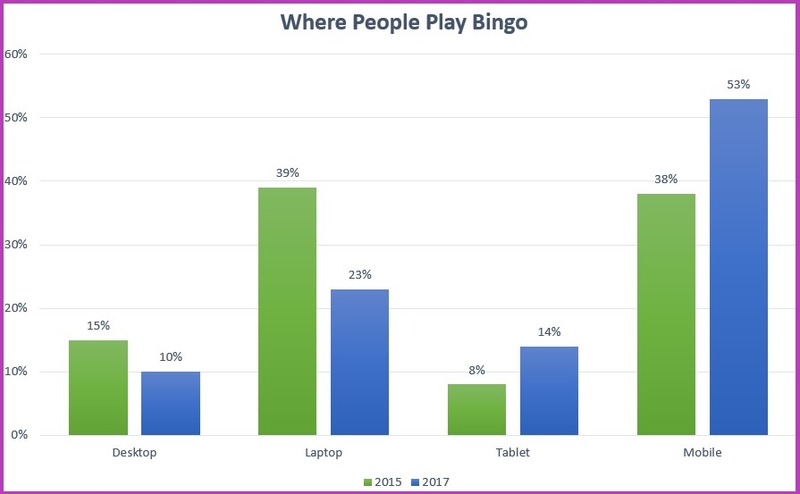 There was a study in 2017 that showed 53% of everyone surveyed played mainly using their mobiles, up from 38% in 2015. Here we are a good few years later and the numbers are bound to have increased again.

Tablets account for another 14% of players, and as they are technically devices rather than computers that bumps it up to 67% overall.

People are much more likely to use a laptop than a desktop (you know, a big computer tower that is plugged into a monitor) and actually, laptops are the second most popular way to play, with 23% of players digitally daubing like this.

The fact that so many of us play bingo on our mobiles has also meant that bingo sites are accepting more and more mobile payment methods like Apple Pay and Boku. This is good for people who are a bit wary of doing anything financial on their phone because some of these methods charge the amount to your phone bill so you don’t actually need to get your card out or put in any bank details. 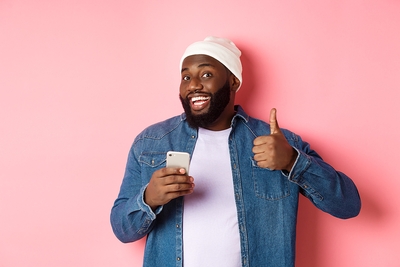 It looks like not only is playing bingo on your mobile a very real possibility, but it is an option that more and more of us are choosing.

This has meant that bingo sites have really upped their game with their mobile products and invested lots of money improving them, which is great for players because that means we get a much more enjoyable bingo experience.

In fact, most companies are now putting more focus on mobile bingo than anything else, so it will be changing and improving very quickly for years to come we should expect.

The way we all play bingo is changing in a big way, and players’ desire to play mobile bingo is driving that change, because a company is only going to do well if its’ customers are happy so they bend over backwards to make mobile bingo brilliant.

Gone are the days when mobile games were second best, and technology is so good now that playing on your mobile is just as safe and secure as playing at home on a computer as well; so if you are someone who thought your safety or enjoyment might suffer from playing mobile bingo, think again.