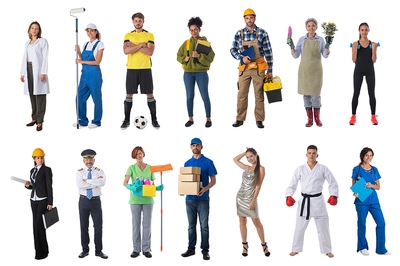 This is a question that has been asked many times over, and the answer isn’t straight forward because each individual is different.

It may well be correct that bingo is more popular in traditionally working class areas – we have another article on that which proves this to be true – but that doesn’t mean people from non-working class background can’t enjoy it too.

The Queen might be bingo bonkers for all we know. “One has a full house, would one of the staff kindly call bingo in a clear and authoritative manner.” She might say.

Just kidding your madge, please don’t put us in the tower!

Seriously though, we would hate to put it out there and say that bingo is for one group of people more than it is for another, because bingo is an inclusive game that should be available to anyone and everyone, but is it a working class game?

Let’s explore a bit of background and look at why some people might think it is.

When bingo rose in popularity around the middle of the 20th century, it was almost an exclusively working class pastime. It was even once described by some of the higher society as “a working class game of ill-repute”, while one broadsheet (it was The Times) called it a “cretinous pastime”. That’s right, our laid back, friendly, gentle game.

This goes to show how times and opinions have changed. Back then bingo at top venues was often seen as a glamorous affair, even aspirational. Held in venues with plush interiors and hosted by men wearing impressive suits and jewellery.

The prizes too would have been a huge attraction: things like colour TVs, the very first dishwashers, cordless irons – all things that working class people on lower incomes would aspire to own, but that those on higher incomes could already afford. This would have kept the middle and upper classes away as much as it attracted the working class.

This might all seem laughable today, with many clubs in dire need of some tlc and bingo callers with a, let’s say, ‘questionable’ dress sense at certain venues, but it’s a hangover from the 50s and 60s. This dated feel at some venues is just as likely to keep people from more affluent backgrounds away too.

This leads on to the question of snobbery, which was much more of an issues 50 years ago than it is today, although it definitely still exists! People enjoy a lot more freedom now than they used to do, and care less about what ‘society’ thinks of them, but there was a time when mixing with ‘the plebs’ would have been socially unacceptable to certain types.

Location played a part in all of this as well. A lot of bingo halls were actually in old cinemas and theatres that had closed down, so they tended to be in very good locations in the centre of town that locals could easily get to. Back then, the wealthier people generally lived on the outskirts of most towns where it was more picturesque, and the poorer folk lived in the smaller houses nearer the centre. That’s still the case in a lot of small towns, but in the biggest cities it’s the opposite these days – in places like London and Manchester city centre living is incredibly expensive.

Lastly, for many bingo players who go to weekly bingo nights, it’s all about the community. For some people their bingo friends and the staff at the clubs are as close as family, and as everyone says, there was much more community spirit back in the old days. Bingo was a place where communities came together to enjoy down time, and because it has always been so relatively cheap, it was ideal for the working classes. 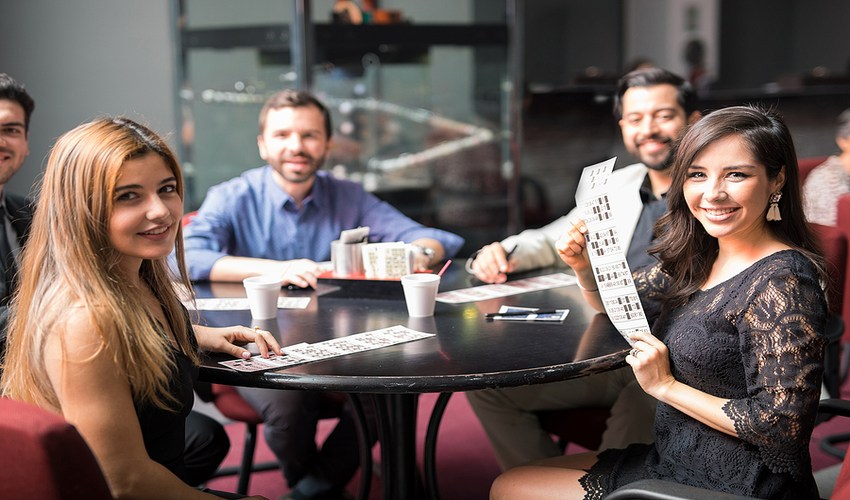 The definition of a working class person has changed since bingo’s glory days. Back then the working class family’s life would have been very different to today, when even those on lower wages can afford smart TV’s, branded phones and tablets, and yearly holidays.

However, many people from working class families still play bingo today despite all the newer fancier things they could spend their money on, because it is in their DNA. They’ve been playing it for decades.

Bingo is a game that is easy and cheap to set up and play pretty much anywhere, and that fact coupled with its popularity in the 60s meant it was a shoe in for places like holiday camps, working men’s clubs and church halls, all places that needed regular entertainment and that were mostly attended by the working classes.

Groups of friends and families would make bingo a weekly outing, passing down the tradition to their children who would do the same thing. They still play because it’s what their parents did and still do; it’s not uncommon to see 3 generations of a family at your local bingo hall, granny, mum and daughter – one generation passes it on to the next.

That female heavy trio might be a generalisation by the way, but it’s statistically accurate. The Bingo Association estimated in 2019 that the ratio of female to male bingo players was 80:20. This is slowly but surely evening out at the same time as people from more diverse backgrounds are starting to play the game.

As old habits and traditions die out, and as people become more open minded and happy to try new things, bingo is slowly morphing from a “working class game of ill-repute” (what nonsense) into a diverse game that can be adapted for all types of players. Take a look at Bongo’s Bingo and you will see an extreme example of exactly what we mean.

Basically, people have more money today than they did yesterday, so they have more exciting options open to them. To combat this bingo has had to evolve to survive, and by doing that it has also started to throw off old working class stereotypes, and attract different demographics.

Of course there are still plenty of more traditional games and players hitting the halls with their dabbers at the ready, and the areas where there are the largest number of surviving bingo halls are traditionally working class areas, but to call bingo a working class game these days would be doing it a disservice.

Has the Internet had an Impact on Who Plays Bingo?

The internet has had an impact on everything, it changed the world, but it’s very hard to get data on the backgrounds of people that play online bingo.

It has definitely made bingo more accessible for people, especially those people who want to play but who don’t have anywhere local to go to because of all the bingo hall closures.

If we look at the branding of bingo sites we can still clearly see a target market of female working class players, specifically busy mums who might want to play while the kids are at school or napping, but we also have some interesting data on how much people are spending from a study in 2020.

Around 13% of players spend over £100 a month on bingo. Now we’re not sure about you, but that’s a big chunk of our monthly expendable income. A further 14% spend £50 or more a month. This suggests to us that there are a good number of players out there with plenty of spare cash to throw around, and even though we are all better off than we used to be, it’s safe to assume that a good number of those big spenders are not working class.

Would those people still be spending that money on bingo if online bingo wasn’t available? Probably not. So the internet probably has opened the game up to more people from middle class backgrounds and the like, we just can’t be sure of how many.