You can’t turn on the telly or open a magazine these days without some mention of bingo. It’s a game for the masses that doesn’t break the bank, and it offers players that really great social and fun feel. The game is now more popular than ever, and the online bingo craze is growing by the day.

Games can now be accessed 24/7, and with the rise in smart phones and tablets, players can enjoy online bingo from the comfort of the home and also on the go too. There is a real flexibility and freedom to the game these days, and the social side of the bingo community brings a sense of fun and friendship along the way.

There are currently nearly 350 bingo sites running across the UK and Ireland alone, but which was the first site to take that brave leap into the virtual world and make all of this possible? Which site began this wonderful craze I hear you say.

The first ever online bingo site was called Bingo Zone. It was launched in America back in 1996, and amazingly enough still exists today. The original site was extremely basic in style back then, however it’s since paved the way for the online bingo world to grow and flourish into the huge community that we now know and love. 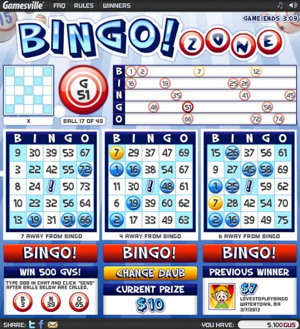 It originally ran very basic bingo games in a very simple fashion, and players could sign up and join in for some classic bingo fun. The first ever format ran 90-ball games throughout the day and although simple in style, looking back this site revolutionised the world of bingo from then on.

Never before had players been able to access specific bingo games from their own home’s. It was very exciting and laid excellent foundations for the hundreds of sites and brands we have on offer today.

You will now find the site still up and running as part of the Boston based Gamesville gaming brand. It combines a mixture of bingo, slots, side games and chat rooms, and are all 100% free to play.

Games include varieties of:

There is also a special game exclusive to Bingo Zone game called Three Eyed Bingo.  This is a fun and fast paced game where you play 3 cards at once and match the patterns to win.

It’s so amazing to think that the site which began online bingo over 20 years ago is still in operation of sorts, even if it is in a slightly different guise.

More and more sites are now cropping up each month, and the offers and prizes are getting better all the time. Over 4 million people enjoy playing in the UK alone, but where did the love for this great game even begin?

The History Of Bingo

You may imagine that bingo originated back in the 1960’s, and that its birthplace began in popular UK seaside towns? Well this was how bingo began in the UK, but the earliest recorded history of a bingo type game actually started way back in the 1500’s over in Italy. The exact origins are unkown, but it’s believed to have started as a descendent of the italian lottery type game, ‘Lo Guioco del Lotto D’Italia’.

The game could be enjoyed by all classes from rich to poor, and it was a fantastic social game that offered a fun form of gambling that didn’t cost the earth.

The game adapted and grew as it travelled across the world. A later French version was known as Le Lotto, and then a newer Tombola version came about in Germany in the early 19th century. This one was also used for educational purposes to teach children times tables, spelling and even history. 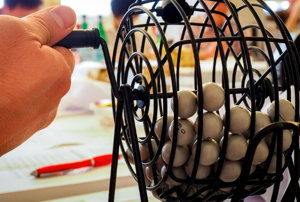 The game that we now know and love was thought to have derived around the 1920’s, when a man called Edwin Lowe from Atlanta came across the game at carnivals and fairs in the USA. Players would yell ‘beano’ instead of bingo in those days, and he became totally mesmerised by the game and how its players would continue playing until the early hours of the morning.

He decided to take the game over to New York on his travels, and this is where the name bingo began. A friend of Lowe’s was playing one day, and suddenly shouted Bingo by mistake. It is thought that the players found this hilarious, and so this was how the game was known from then on.

Bingo In The UK 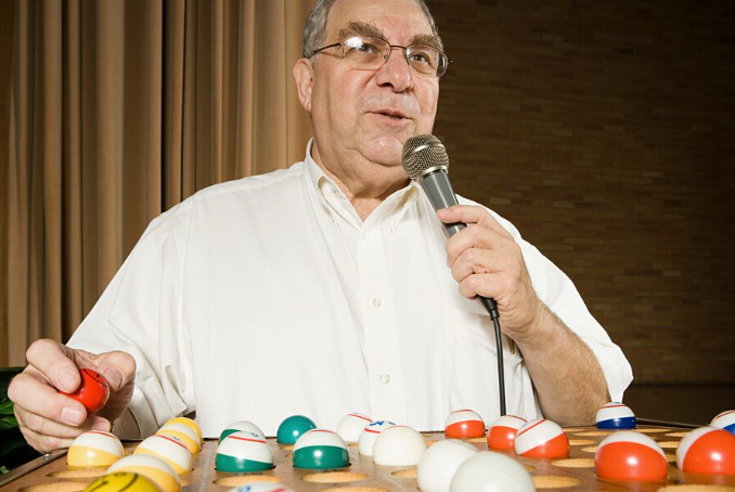 Bingo did then first appear in the UK in the 1960’s, and its popularity began almost instantly. The explosion of this new craze then led to many purpose built venues being created such as Mecca and Gala which are still hugely popular nowadays. Before long, clubs appeared up and down the whole of Great Britain, and they became real hubs for social gaming.

People loved the fact that they could get out of the house and enjoy a game of bingo with friends. In the days of no Internet or Sky TV, this was much appreciated. Players could meet up with pals, have a drink and also win big throughout the night.

Companies then grew, as did the prizes on offer, which meant that bingo halls became absolute hotspots.

The main brands that thrived in the UK included:

Other clubs included Riva, La Scala, Regent and Astoria too. These were mainly old cinemas or theatres that were bought out and developed into bingo halls. The venues offered a real open and vibrant feel for the game, and the ballroom style halls added a sense of style and panache. They were vibrant and buzzing with a sense of glamour, and really offered that “night out” kind of vibe.

Bingo continued to be played in seaside towns, piers and theme parks throughout Britain too, and it also started up in local social and working men’s clubs all over the UK. The bingo phenomenon really did take the country by storm, and its popularity just grew and grew.

The Demise Of UK Bingo Halls

Over time, the vast majority of land based bingo clubs and halls in the UK have now either downsized, or simply closed altogether. It’s quite sad to think that there are such few physical clubs left now standing, as they are as much a part of British history as are fish and chips and Big Ben.

With the introduction of online bingo and also the UK smoking ban however, owners were under a lot of financial pressure as less and less people would visit the clubs. They therefore either sold or merged ownership, or decided to open online bingo sites of their own.

Some of the bigger chain brands are still going strong however, so these brands will hopefully keep flying the flag for those who still enjoy the physical game. You can still find several of the following brands in operation up and down the country now, and most still serve food and alcohol too which helps to offer that original sense of occasion.

The First Online Bingo Site In The UK 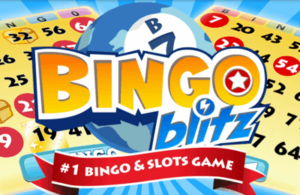 After Bingo Zone started to take off over in the states, the first site to then launch in the UK was called Bingo Blitz. There is little known about the early version of the site, only that it was the first of it’s kind in the UK to offer players the chance to win cash prizes online.

The original site was extremely basic compared to the variety on offer today, yet it still managed to create quite a buzz and amazingly over 20 years later, the brand still exists.

Bingo Blitz and America’s Bingo Zone both helped kick start the online bingo craze, and although simple at first, they allowed others to build on their foundations and grow the community we now love.

You will now find Bingo Blitz as an app generally via Facebook, and it’s a bang up to date gaming app offering free bingo and slots. It offers a total twist on original bingo games and you can connect and chat with players across the world. It’s amazing to think that the most basic site has now become a worldwide success. 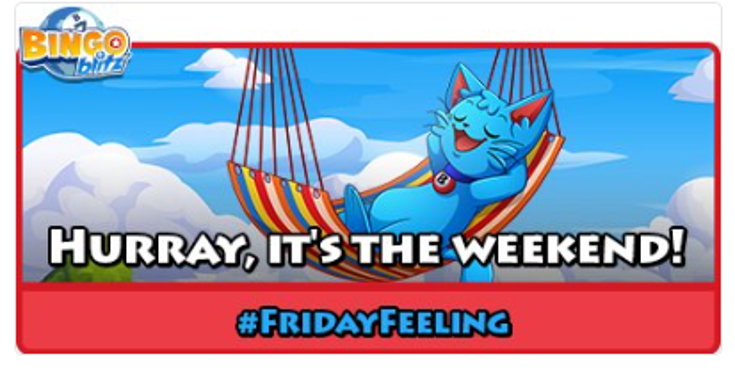 Online bingo has now taken the world by storm, and the sites have certainly come a long way since the likes of Bingo Zone and Bingo Blitz. By the year 2000 there were roughly around 20 bingo sites to choose from, and by 2004 the popularity of online bingo had shot through the roof. Suddenly players could play along and get involved without even having to go outside. You could be sat on the sofa cuddled up in your favourite pj’s, and play all your favourite bingo games from the comfort of your own home. 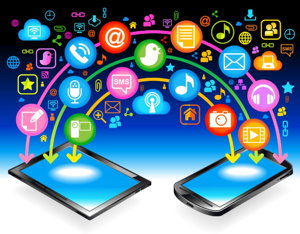 With new sites cropping up all the time, the bingo community is still growing by the day. Not only can you access amazing games, you can also chat and make new friends along the way too.

Nearly every online bingo site these days has a social hub or forum, and all players have the opportunity to interact and chat away 24/7. Bingo originated as a low cost game for all to play amongst friends, so it’s nice to know that this has transferred well to the online world.

As more and more players get involved, jackpots get higher and the community gets stronger. Sites are now offering tons of casino and additional side games too, and with amazing new software updates, the sites are getting slicker and more exciting as each year goes by. 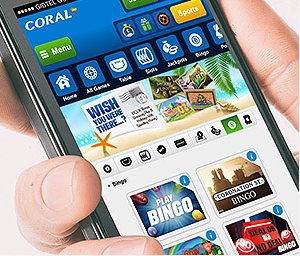 Since around 2012, most sites are now all compatible with tablets and mobile devices as well. This means that bingo games can now be accessed wherever you go, it’s not just a game to play at home anymore. Take part on the bus or the train, or even get online during your lunch breaks at work.

Thanks to incredible power of social media these days too, most sites are now linked to platforms such as Facebook, Twitter and Instagram etc, so the community feel of the bingo spirit will always live on and continue across the web.

The introduction of mobile apps have also gotten a whole new generation of people interested in and playing bingo too. A new wave people who perhaps wouldn’t have gotten involved if not for the online sites, can now continue the love for this fabulous and timeless game.

Online bingo can now be accessed whilst travelling, sunbathing, whilst having a coffee, or well, anywhere really, so it really does offer so much flexibility. Most of the games are generally quite short and fast paced too, so it’s the perfect game to play on the go.

So here is the history of bingo in a nutshell: