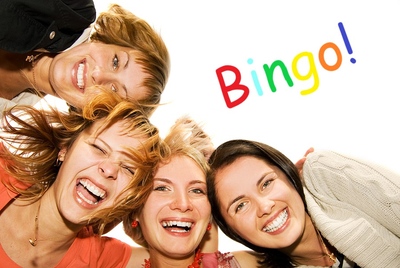 This article is a bit of a minefield, because it is littered with stereotypes; but the thing is, stereotypes come from a place of truth.

What we mean, is that while it would be ignorant to say that ‘all women are chattier than all men’, it is not untrue to say that, on average, you’re more likely to find a woman happy for a 30 minute natter than a bloke.

Obviously there are some very talkative fellas out there and some ladies who prefer to keep quiet; but it’s about recognising the likelihood of something without automatically assuming it will be the case.

This philosophy lesson is basically just to cover our backs as we go on to talk about why bingo is usually aimed at a female audience, and what type of person tends to play bingo and why.

So please, don’t get cross with us, don’t shoot the messenger, we love you all equally! The fact is though, that around 75% of bingo players are female, so why is this?

Is Bingo A Game for Women? 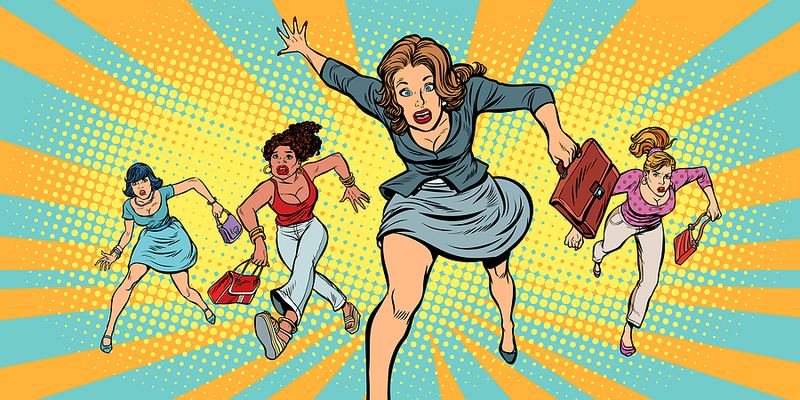 No way, and at some points in history it was quite the opposite. Bingo’s reputation hasn’t always been the way it is today.

The game has been around in one form or another for centuries, and it used to be played by soldiers during war time (it was the only gambling they were allowed to do at one point – probably because you can’t get into a fight over bingo as it’s not really possible to cheat), so it clearly wasn’t a ‘girls game’ at that time.

During the 60s it attracted more people than professional football, with 14 million registered players and 150,000 playing each week. The gender mix was much more balanced too as groups of friends and couples made an evening of it.

Today though, many people’s idea of bingo is still little old ladies surrounded by bingo tickets in bingo halls. This is an outdated image for sure, but it didn’t come from nowhere. It’s a hangover from the late 90s and early 2000s, when bingo seemed to be on its last legs.

The game was saved in many ways by the internet, but even in the modern age with internet bingo everywhere you look, the game is still aimed at women – just look at some of the website names; Kitty Bingo, BingoMum, 888 Ladies, Love Hearts Bingo, Bingo Besties, Cheeky Bingo, we could go on and on.

A 2020 study showed that 4 out of 5 online bingo players were stay at home mums, so there is clearly more interest from female players than male players, and the operators market to their target audience as you would expect. This creates a bit of a vicious circle; the marketing is aimed at women so more women play and men are less likely to have their interest piqued – but why has it happened?

Why Do Mostly Women Play Bingo? 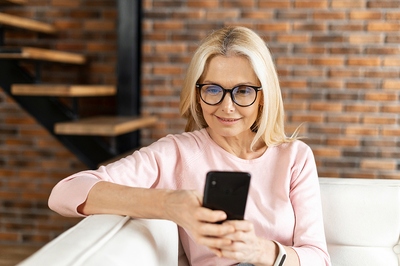 This is where the stereotypes really start to land.

Bingo is an exciting game for sure, but it’s more gentle than most other forms of gambling. What’s more, there isn’t really a competitive edge in the same way as games like poker, where part of the enjoyment might be ‘getting one over’ on your opponent; and that is a traditionally male characteristic.

Just look in a bingo chat room and you will see all of the supportive messages players send each other; GL hun, Well done MillieXoXo, Nice win, maybe my turn next LOL – etc. It’s all positive stuff, and the chat hosts can border on being sickly sweet the way some of them talk.

This isn’t going to appeal to the stereotypical young bloke whose idea of a good time is drawing phallic shapes on his best friend’s forehead while he’s asleep. Neither will it appeal to a stereotypical 50 year old businessman who has meetings to go to and spreadsheets to worry about.

To understand why the game appeals more to females, ask yourself a question; what is bingo?

There are around 3.5 million people who play online bingo in the UK, and statistically, 7 in 8 stay at home parents are female. This is 87.5% of stay a home parents and it is a huge target market for bingo companies.

If you are looking for something fun to do in the gaps between feeding, napping and entertaining babies, online bingo fits the bill perfectly. It also gives you the chance to socialise with other people in similar situations and you can dip in and out as you need. It’s not mentally taxing either, and those of you with kids will know that this is a very important consideration!

Real life bingo halls are more likely to be visited by women too, and it’s for the same reasons, although the age range shoots up – it’s less stay at home mums and more time rich pensioners (although this is changing). It makes sense; not all older people are internet savvy but they still want companionship and to enjoy themselves, so they do it in person.

Bingo simply appeals to the more traditionally female characteristics, and it fits in with the lifestyle of many young Mums, and older ladies who need a safe welcoming place to meet their friends for a natter and a bit of excitement. 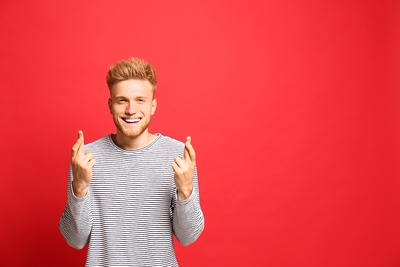 They certainly do, and in increasing numbers too, especially in the younger age brackets. We actually have an article about this here.

Like we said, stereotypes are based on facts, but they aren’t hard and fast rules, so there are plenty of men who love everything that bingo offers and don’t fit the laddish stereotype or the boring briefcase carrying stereotype at all.

In fact, around 25% of all players are men these days, which may seem like a smallish number but it is actually up 7% so men are coming back to bingo in a big way. That said, women are likely to dominate for the foreseeable future, but it’s encouraging to see the numbers changing.

This is because old fashioned ways of thinking are dying out. The idea of what a ‘man’ is has been changing for years, and it is much more socially acceptable for a fella to daub a few bingo tickets without his mates staging an intervention.

It’s also a good way to spend your last few pennies if you have been betting on the football (statistically more likely to be a male pursuit) and don’t have enough left in your account for anything else. So younger male players are being introduced to online bingo because it’s their only option when their funds are running out.

What Type of People Play Bingo? 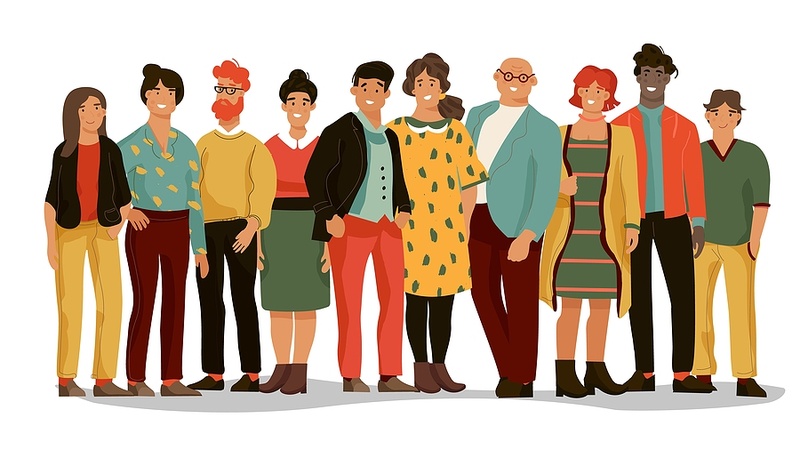 So we know a fair amount about the gender divide and why that occurs, but apart from what we’ve all got between our legs, what sort of person plays bingo?

There have actually been several studies on this subject, although they tend to focus on online players.

One study aimed only at online players found that bingo fans are more likely to live in smaller towns away from the city. This makes sense when you think about it, because there is less competition from other entertainment options. This is why bingo used to be so popular back in the 60s before all the cheap restaurants, retail parks, and 3D cinemas.

Interestingly, bingo players are much more likely to be or have been in a serious relationship too, with only 31.51% reporting in as single. Whether or not they were also ‘ready to mingle’ was not made clear.

In terms of age, around one third of online players are between 25-34, which is 34.73% to be exact, and less than 5% were over 65. As we mentioned earlier though, older players are more likely to be attracted to high street bingo clubs than online sites.

When it comes to withdrawals, the results were pretty interesting. This table shows the minimum winnings it takes for people to make a withdrawal:

Where would you be in this table? You can also see the previous year’s results in this graph: 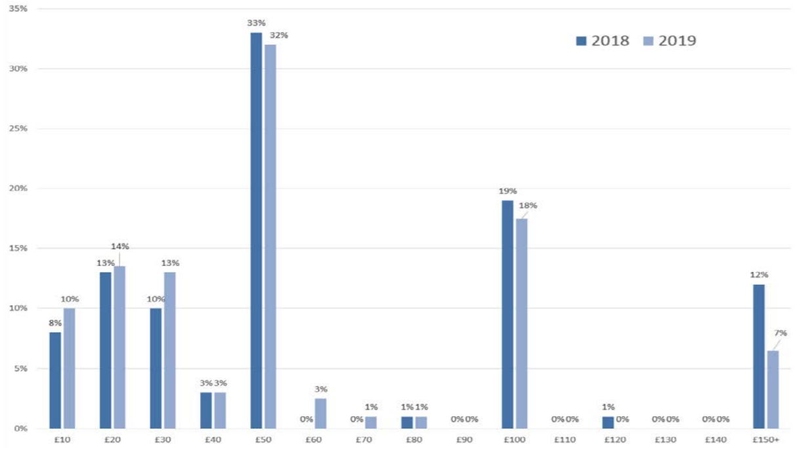 91% of players spend less than £100 a month so very few people are throwing serious cash at their hobby, which ties in with the withdrawal amounts above, and bingo players are a responsible bunch too, with over 70% using the deposit limit responsible gambling tools.

As for how, when and why they play, 65% get daubing in the evening and 55% of players do so in front of the TV, which ties in with many respondents saying they play bingo mainly to relax. Around 28% of us only use a single bingo site, with another 40.5% using between 2-5.

That gives us a pretty good picture of your average online bingo enthusiast, and you can also see where you fit in.