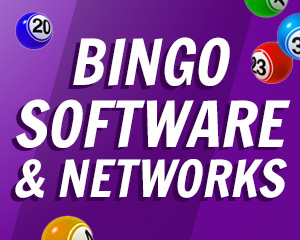 Whilst on the face of it many bingo rooms look as though they operate as simple websites, there is in fact some complicated software running behind the scenes.

This software generates the bingo cards, randomly selects the balls that are drawn and keeps track of players winnings. It even allows you to play side games such as slots and scratchcards and chat with your fellow bingo mates.

Many bingo sites license this software from experienced bingo development companies rather than create their own – after all, these companies have been making bingo software for decades and certainly know what’s what.

Using a licensed software also gives the bingo site the option of being part of a network of sites – this is where players are pooled between sites to increase liquidity, resulting in a more active site, more frequent and varied games and, most importantly, bigger prizes.

Not all sites are members of a network, however, and some do choose to operate their own software and run their own games. And whilst this does reduce their potential player base, it gives the site the freedom to do whatever they like – including novel features such as playing bingo with webcams.

One of the best networks in the bingo business is Virtue Fusion, operated by iGaming giants Playtech.

They offer a range of different bingo games, some massive progressive jackpots, and some pretty nifty features such as multi room bingo where you can play more than one game at once, and a mobile bingo room compatible with most smartphones and tablets.

Most rooms are networked, although some bingo sites operate exclusive rooms and games.  All of the biggest brands use Virtue Fusion as their bingo game supplier and that should tell you all you need to know.

Dragonfish was a subsidiary of the 888 Holdings company PLC, sold to Broadway Gaming in 2021. The software powers a huge number of extremely successful online bingo sites.

The company have been in operation since 2007, and they have since built a fantastic wealth of knowledge and force within the online gaming industry.

Each of the Dragonfish sites offer a real sense of style and personality, and they tend to follow very bold and unique theming and designs. The bingo on offer gives players a very varied and personal feel and its very easy to see why many sites choose Dragonfish these days. 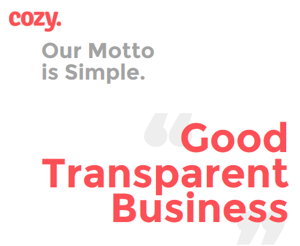 Cozy Games was established back in 2005 and grew to become one of the biggest bingo network provider and white label operator, making their own bingo, slot and instant win games.  At one point the network had over 50 sites with 17 different rooms.

In 2017 the company was bought by GVC (owners of Gala, Coral, Ladbrokes and others) and was renamed ElectraWorks in 2019.  Entain (the new name of GVC) dumped its white labels and most third-party services to covert the company into an in-house proprietary games developer and network.  The sites on this network are now very different and include Coral and Ladbrokes.

Daub originated back in 2008, and have since gone on to power some of the most successful online bingo sites around. They did however vanish from the scene for a few years from 2009 onwards, and a couple of the original Daub sites were sold on to other companies.

After a few years hiatus however away from the online gaming scene, the brand emerged once again in 2012 even bigger and better than before. The Daub brand merged with the Stride Gaming Group company (part of the Rank Group), and they now power 8 online bingo and casino sites in total to much success.

The sites offer a very personal and intimate feel throughout, and each one is maintained to an excellent quality. The company focus on customer satisfaction, and are constantly working to develop and improve.

The flagship site running on the B-livegaming platform is the revolutionary site Bingocams.

The site was first launched in 2009 in the Netherlands, and it was the first ever social gaming platform to introduce the world to live webcam bingo. In 2011 the software came to the UK, and it still remains one of a kind today.

The site offers innovative technology and features which enable players to see each other face to face whilst gaming, and it also helps to capture those exclusive 'Live Win' moments. The software may only operate one site at this time, however this should ensure you how incredibly successful it is and give you peace of mind knowing that all of their time is dedicated to just one platform.

Jumpman Gaming may be one of the newer networks around these days, but it's certainly not lacking in strength and experience.

The company which is affiliated with the 15 Network formed in 2011, and they have since gone on to power some of the most popular online bingo sites on the market to date.

The main thing that makes a Jumpman Gaming site stand out from the crowd is its use of such bright, bold and colourful theming throughout. You cannot miss a site powered by this software, and the eye catching designs offer players a real sense of excitement and fun. 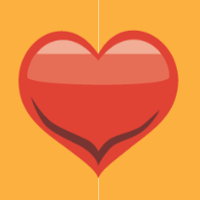 As a lot of online bingo software companies power several different bingo sites these days, sometimes it's nice to look for something slightly more individual and bespoke.

If you're looking for an online bingo site that perhaps has something a little more unique to offer, then there are a handful of fantastic sites out there which are powered by their own branded independent software's.

These sites can offer a completely different style of gaming compared to some of the bigger networks, and they will each have exclusive features and prizes too. As most of these software's will only power one site too, you know that you will be experiencing excellence across all areas.

The Intouch Games brand first launched back in 2001, and the company initially started out providing physical slot machines to the pub trade and bookmakers up and down the UK.

In 2006 they moved into online gaming, and they now currently power 4 of the most popular bingo and casino sites around. They pioneered one of the first ever mobile gaming apps, and their simple technology took the online gaming market by storm.

The bingo on offer is fairly basic throughout, but all the 90-ball games are extremely easy to play.  There are lots of fun themes and the rooms are nice and varied however, and the casino and slots titles are all totally exclusive to the brand. Intouch are the go to software for today's busy on the go gamers.

Pragmatic Play are one of the newest online gaming software companies in town. They started operating just a few years back in 2015, but they've already won several awards and proved they are ones to watch.

They started life as an online casino provider, but have just recently turned their hands to online bingo too. They offer a wide range of games form 30-ball speed bingo through to classic 90-ball style games, and their graphics and layouts are some of the best quality around.

Unlike most other networks, they don't power any individual online bingo sites themselves. They design and build games for lots of big branded online gaming sites however, and then tailor packages to each specific client.

Microgaming was one of the world leaders in software design and development in the gaming industry. They powered some of the biggest online bingo sites around, but it was their personal slots titles that really made the brand shine.

Bingo variants were generally kept quite basic however, and you would only really find versions of 75 and 90-ball bingo games on this software. The games were constantly maintained to an exceptional quality though, and they were perfect for people who enjoy a more classic style of bingo.

The brand also incorporated lots of branded online bingo rooms within most of their sites too.  Microgaming however took the decision to close their bingo network in 2020 with most brands wither removing bingo entirely or moving to a different network.

The original GTECH software was used to power sites such as OK Bingo and Yahoo Bingo from around 2006 onwards. The sites were pretty successful at the time, however in 2014 GTECH decided to merge with one of the leading internet gaming companies in the world, International Gaming Technology PLC.

You will still find many online lottery, poker, sporting and casino sites powered by IGT these days, and the company are still extremely successful within all of these fields.