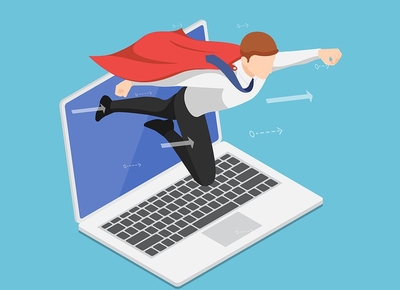 Depending on your age, you may or may not remember the dawn of the internet. Although it was officially ‘invented’ in 1983, it wasn’t widely found in homes until the mid-90s, and this is when most normal people started to come into contact with it.

At the same time, the traditional game of bingo was on its knees. Halls were closing left right and centre as newer more exciting options for evening entertainment became available, alongside more affordable products like wide screen TVs and cheap movie rentals that were keeping people at home.

Fast forward a decade to the smoking ban and bingo is given a life threatening kick when it is already down.

However, by this point the internet had become commonplace and the first smart phones were beginning to be produced too, allowing internet access on the go.

Online bingo had been in existence since the mid 90s, but it was in the early 2000s that it had started to snowball, and once players could get access on their mobiles it changed everything.

For bingo as a whole, the timing couldn’t have been better.

Why did the Internet Help Bingo?

Aside from the timing being a huge lucky break, the internet ‘saved’ bingo in other ways too, or maybe it would be more accurate to say that it reinvented bingo.

Bingo halls on the high street continued to suffer as online bingo went from strength to strength, because it gave players so many more game options, much more control over when, where and even how they played, and it was also much cheaper.

A bingo hall selling 5p tickets wouldn’t be open for very long, but an automated piece of software on a website that runs throughout the day certainly can. It also allows players to log on and join a game whenever they want to. 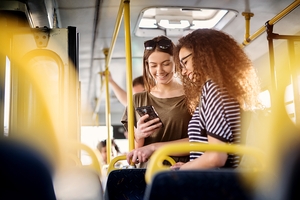 For bingo fans on their lunch break, mums alone at home looking after sleeping babies, and those who had evening jobs which kept them away from the bingo halls, this made a quick game of bingo a possibility again by taking away the barriers.

It also meant that a broader range of people would access the game, especially younger players who would be more likely to hit the town in the evening than go to the bingo. They could play on their commute instead.

In fact, the record for the largest number of people on any one site in a single day stands at 21,571, and that was set in 2020. That’s just for a single site.

Things have started to cycle back around too, with online bingo fans heading back to the bingo halls once or twice a month for a more authentic experience and a real social event. The venues themselves have taken inspiration from the innovation of online companies and applied it in the real world, bringing bingo halls up to date and making them attractive options for a night out again – companies like Bongos Bingo have taken things even further by creating a version of live bingo gone berserk.

Thus, the invention of online bingo led to the reinvention of real life bingo, and the game who’s light was once going out is now starting to burn more brightly again.

How Online Bingo Changed the Game

As well as some of the things already mentioned, online bingo games were inherently able to come up with bright ideas that wouldn’t really work in a bingo hall.

What’s more, the games themselves can be themed and the format messed around with online in a way that just isn’t possible in person.

How on earth would a game like Cash Cubes work in a bingo hall for example? It allows players to buy tickets for different prices for goodness sake – can you imagine the logistical nightmare trying to arrange that at your local Mecca? Or the potential for people to fall out?

Fans of Coronation Street Bingo or Deal or No Deal Bingo might ask the same question about these themed games. They only exist because of the internet both in theme and with the features included, and it’s the only place they really work.

Speaking of features, Rainbow Riches Bingo has 3 community jackpots which are triggered by four leaf clovers being drawn instead of balls, and these collect over many games before each jackpot finally falls. As a feature it’s great fun, but in a bingo hall it would be incredibly difficult to manage. We have the internet to thank for interesting extras like this.

Online games are also played much more quickly than their real life counterparts, which makes them better suited to us modern day folk who find it difficult to concentrate on anything for more than a few seconds. People can use a few games of bingo in the same way that they can have a quick scroll through social media; it’s fast, it’s fun, and it’s easy.

Bingo Without the Internet 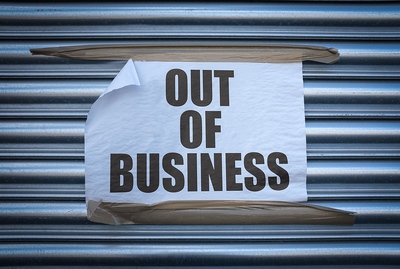 Imagine for a minute that the internet had never been invented, or was never used for anything other than business – horrible thought isn’t it, we’re shuddering.

That would mean that the only way for bingo fans to get a decent game would be to go to a bingo hall; but since there were so few of them left by the mid 90s and early 2000s this was easier said than done. Believe it or not, some areas of the UK don’t have a single bingo hall.

Since the 1980s when there were over 1,000 bingo halls in the UK, there are now only around 350, and although the decline has slowed down now, without the internet raising the profile of the game this might not have been the case.

Lot’s of the bingo halls still in operation are run by brands with an online presence too, so how much of their survival relies on the money made on the internet?

If numbers continued to drop by around 30% every 10 years from 2015, bingo would be almost extinct in the UK by the turn of the next century:

Of course, the decline wouldn’t continue in this structured way for all of that time; with most halls being owned by chains the businesses would eventually go bust taking huge swathes of bingo clubs down at the same time, and with the rates of decline that would probably happen before 2055, and that would be the end of bingo.

You might still get games being played at church halls, or for fun, but as a night out the party would be over.

So thank goodness for the internet! Hopefully this reversal of bingo’s fortunes will carry on long into the future.