Housey is a game that takes the idea of bingo and flips it over to the world of casinos, by using playing cards instead of bingo balls.

If online casino isn’t something you are interested in though, don’t be put off, because playing the game is much simpler and far less intimidating than trying to take on the dealer.

Playtech and Virtue Fusion are the brains behind this bingo remix, and as well as being a little different to look at, the game is also slightly different in the way it is played.

It’s no more difficult though, we promise!

How to Play Housey 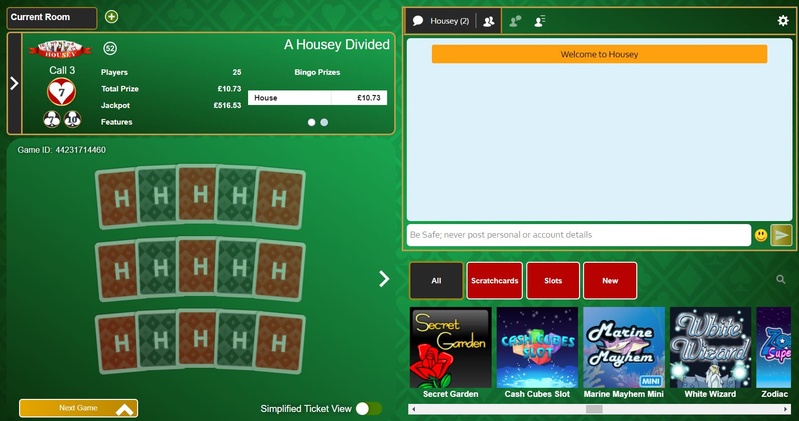 The process of buying tickets is exactly the same as any other bingo game, so there is nothing new to learn to begin with. You can get set up as normal and wait for the game to start without any trouble at all.

What is different, is that each ticket buys you a ‘hand’ of 5 cards instead of a ticket with 10 numbers (like you would get in 50 ball bingo). You can buy as many hands as the game allows though, and each one will have its own identification number.

As the game starts, cards will be drawn from the pack and if the card that is drawn matches a card in one of your hands it is marked off using a poker chip. So you see, gameplay might be a little different in the way it is set up, but the game itself is exactly the same – you are just marking on matching numbers/cards. 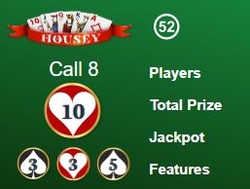 What might throw some players at first is that you can have the same number twice. This is because there are four suites in a pack of cards; hearts, diamonds, spades, and clubs, so there are four of each number in a pack. That means you have to pay attention to the suite as well as the number in Housey.

It doesn’t help that two suites are black and two are red, so it is easy to mix them up if you only have one eye on the game. If the 10 of clubs is drawn (a black card) but you have the 10 of spades (another black card), you cannot mark it off.

The first person to mark off all 5 cards in a single hand wins. Simple.

And pretty quick too. A game can be over in minutes so you can get through a lot of games in a short space of time. 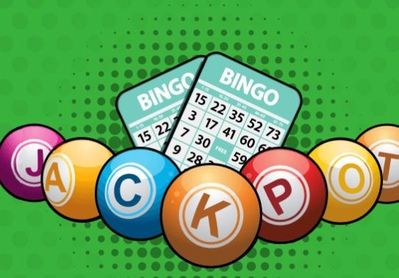 It’s all about team spirit over at Housey, and that’s why when the progressive jackpot drops, everyone wins.

To trigger the jackpot someone has to win their hand in 7 cards or less, and as anyone who plays regularly will no, that is no mean feat.

The payout has a minimum total of £500 and it will be split 50/50 between the person who won and the rest of the players in the room who have bought tickets.