Is there a modern day TV series that is more famous and universally loved than Friends? We can’t think of one.

Over ten series a whole generation of us grew up with Ross, Rachel, Joey, Phoebe, Chandler, and Monica, and their faces have been plastered over merchandise all over the world, which continues to this day.

Well, their fame has even reached the wonderful world of bingo, and this guide will take you through the game based on the ground breaking TV show.

It’s a fun game for fans of the show and bingo fans alike, with enough extras to make it interesting but not intimidating.

How to Play Friends Bingo 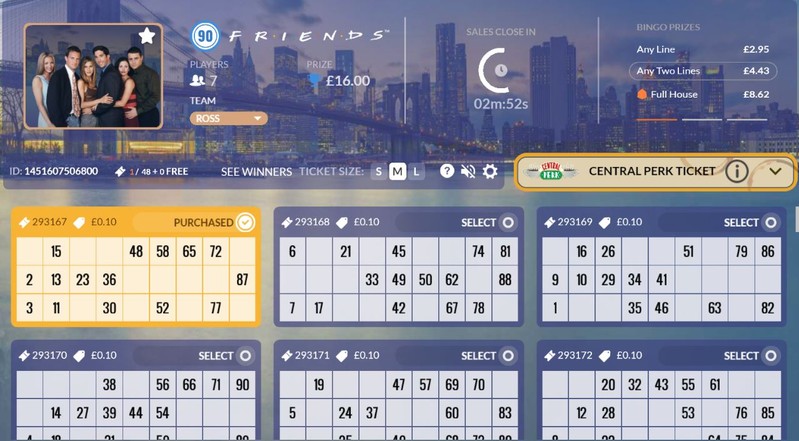 This is basically a traditional 90 ball bingo game with a strong theme, a community pot, and a jackpot feature, so it’s not much of a leap for players unused to variations.

This means that you buy your tickets and mark them off as normal, claiming prizes for one line, two lines or a full house, with the prizes scaling up as you go and being based on the number of tickets sold for that game.

However, there are a few extra things to think about here. 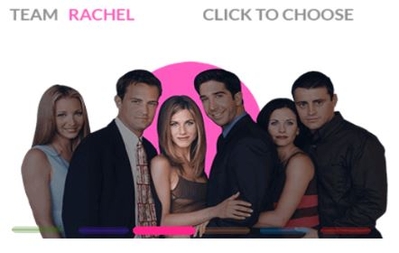 When you buy your tickets you also have to choose a team; team Ross, team Rachel, team Monica etc.

This is related to the community pot, because each team represents a number of balls:

There is then a bit of a competition between the Friends, and the one who has seen the most of their balls called during the game is the winner.

The community pot is then split between all players who were on that team.

It’s only £3 but it pays out on every game so if you pick the right team a few games in a row it can help cover the cost of your tickets, especially if not many other players picked the same team.

This is a three stage jackpot in some sense, because the prize you get for winning it depends on exactly how you win it.

The Central Perk ticket is different for every game but is the same for all players, and as numbers are called they are marked off this ticket as well as those bought by each player.

If this final number completes a full house on the Central Perk ticket then the main jackpot is won on top of the regular bingo prize. Other payouts for lesser results are below:

If the final number is not on the Central Perk ticket then no extra prize is won, only the regular bingo full house prize.