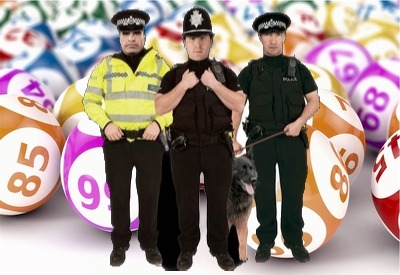 Bingo is a social activity amongst many other things, so it stands to reason that groups of friends might enjoy playing together.

Check out any bingo hall on a Friday or Saturday night and you are likely to see friendship groups at loads of tables, chatting (not too loudly!) and having a good time.

For bingo mad social circles who want to perhaps host an evening of entertainment at home then, bingo would be an obvious choice – taking it in turns to be the caller, making up your own funny bingo calls, etc.

Local societies looking to raise money might think along the same lines, after all, everyone loves a bit of bingo and it’s an effective, inclusive way of fund raising because literally anybody can learn how to play.

But some people might worry about whether or not this is all ok given that bingo is technically gambling. Other people might laugh at the idea of someone worrying about the legality of home bingo; after all, what’s a game of bingo between friends, right?

Whichever side of the fence you sit on, there has to be an answer to this question, and this little article will reveal it.

So, should you swap an evening of hosting bingo for a raffle or a Tupperware party instead? Let’s find out.

When Does a Game of Bingo Need a License?

Bingo is gambling so the question of licensing is a good one. You don’t want the police kicking your door in just as your auntie Doris has got settled and you call eyes down.

Bingo can be played for cash or prizes, although confusingly the prizes can also be cash. We just said we would keep this simple didn’t we?

Basically, a cash game would mean the prize could go up or down depending on the number of tickets sold whereas a prize game has a fixed prize, whether that is a cash amount, a holiday, or a cuddly toy.

Generally speaking it’s only commercial bingo halls that offer cash games because you need a gambling license from the UK Gambling Commission for that.

Bingo games for prizes can be held at venues like family entertainment centres and adult gaming centres – think Butlins and seaside arcades – with just a permit from the local council. However, they don’t have free reign:

Interestingly though, under 18s are allowed to play in these games, while they wouldn’t even be allowed inside a commercial bingo hall.

Outside of this, it is actually possible to host a bingo night and sell tickets to the public without a licence or a permit, but you do have to follow some rules to make it ok.

When Does a Game of Bingo Not Need a License?

It’s actually easier to legally host a game of bingo than you might think. The specifics of your situation will dictate the rules you have to follow, but once you know what category you belong to it’s all fairly easy to understand.

If you were part of a society or a charity wanting to raise money for good causes then this would be the category for you.

It obviously has to be non-commercial, meaning that no one is allowed to make personal profit from organising the bingo night – if that’s your angle you will need a proper license and all that stuff.

The words ‘equal chance’ mean that all players must have the same opportunity to win, and since bingo is a game based on luck so that’s a big tick; plus, they must not be competing against any sort of bank, and in a game of bingo the players are all competing against each other, so this is another big tick.

You can still charge a participation fee and give out prizes, although:

Once again under 18s are allowed to take part in bingo nights like this, and usually an entrance fee is charged rather than individual ticket prices.

Private gaming has to take place in a venue that the public don’t have access to, like a residential home, halls of residence, or your dining room.

The game cannot be run for profit and no participation fee can be charged either, but that doesn’t mean you can’t play for cash.

A gaming stake is not considered to be a participation fee (again, confusing isn’t it!) so players can still buy tickets, and that means the winners can still win cash. The key thing is that all of the money spent on tickets must be paid out again as prizes, none of it can be kept by the organiser even if it is for charity.

So long as these rules are followed you can organise a private game of bingo without a license, a permit, or even so much as a letter from your Mum or Dad.

Under 18’s can legally play as well.