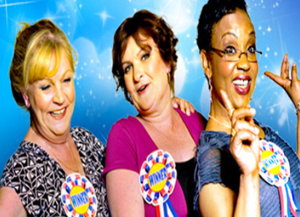 Bingo is well-known for its fun and social gaming style, however it also offers players the chance to win absolutely massive prizes too. Thousands of pounds are won playing bingo all over the world these days, and some jackpot prizes can be completely life changing.

One of the most exciting things about the bingo game itself, is that it is essentially a game of chance. Literally anyone can win at any point, and you could deposit just a few pennies and end up winning thousands, or even millions of pounds within minutes.

Here at bingowebsites.org we’ve put together a list of some of the biggest bingo winner’s stories we know of. It may seem hard to believe at first with tickets costing as little as just 5p a card, but you honestly can win pretty bonkers amounts on bingo. This article will give you an insight into what it’s like to grab a massive jackpot, and show you how a simple game of bingo really could change everything.

In January 2008 in Merthyr Tydfil in Wales, Christine Bradfield and her sister-in-law Lorraine Williams, were playing at their local Castle Bingo club. They’d played there for almost 11 years, however this night was slightly different as Christine went and bagged the jackpot.

The 53 year old shop assistant was playing on the National Bingo Game when her luck came in, and she became the first ever Platinum Jackpot winner in the world.  She scooped up a massive £1,101,686 pounds, and decided to split her winnings with her sister-in-law Lorraine.

In an article in the  Daily Mail, Christine said:

“We always share everything whether it’s £10 or £1,000,000. I wouldn’t dream of doing anything else. Lorraine is a family friend as well. We’ll enjoy the money twice as much by sharing it around,  we’ll go on a cruise together!”

Speaking on the whole night in general, Christine added:

“I feel totally overwhelmed and shocked. All together we only spent about £16 for all the bingo tickets on the night, but my husband does complain how much I spent on the bingo. He’s not complaining now though”.

She then continued to say how much she’s loved playing bingo ever since she turned 18. She had played at the same bingo club for over a decade, but she’d never won anywhere near as much as this before. She said:

“I’ve had a few nice wins over the years but nothing anywhere near this. I couldn’t believe it when they told me it was believed to be the biggest in the world. I didn’t sleep all night but Ray had to go to work in the morning.”

Despite her winnings, Christine vowed to return to work at her local garage the next day as usual. She said that she couldn’t be left at home as she’d just go out shopping all day spending her winnings, and as a mother of 2 and grandmother of 3, she said how she wanted to spend a lot of it on dream holidays for the family.

“It’s always me and Chris. We were like partners in crime and we always shared our winnings, so I knew this time would be no different.”

Also a mother and a grandmother, Lorraine said how she wanted to treat her family to a few luxuries along the way. Both ladies said they would still continue to play twice a week at the club as usual too, as its only added to their joy of the game of course.

“The place erupted, everyone went wild. It was amazing. Word spread quickly so that most people in the town knew before the end of the evening. We are delighted for Christine and hope she thoroughly enjoys her win. We look forward to her coming back here to see all her friends”.

In 2008, Soraya Lowell became one of biggest bingo winners in the world. The 38 year old Lanarkshire based mum of four scooped up a whopping £1.2 million pounds, whilst playing on the National Bingo Game at her local Club3000 bingo hall in Scotland.

What seemed like was going to be an ordinary evening out with pals to begin with, suddenly went on to change her life forever. The Platinum Jackpot happened to be up for grabs when her lucky numbers were called that night, and she instantly became a millionaire.

She netted a gigantic £1,167,795 prize to her complete shock, and to much surprise she decided straight away to split the funds with her next door neighbour. Soraya and her 68 year old neighbour, Agnes O’Neill – also from Lanarkshire, were together on the night when Mrs Lowell won the massive jackpot. It was a no brainer for her that she split her winnings, as herself and Agnes had always played by those rules.

According to an article in the Daily Mail, Soraya stated:

“We always share whatever either of us wins, and this time will be no different.”

“I’ve had a rough time the last three years. I’ve been very ill and Soraya has cared for me which meant my husband didn’t have to retire early. She has been wonderful to me. What she has done for me is absolutely something else.”

Apparently the Club3000 bingo hall in Coatbridge, Lanarkshire, erupted when Soraya called house on the number 90. Players jumped up and down cheering and shouting, and the party continued through the night as she celebrated at her home with family and neighbours until 6am. Mrs Lowell was a cleaner at the time of the win, but vowed to still return to work as normal.

Unfortunately it was reported in 2012, that Mrs Lowell had actually declared bankruptcy due to unpaid debts and taxes. A local newspaper article said that she was unable to keep up payments on her Lanarkshire home, and it stated that the house was eventually repossessed. This information was based on rumour however, nevertheless  it’s always worth seeking financial advice should you be lucky enough to win similar funds in the future. Large sums of money can be difficult to cope with, so be sure to get the correct help should you ever need it.

It was 2012 when Lisa Potter from Oxfordshire, became one of the highest recorded winners on the Ladbrokes online bingo site. Apparently she had a spare minute in the day, and decided to jump online whilst husband Terry was engrossed in a 2012 Euro Championship football game.

“I have no idea what possessed me to play. I only play now and again, and it’s usually on a Friday. It was so surreal. I was trying to phone my mum and I couldn’t get my mobile phone to work. I had to get the kids to use the house phone”.

Lisa and her partner planned to treat their family to a luxury holiday as well as a new house and car. The couple had been married for 8 years prior to the win, and husband Terry was earning just under £30,000 a year as a mechanic.

“I was a single mum for a while and that was a struggle. I got together with my partner and he has worked every hour God has sent to put food on the table and provide for the children.

“I have always put the children first, so I do believe I might have a little shopping trip. I haven’t had a holiday in 6 years, and I would love to visit my friend in Gran Canaria. I’ve never been on a plane either, so I will need to get over my fear of flying. But saying that, the money is for the future. I do not plan on squandering it”.

“As one of the highest winners at Ladbrokes online bingo ever, we bet she’ll never moan at her man for watching the footie ever again”.

The biggest ever online bingo jackpot was won in December 2012 by John Orchard, a 60 year old grandfather from Lincolnshire. It was a win that shocked the entire online gaming community, and it beat all other records hands down.

John was working in his local job centre at the time, and he’d only been playing on the Butlers Bingo website for just a few days before his catastrophic win. He bet a mere 30p deposit on the popular Dark Knight video slot, only then to walk away a multi millionaire just seconds later.

“I just couldn’t believe I’d won. This will change my life completely. I was looking at working for another 5 years at least, but not any longer now”.

After his win, Mr Orchard waited hours to tell his wife about what had happened as he knew she wouldn’t believe him at first. When the gambling firm called up to confirm the news, Mr Orchard then handed the telephone over to his wife. 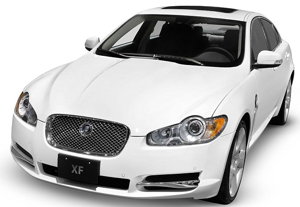 Although John vowed to keep his feet on the ground, he did also trade his Renault Clio for a swanky Jaguar XF. The lucky couple had a great granddaughter who lived in Canada too, so they planned straight away to use the cash to fly over. They also wanted to also celebrate their 25th wedding anniversary in style that year as well.

Ian O’Farrell who is head of promotions at Butlers Bingo said:

Mr Orchard retired from his job pretty much straight away after the shock of his good fortune had sunk in, and speaking to the press John said:

“With all this money, I just wouldn’t feel right going back to work at the jobcentre. We don’t want this money to change us for the worse, but it is going to change our lives. We just want to do the right thing.”

Anita Campbell – Two Wins Of Over £1.M In Two Weeks

This lucky mum of four from Seaham in County Durham, managed to scoop two massive online bingo wins within just two weeks. Anita Campbell became a millionaire within a mere 10 days, bagging two wins of over £500,000 online at Mecca Bingo.

According to an article in the Metro, Anita had been struggling to make ends meet on Universal Credit for more than a year before her double win. She said:

“It’s still a bit of a dream. I’m over the moon and I still can’t believe it. I thought straight away I can help my kids with this money.”

Within just hours of opening her Mecca Bingo account, Anita won a massive £597,000 jackpot. As if this wasn’t enough excitement for one week, she then won a further £552,000 just 10 days later. This type of luck is somewhat rare, however it’s proof that it really can happen to anyone at anytime.

Anita moved out of her rented home into a new property, and she gave away all old furniture to people she felt might needed it. She also used a chunk of her windfall to pay off debts following her mother’s funeral, she bought her dad a new home, and then she also paid for her daughter to undergo IVF treatment.

In an article in the Daily Mail, James Boord of Mecca Bingo said:

“We’re delighted for the winner, what a fantastic stroke of luck she’s had. It’s a great feeling when someone wins big and it changes their life. We wish the winner and her family all the luck in the world”.