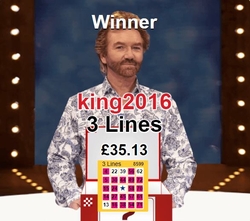 Based on the much loved TV show of the same name, Deal or No Deal Bingo recreates some of the tension and excitement of Noel Edmund’s game show but from a bingo angle.

The great thing about this game is that on top of all of the usual prizes for 1 line, 2 lines, full house, etc. it is also possible for the full house winner to bag considerably more by getting lucky in the feature at the end.

This makes it a very popular game which has the added bonus of making the regular prizes pretty meaty since so many tickets have been sold.

There is a 90 ball and a 75 ball version of this game, but apart from a few minor differences such as the jackpot seed they work in more or less the same way, so we can talk about them as one in this guide.

How to Play Deal or No Deal Bingo 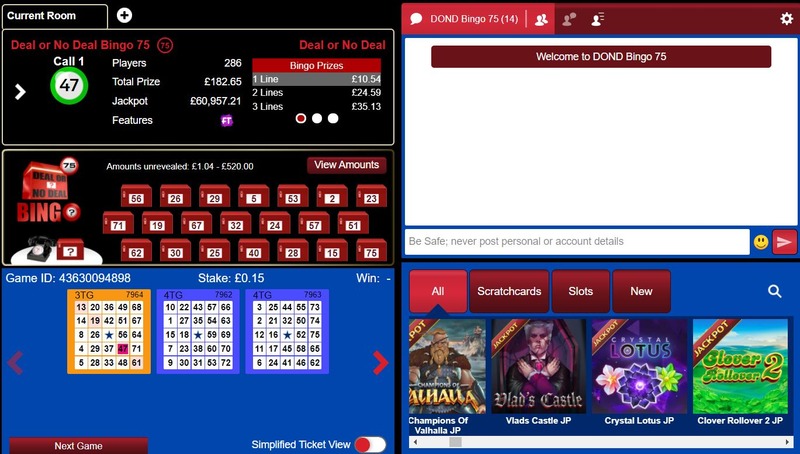 Once your tickets have been bought it’s just a case of watching, waiting and crossing your fingers really, but the balls are drawn at a steady pace so there is certainly no time to get bored.

The 90 ball version works as normal with chances ways to win, while the 75 ball game offers five chances to win.

As well as the usual stuff you expect to see in an online bingo room, you will notice that Deal or No Deal Bingo also displays the famous red boxes, and this is where the special feature comes into play.

These all have a pre-determined amount of money in them, and when the ball matching each box is drawn, that box opens and the prize inside is removed from play. This becomes important for the feature at the end which we will cover below.

What’s more, the progressive jackpot can be won which is split 50/50 between the actual winner and the rest of the community with tickets to that game.

It regularly climbs past £50k too so this can be huge. 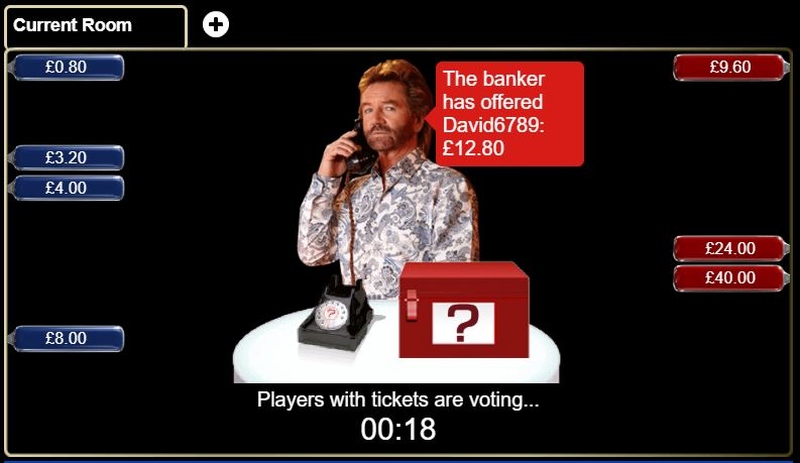 Whoever wins the full house prize also has the opportunity to win a lot more by completing the red box feature.

Over the course of each game certain boxes will have been eliminated as explained above, and whatever is left will be calculated by the banker before they make an offer.

The higher the top prize still left in the game the higher the banker’s offer will be, but it will always be less than the most lucrative remaining box. The winning player gets to decide whether to accept this offer and take the money, or reject it and win the unknown (but potentially higher) amount that is in their box.

This is just like the original show, and the decision could be the difference between winning £500+ and just a few pence.

If more than one player wins the full house then the deal or no deal decision is removed and the player’s box will be opened automatically, and the prize inside split between them equally.

The rest of the players don’t need to feel left out though, they can vote on what they think the winning player should do (deal or no deal) – although they don’t share the spoils unfortunately – and the percentage split shows up so the winner can see the advice they are getting.