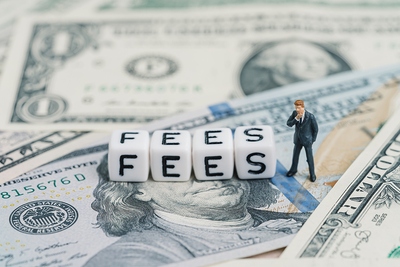 For anyone who hasn’t read the terms and conditions before they sign up (tut-tut very naughty), it might be a nasty surprise to find out that you have to pay for the privilege of withdrawing money from your chosen bingo site.

What a way to take the joy out of a big win huh?

This isn’t something that all bingo sites do, and it is becoming less common too, but there are still sites out there who take a little slice of any money you try to take back.

So why is this, and isn’t it a bit rich for a gambling site to seemingly penalise their players who are lucky enough to win the games that are provided?

Withdrawal and even deposit fees used to be very common, and the reasons behind the existence of these fees in the first place are the same now as they have always been – it costs the bingo and slot sites money to process your transactions.

A lot has changed over the years though, and this practice is dying out, especially in other areas of the gambling industry. So why are some bingo sites still charging like it’s 2008?

The Cost of Handling Money

If you thought that online banking, online retail, and other financial transactions handled over the internet just happened by magic, then you are very much mistaken.

There are now numerous companies operating as online money movers, and they need some pretty clever software to make it all happen.

Internet wizards are required to write complicated code, they need offices to base their staff in, they need loads of flashy computer equipment to power the system and make sure it never goes down, not to mention all the admin staff that it takes to run a big business like that.

This all costs money, and that’s before we even consider the fact that handling people’s cash needs to be mega safe and secure to pass regulations.

The way these fintech companies (that’s a fancy way of saying financial technology companies) cover their costs and make a profit is by charging the businesses that use their product a fee. This means that every company who takes online or card payments – which is just about everyone these days except maybe *Morag’s Café in John O’Groats – loses some of what you are paying them for their services.

The initial idea was that the businesses could make more money and work more efficiently by having the ability for online and card payments, and the extra money they made would more than cover the cost of buying those services from the fintech company.

These days though it is just an expectation that customers have, and any business that isn’t equipped for it seems old fashioned. You still sometimes get minimum spend rules for credit card payments in smaller online stores or local shops, but at big companies you can buy a bag of Maltesers on card if you want to.

*Morag’s Café in John O’Groats is completely made up and no offence was intended towards the fine people that live in the village, especially not the ones who love bingo!

How do Withdrawals at Bingo Sites Work?

It’s probably helpful to have a little look at the withdrawal process too so we can understand exactly what goes on behind the scenes, and why moving money is costly.

Doreen deposits £10 at her favourite bingo site and sits down for some fun. When she gets a full house an hour later and wins £42.85, she excitedly goes to the cashier section of the site and withdraws the lot, planning to take her sister out for lunch with the winnings. Doreen’s nice like that.

The request goes through to the payments department who run through all of the regulatory checks to make sure nothing untoward is going on like money laundering, and they then process the withdrawal.

This part uses a combination of clever software (which wasn’t free to obtain) and man-power to spot warning signs of illegal activity, problem gambling, identity issues, etc. They decide Doreen is an honest law abiding bingo lover and accept her withdrawal.

At this point, her £42.85 is sent to her payment provider who will pass it on to her. This all takes time and it also comes at a cost. The bingo company have already paid transaction fees to accept Doreen’s £10 deposit, and now they have to fork out again.

The costs could be:

Credit card transactions for gambling are banned in the UK, but we have included them to give you a clear picture.

These figures are averages because the actual amount will depend on the payment provider, the deal in place, and many other aspects, but it gives you the idea. There might also be other costs too depending on the services the site uses.

So next time you hit withdraw you will know that it sets off a chain reaction that costs staff time and company money. 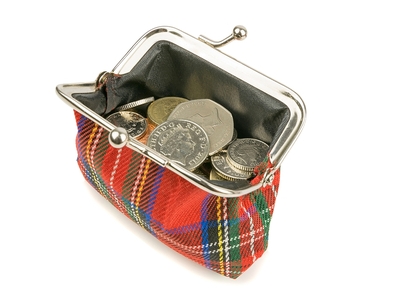 When it comes to bingo and slot sites then, these are costs they have to factor in. For the bigger brands it’s not really a problem because they have loads of players signed up, they make plenty of money, and they probably have better deals with the payment providers too.

They will pay for these fees out of their profits which means it is free for players. The only time they might have a fee in their t’s and c’s is when a player makes an unreasonable number of withdrawals or tries to take out tiny amounts of money.

For smaller sites with fewer players though, the margins are tighter because they don’t have the marketing budget to bring in the same number of customers as your Galas and your Meccas. Hence, they sometimes have to pass on these costs to their players.

The other thing is that bingo players tend to spend less than casino players and sports bettors. That’s right, our favourite game is lovely and cheap so we don’t need to set too much money aside to enjoy it. This also means that bingo companies make less dough.

This is why it’s almost unheard of to find an online sportsbook or decent sized casino charging for withdrawals, but you might find fees with smaller slots only sites and bingo sites.

It’s not because bingo fans are being unfairly picked on, it’s because we are playing in the least profitable area of the gambling industry and we are a pretty thrifty bunch on the whole.

Is it Fair for Bingo Sites to Charge for Withdrawals? 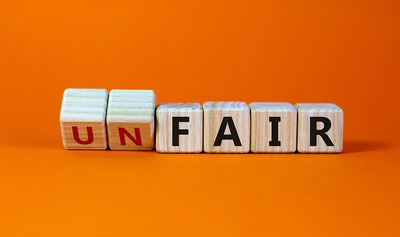 So we know why it happens, but do we think this is a good enough reason?

Their business costs should be factored in to their prices, offers, promotions, etc. It doesn’t really matter how well we understand their costs, it will still sting every time we have to pay to get hold of our own money.

On the other hand, it’s not really fair for players to mess around withdrawing a few quid here and there either, especially not if they are doing it several times a week. This is costly and time wasting, and even the sites that don’t charge withdrawal fees have measures in place to stop this behaviour, which is fine in our opinion.

Minimum withdrawal amounts are industry standard (usually around £10) and almost all sites reserve the right to charge a fee for anyone abusing the payment system as described above.

Sites may also allow a limited number of free withdrawals each month, after which a small fee will be issued. This is a good way to balance their costs with player responsibility and shows the casino are being fair.

You might also find that withdrawals are free on certain payment methods but not others. Usually, it’s just the more labour intensive options such as bank transfers or cheques (if anywhere still accepts them) that cost money, but it depends on the deal the site has with the payment provider.