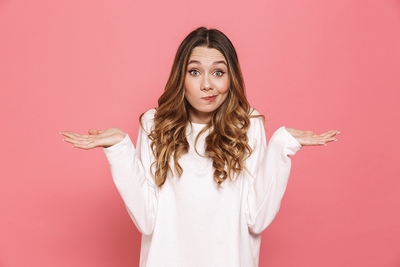 If you have been playing online bingo for a while or done a little bit of reading into it, you might have heard people mentioning different bingo networks and wondered what they were talking about.

It is a bit confusing to be fair; not only are there scores of different bingo games to keep on top of, but there are different variations of bingo such as 90-ball, 75-ball, 30-ball etc, and these are all found on goodness knows how many different bingo websites trying to tempt you through the doors with a bunch of different offers. Now you have networks to contend with a well? Phew!

Well don’t you worry your pretty little head, because we are going to explain what they are, how they work, and everything you might want to know about them in the simplest terms possible.

So keep reading, and you’ll soon be a network expert. 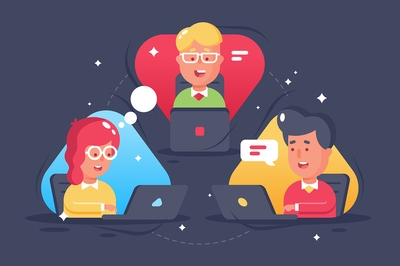 A lot of people don’t know this, but when you play a bingo game on your favourite bingo website, it is not actually the website that is running the game, it is the network. The site is working in partnership with the network who are letting the site use their games. If you have ever seen the exact same bingo game available at two different bingo websites, this is because both sites are using the same network.

A network is where every bingo game starts its life. They will develop and build the game, before then supplying that game to the various different bingo sites on their network. It’s a bit like the way a brewery will supply drinks to different pubs; all pubs that work with that brewery will sell the same drinks, even though the pubs are run separately.

This is actually pretty cool for the player, because it means they can sign up to various different websites and take advantage of the offers etc, but still get access to the same games. Even better, if you like to play with friends you can all be playing in the same bingo room but from totally different sites.

Let’s look at an example:

The Tale of Carol and Jean

Carol loves dogs so she is signed up to WoofWoof Bingo (we made that up). Her best friend, Jean is a massive fan of the celebrity Jimmy McDriver (we made him up too) who is the face of the BingoStars website (guess what? Made up).

Luckily, WoofWoof Bingo and BingoStars are both websites that run on the Games4All network (which is 100% made up), so as long as they both choose the same game, they will be playing in the same bingo room and can chat to each other in the chat window and cheer each other on.

While playing a round of 90-ball bingo Carol scoops the jackpot, and Jean is able to share the moment with her friend despite being on a totally different website.

“Way to go!” Jean types in the chat box, despite being secretly jealous. “Thanks hun x” replies Carol, who plans to treat Jean to a nice afternoon in her favourite wine bar.

Sometimes the networks also run their own bingo websites – so they own the site and the network – and other times they will let white label bingo sites pay to use their network.

Sorry about that, yes, a white label.

This is a company that wanted to open a bingo website but didn’t have the time, money, or inclination to build it from scratch. They will license the website framework (the inner workings of it, the coding and all of the stuff players don’t need to worry about) and most of the design from a network like Cozy, for example, before adding their own branding and personalising it a little bit. This is why a lot of bingo websites look the same, they are probably white labels built from the same template.

So, these companies hire the network to supply the goods to their white label website. It’s sort of like a builder might take on a house renovation and subcontract the electrics and the plumbing to someone else.

It means the site can concentrate on marketing and customer support while the site’s functionality is taken care of by someone else.

There is no law that says bingo sites have to run on a network. There are some independent sites out there too and these guys run bingo rooms that are only available to players on that specific site. They might open them up to one or two other sites but certainly not as many as you might find on a network.

You might have heard of BingoCams, the site that encourages players to switch on their webcams to make the experience more social and share their winning celebrations with the world. Well they more or less independent. Technically a network called BLiveGaming runs them, but there are no other sites on it.

As a halfway house, some site that are on a network will also run their own exclusive rooms. This means that their customers can choose whether to play against a whole network’s worth of other players, or just on the site they are using. It’s the best of both worlds as you can easily jump from one to another.

In a roundabout way, a lot of the advantages of playing on a site linked to a big bingo network are the same as the disadvantages.

The key thing to remember is that with bingo liquidity is key, because liquidity is the number of people who are using the bingo room. Bingo prizes are mostly worked out from a pool (apart from the odd fixed jackpot, perhaps) and if no one is playing there will be no money to win.

Have a look below and see what we mean:

So a lot of it comes down to what odds you like to play at. If you would rather have a smaller chance of winning a bigger pot then a huge network is perfect for you, whereas if you prefer to win little and often then a smaller network or maybe even an independent site would suit you better.

This probably affects progressive jackpots more than anything because they are literally built up by the players, so if no one I splaying the jackpot won’t move, it will just stay the same.

Here we will show you some of the bigger and/or more popular networks, alongside a few websites which are linked to the network and what some of their games are.

Remember, you will only be able to play certain games on sites using the network that owns those games, so it pays to know which sites are using which networks – especially if you have a favourite game.

This table just shows a few examples, it is not an exhaustive list, so there will be other sites and games out there for you to find and try out besides the ones mentioned here.

As you can see, not all networks come up with names or strong themes for their games either, whereas others go all out to make them stand out or more appealing, even developing games built on pre-existing brands.