While online bingo is one of the most popular games today, it’s not uncommon to still see bingo halls located on industrial parks or in city centers. There has also been an explosion in recent years of modern twists on bingo, with the likes of Bongo’s Bingo combining the age-old game of bingo with drinking, music and confetti cannons to ensure that those in attendance have a blast.

What is now big business when you combine the high street versions of bingo with its online equivalent was not always like that. The game itself can trace its origin back to 16th century Italy, spreading through France to other parts of Europe. Though the game has been played in some form in the United Kingdom since the 1700s, it didn’t really take off until the Betting & Gaming Act of 1960 made it legal.

The Development Of Bingo 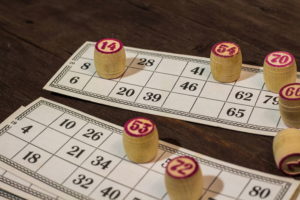 The game that arrived in the United Kingdom in the 1700s was an early version of what we now know as bingo, though it’s unlikely that modern players would recognise it. It was a form of lottery, coming out of the national game that was exactly that in Italy. When it arrived in France as ‘Le Lotto’ it had a form similar to the modern game, including having 90 numbers and tickets that had three rows and nine columns.

The game was used for educational purposes when it made its way to Germany, helping to teach children numbers, their times table and even spelling. It was when it reached America that it truly began to take off and developed into a game close to the one we play now. A car salesman in New York, Edwin Lowe, played the game in a basic form at a carnival and was amazed at how popular it seemed to be. 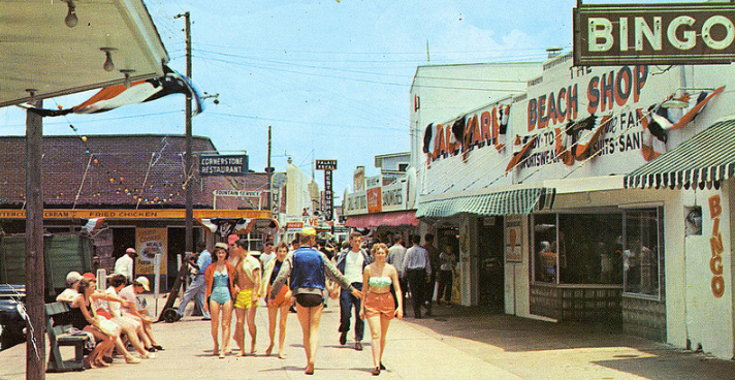 Having played it all night, Lowe took it home to play with his friends and made a couple of changes to it, labelling his new game ‘Beano’. Those that completed a card of numbers had to shout ‘Beano!’ to let others know that they had won. Rumours have it that one of Lowe’s friends was so caught up in the excitement of they game that they shouted ‘Bingo!’ and the name stuck ever since.

Quite whether that story is apocryphal or not is difficult to confirm, but what we do know is that the game soon started to gain popularity among the public. Lowe soon needed to enlist the assistance of a math professor who helped to make thousands of cards with different number combinations in order to allow as many people as possible to play. The game was truly taking off.

By the 1940s, bingo’s popularity throughout the United States of America was unarguable. The game had also begun to gain some popularity in the UK, with accounts of Armed Forces life during the First World War regularly having mention of a game that sounds a lot like bingo. Known as ‘Housey-Housey’, it was a game that was seen as being symptomatic of widespread gambling in the army.

The game was popular in the barracks and in the trenches, though many of the older soldiers fixed it so that their friends won. When the War was over and the soldiers returned, they continued to play the game of Housey-Housey. The exception was Royal Navy men, who played the same game but called it Tombola. In fact, by the end of the 1930s there were numerous illegal games taking place almost daily.

In the years that followed, Housey-Housey became a popular seaside game, with prizes won instead of cash in order to ensure that the game stayed on the right side of the law. The Betting and Lotteries Act of 1934 allowed small lotteries to take place on the proviso that they were ‘incidental to bazaars, sales of work, fetes, and other entertainments of a similar character’.

When the Royal Commission on Betting, Gaming and Lotteries ran between 1949 and 1951, it found that bingo was not a gambling problem but rather a social activity that many people were involved in. Despite its illegality, the Commission found that betting was ‘an almost universal habit’ and bingo was a big part of that. This was no doubt aided by the fact that cinemas had started to turn into other forms of entertainment.

Prior to the launch of ITV in 1955, the cinema was a popular form of entertainment. While not everyone had a television in order to watch the new channel, plenty of people did and so attendances at cinemas began to diminish. The result was a switch to see many of them becoming dance halls and concert halls. When the Betting & Gaming Act of 1960 legalised bingo, the next obvious step was for them to become bingo halls.

As with bookmakers, which you can read about on our sister site, the exact location of the first bingo hall in Britain is virtually impossible to trace. The reality is that bingo was being played in one form or another all over the country, though not always legally. While the game at the seaside that was for a prize such as a cuddly toy might well have been legal, illegal cash games were also rife in the 1950s.

When the Betting & Gaming Act was passed in 1960, bingo halls began to spring up in cities, towns and villages around the country. They became popular meeting venues for people, with high streets often featuring more than one place in which to play the game. That places such as cinemas were turned into bingo halls certainly helped with this phenomenon, given the sheer number of cinemas in the country.

As an example of the phenomenon, Rank turned two of their biggest cinemas, the Odeon on Hackney Road and the Gaumont in Peckham, into bingo halls in 1961. Dozens of Odeons and Gaumonts soon followed suit and Rank were making more money from bingo halls than showing films. ABC, meanwhile, made their venues into Alpha Bingo Clubs, with the Dominion Cinema in Walthamstow becoming the first in March of 1961.

Nowadays, of course, online bingo is the most popular form of the game. Yet during the 1960s and 1970s, when bingo was enjoying its heyday, there were thousands of bingo halls across the country and it was one of the most popular activities for people to enjoy. It became a cultural phenomenon and is still thought of by many as being the quintessentially English game, despite being invented elsewhere.

It’s unlikely that it will ever be known which was the first bingo hall in the United Kingdom. Both cinemas and theatres converted into them at a rate of knots when the Betting & Gaming Act made it a legal activity. It was particularly popular with working class people, using it as their go-to entertainment on a weekly basis. That it transferred so readily to holiday camps and working men’s clubs will have helped with this.