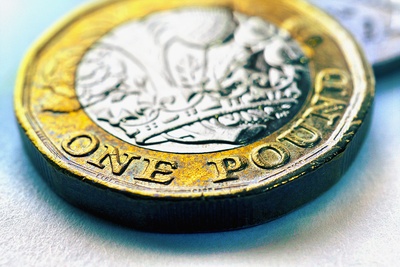 Did you know that bingo is the fourth most profitable form of gambling in the UK? Well you do now, and that means that in all its’ form, the bingo industry is bringing in some serious cash.

There has never been a better time to be a bingo player since it is so widely available, and even though high street bingo halls have seen better days the online options are bonkers.

But exactly how much money are all of these bingo players all over the country collectively putting into the pot, and how much of that is getting pumped back out into the system?

It’s perhaps not something you have ever thought about before, but every time you buy a bingo ticket some of that money goes to the government in tax, and they use that money to pay for things like the emergency services, teachers, and parking enforcement officers…

Forget that last one.

Anyway, the point is that bingo contributes a vast amount to the economy, and we’re going to have a little look at that now.

Bingo is Bigger than Netflix and Spotify

Did that get your attention?

Well it’s true – or at least it was. Bingo brings in over £1 billion a year, which is £250 million more than Netflix and Spotify combined in the 2016/17 tax year, and it is estimated that around 5.6 million Brits play the game each year.

However, not all of that money goes to the government; bingo companies have to pay their bills, their staff, pay out prize money and also make some profit.

The game contributes to the economy in a number of different ways though.

All the economy is, when you boil it down, is a lot of money changing hands in lots of different ways. A constant flow of money. So a bingo company that takes £1 million, for example, would have to split that up in many different ways, and the majority of that money would flow back out into the economy.

If a company made £1 million in total from all bingo, slots, food/drink sales, etc, it might be divided up like this:

That would leave £150k as profit for the company.

These numbers are probably way off (hey, we don’t know, we aren’t bingo business titans), but you get the idea.

In all, £850k of the imaginary £1 million taken goes back out into the system to be spent elsewhere. The players will spend their winnings at shops, restaurants, etc; the staff will do the same with their wages; the money going to suppliers and energy companies will contribute to their businesses and pay their staff, and the tax and VAT will be spent by the Government keeping the country going.

Even some of the profit will eventually make its way back out into the economy. The website or bingo hall will have to pay people for maintenance or improvements, or it will be spent on company expansion like another venue or a better website etc.

That’s a lot of money being pumped through the economy because of our brilliant bingo.

What Tax do Bingo Companies Pay? 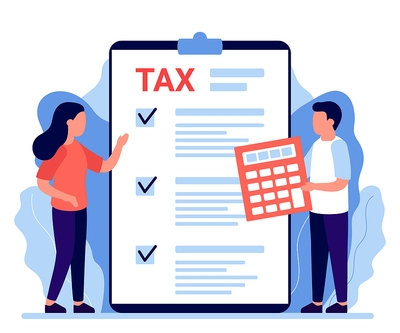 Bingo companies pay tax in a few different ways. There are different names for all of them, a bit like how we pay tax on our wages, then national insurance, then council tax, etc. At the end of the day though they can call it what they want, it’s all tax.

Anyway, online bingo companies pay 21% remote gaming duty on all profits whether they are based in the UK or abroad, while physical bingo halls only pay a 10% bingo levy on profits. This was lowered by George Osborne in 2014 since bingo halls were closing at an alarming rate, so it was an attempt to help them stay open. Many companies turning over £85,000 or more per year also have to pay VAT but bingo halls are mostly exempt from this.

Online bingo sites are often owned by larger gambling groups, or are one of several brands owned by the same parent company; and since they have fewer overheads because they are all online it seems fair that they pay the regular amount of tax on their profits while poor old bingo halls get a tax break. Especially since many online bingo operators are based in offshore tax havens.

When we say profit, we mean what is left after winnings and other expenses have been paid out, so the tax and duties would only be paid on a small portion of the overall revenue, which means the total money coming in.

So a company with revenue of £2 million might only be making £200k in profit, so they would only pay their tax on that £200k.

It’s still a decent sum though. In the tax year ending April 2020 the bingo industry paid almost £31 million in bingo duty alone, and you can see this has been fairly consistent over the years:

It may not be quite enough to warrant Boris writing it on the side of a bus, but it’s a decent chunk of change you have to agree!

Bingo Employees in the UK

Of course both online and offline bingo providers will also be contributing to their employees pensions and the like, so money will be filtering back into the system in numerous other ways too.

As of 2019, there were approximately 11,500 people employed in the bingo sector in the UK, all earning their living from the tickets we buy when we play bingo.

This number has steadily decreased since 2011, when 18,500 people worked for bingo companies, which shows the rate at which clubs were closing – that’s a 37.8% drop and represents just 0.28% of the UK’s working age population.

The drop in tax paid hasn’t been as dramatic as the drop in staff numbers, and those numbers have plateaued in recent years too, so perhaps most people have found new clubs to play in and the decline has reached its bottom.