Apple Pay launched globally to huge success in 2014. It’s a digital e-Wallet system linked to individual Apple accounts, and this groundbreaking payment method suddenly provided a fast and secure way to pay within a mobile app both in person and via the web.

It’s recently become available across a small number of online bingo sites too, and players are choosing it more and more. The exciting new technology was designed to replace credit or debit card chip and PIN transactions, and it’s now supported by any Apple product including iPhone, Apple Watch, iPad and more recently Apple Mac.

Apple Pay is now considered one of the safest ways to pay online these days as it uses a specific device number and unique transaction code for every purchase. Your card number will never be stored on your device or any Apple servers, and when you pay, your card numbers aren’t shared by Apple with merchants either. You are guaranteed privacy and security with each and every payment, and the need for two-factor authentication such as an Apple face, touch or passcode ID or PIN, make it near impossible for any fraud to occur.

Apple Pay doesn’t require specific Apple contactless payment terminals when using in person either, and it’s designed to work with any merchant that accepts contactless payments throughout the world. It’s very similar to any other type of contactless transaction apart from the verification process, and therefore once the payment’s been authorised it will leave your bank account similar to a card transaction. As it’s something that can be used for so many everyday purchases now, it’s easy to see why Apple Pay is becoming such a popular choice for online bingo players too.

Credit Cards Banned For Use On Bingo

In April 2020 the UK Gambling Commission issued a ban on the use of credit cards for all forms of online and offline gambling, including bingo.  This means you will no longer be able to use any credit card from any provider to deposit or withdraw from bingo sites.

This also includes using credit cards via eWallet providers such as PayPal, or by any other indirect means, including ApplePay.

The History Of Apple Pay

Due to its relatively quick increase in popularity, it’s easy to forget that Apple Pay is still a fairly new product on the market. It was released initially in the USA just over 5 years ago now, and even though it’s pretty much taken the world by storm, it’s still considered to be a pretty recent invention.

The sheer ease and simplicity of the system as a whole has been revolutionary across the globe , and it’s a product that most people will either use or at least know of these days. Even if you don’t own an Apple device personally, there’s no doubt you will have seen others using it daily, most likely with an iPhone.

The Apple company have been around now for just over 40 years and they have completely revolutionised the way we use technology in so many ways. Their products and services have changed the face of the computer industry altogether and they are constantly building newer more exciting technology as we speak.

Here are few milestones of the Apple Pay product to date:

As well as the ability to pay both contactless in person and via the web online, you can also use Apple Pay now on many transit systems throughout the world including services in London, New York, Beijing, Singapore, Milan and Vancouver to name a few.

How To Set Up Apple Pay

Setting up Apple Pay on your Apple device could not be simpler. There are just few quick and simple steps to get you started on the app, and once you have set up your account once you will never need to fill out any payment forms again.

What you will need to set up Apple Pay

All you will need are the following:

If you want to use Apple Pay with more than one device, you will need to add your card to each device. You can then add between 8 and 12 cards to each device, and this amount will depend upon which model of device that you are using. The newer models of iPhone for instance allow you store more cards and information.

Setting up Apple Pay on your iPhone

Setting Up Apple Pay on your iPad

Setting up Apple Pay On Your Apple Watch

Note – You can only use this option if you own an iPhone 6 or up. You cannot sync an Apple Watch with an iPad or MacBook to use Apple Pay.

Setting up Apple Pay on your Mac

Note – This will only work on newer Mac models that have built in Touch ID.

How To Use Apple Pay To Play Online Bingo

Using Apple Pay to play online bingo couldn’t be simpler. As long as you have an Apple device with an Apple ID all set up as mentioned, then you’re pretty much good to go. If you don’t already have Apple Pay set up on a device however, then simply follow the instructions above for your chosen device and add your payment cards to the Apple wallet.

It’s worth noting that there’s currently only a few online bingo sites offering Apple Pay as a payment option, so be sure to check with a site first before signing up if it’s a method that you would prefer to use. More and more sites are getting on board slowly however, so I predict that over the next few months it will be a standard choice for online bingo players worldwide.

If a site does however offer Apple Pay as an option, then just follow these simple steps for super speedy and safe transactions:

It really is as simple as that. You won’t need to enter any card details or personal facts and figures, and any transactions will just appear on your bank account the same as a credit or debit card payment.

There actually aren’t any fees when it comes to using Apple Pay. You will only incur fees should your personal card not be in credit or you are using a specific type of credit card that has it’s own charges. Some online bingo sites may make a very small charge for certain transactions in general however, so it’s always best to check with each particular site before playing.

The main restriction with Apple Pay really is that it isn’t yet widely available across a lot of online bingo sites. I think this is something that will definitely change over the coming months however, as it’s becoming such a popular payment method now in general worldwide.

The only other thing to bear in mind too, is that you can only use the service if you own a recent Apple device. You won’t be able to use Apple Pay if you use an Android phone or tablet, or a normal PC or smart watch that isn’t powered by Apple. Some of these devices may have their own versions of a payment system however, but it won’t be compatible with any Apple Pay products or services. 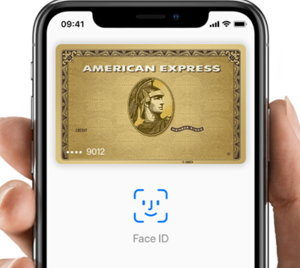 Apple Pay is now considered one of the safest way to pay globally. Whether paying in person or online, you will always be asked for a personal form of ID.

Your bank card details are never stored openly on a device or server, and they won’t be shared by Apple with merchants.

Even if your device was lost or stolen, no one would be able to access your phone and it’s contents without using either your passcode or PIN, or facial or touch ID either.

Should any issues ever arise whilst using Apple Pay, there are plenty of ways to get in touch with Apple themselves for help:

The plus sides to Apple Pay are fairly obvious. It’s safe, secure, private and fast, and it saves you searching around for credit and debit cards when paying both online and in person.

All in all Apple Pay is an extremely safe and speedy way to play online bingo. If you own an Apple device with Apple Pay already set up, then its probably one of the safest and simplest ways to pay.

However as it’s still a fairly new payment method in general, a lot of online bingo sites don’t yet offer it as on option. That coupled with the fact that you have to own an Apple product to use it, doesn’t make it the most accessible choice.

I feel that over the coming months however that a lot more sites will be catching up and adding it to their options, so within the next year or so I imagine it will be as popular a choice as the likes of Paypal, Mastercard and Visa payments.