We all love bingo, but if you have been playing a lot or for a long stretch you might feel like you want a bit of a change of pace.

This one in particular is just different enough to feel like something new, but doesn’t stray too far from the traditional game of bingo so won’t be much of a leap for the purists amongst you.

It’s basically a 36 ball game that also has the benefit of a progressive jackpot, as well as tracking your gameplay and rewarding your long term achievements. This will all make much more sense below.

How to Play Cash Cubes 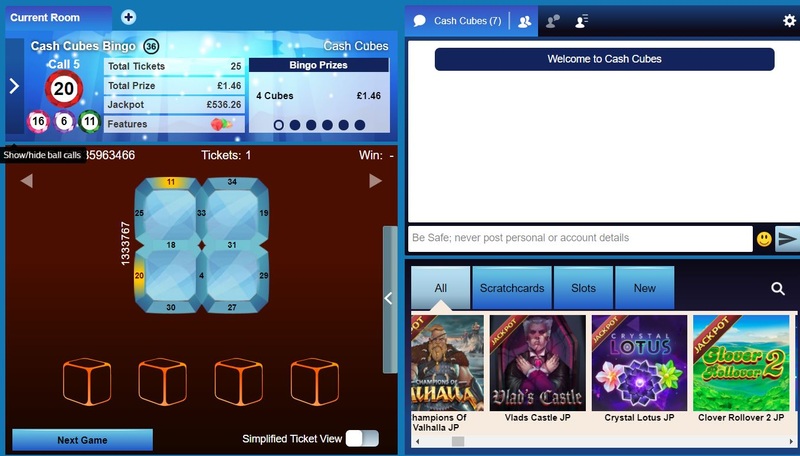 Each Cash Cubes ticket is made up of 4 cubes stacked next to each other in a square, and on each side of each cube is a number.

This makes 12 numbers in total; 8 on the outside and 4 on the inside where all the cubes connect. You can see that the four numbers in the middle count towards more than one cube but those on the outside don’t, so getting those middle numbers early is the key!

If all 4 numbers around one cube are marked off than you have completed that cube and it will reveal a colour based on your ticket price:

The maximum number of cubes you can collect per game is obviously 4 if you win, but 3 if you don’t, and this becomes important later on.

The first person to mark off all the numbers on the card and thus complete all 4 cubes wins the game.

The amount that is won is based on how many tickets have been sold as normal, and there is only one prize in Cash Cubes, unlike a 90 ball game where you can win a prize for a line, 2 lines, etc. 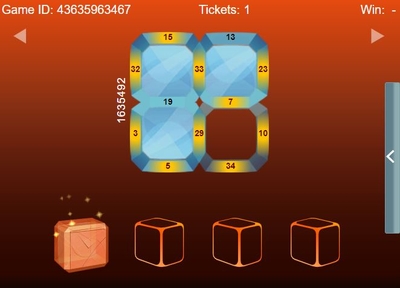 The progressive jackpot was worth over £500 when we were playing, and it is triggered if the game is won in 18 calls or less.

The only down side, depending on how you look at it, is that it is a community jackpot, so it is shared between everyone who was playing the game. Great news unless you were the one who won the game, in which case you might feel a little bit robbed!

The more unique feature though is the cash cubes themselves.

Remember when we said the cubes you collected would become important later on? That’s because once you have collected 50 cubes of any one colour, you get a bonus payout:

This is a great way to get extra value from the money you spend, but as those of you with big maths brains have probably worked out already, it’s not a bonus worth chasing. Better to just enjoy it when it happens through natural play.

Even if you collected 3 cubes on every ticket that you bought (which is highly unlikely) you would need to buy 17 tickets to amass 50 cubes. Times 17 by the ticket price and it comes in way above the bonus payout:

Still, it’s pretty cool that the game tracks your progress across lots of different games, and in the end you are going to get 5 games for free which isn’t to be sniffed at.