You have probably heard the stereotype about bingo: that it is all old ladies in musty old bingo halls with cringe worthy callers telling awful jokes as the night plods on.

To be fair that probably wasn’t too far from the truth a few decades ago.

Things have changed these days though, and bingo halls have been given a new lease of life by the companies that run them, with more young people returning to the game than has been seen in a long time.

However, none of the big bingo brands have managed to reinvent the game quite so drastically as one man named Johnny Bongo.

Bongo (not his real name) is an Irish fun lover who became famous for hosting the most in demand quiz night in Liverpool, resulting in queues around the block. In 2015 he fancied a new challenge, and dragged the game of bingo kicking and screaming into the future.

What Happens at Bongo’s Bingo? 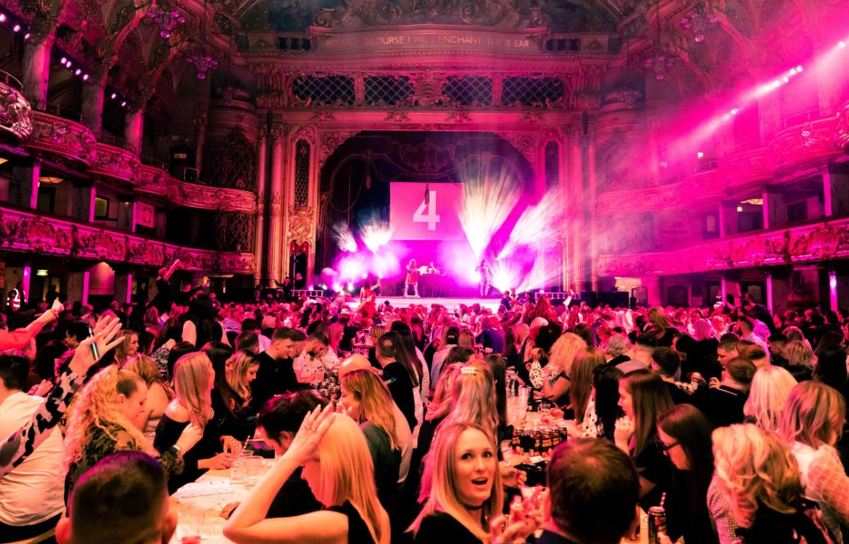 Named after the man himself, Bongo’s Bingo is bingo like you have never seen it before.

It’s described by the company as:

Sound like your local bingo hall? Didn’t think so.

Hosted at venues around the world more associated with club nights and live music, Bongo’s Bingo packs in the punters in their hundreds, all dolled up for a night on the town.

The music will be pumping, the DJ will be doing their thing, the players will be drinking unknown quantities of booze, and Johnny Bongo himself or one of his equally charismatic presenters will be on stage keeping the atmosphere alive. It’s a truly immersive experience with huge inflatable bingo balls hanging from the ceiling and flashing coloured lights. 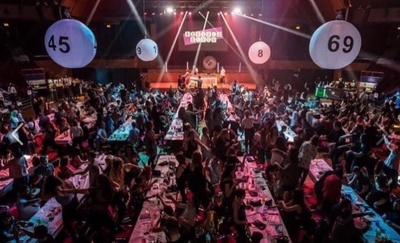 Everyone has a seat and the bingo is played in a 90 ball format in the same way we would all be used to, with prizes for a line, 2 lines and a full house. Everyone has the same number of tickets and you even mark off your own card with a dabber.

However, the games will be complimented by live dancers – well, men in drag messing about on stage at least, dancing to Galway Girl whenever certain numbers are called out – , celebrity guests, other giveaways and competitions, plenty of jokes and banter from the presenters, quiz style challenges, plus other entertainment.

Despite all this, the night is designed to be as inclusive and friendly as possible, despite the raucous behaviour.

A bit like your unpredictable auntie Carol, who is lovely and generous and makes you feel good about yourself, but also publicly embarrasses herself whenever she goes out for the evening.

What Does it Cost and What Can I Win?

The cost totally depends on the size of the venue.

Bongo’s always sells out so they don’t need to worry about ticket sales, they can plan ahead pretty confidently.

It can be surprisingly cheap to from £2 a ticket in bigger venues and around £6 in smaller ones.

That doesn’t include drinks etc.

The prizes are pretty whacky too, but they certainly don’t hold back.

In the past they have given away cars, boats, holidays, and thousands in cash for winning tickets.

You get the idea.

One thing to be aware of, is that if you call bingo at the same time as somebody else, you will have to fight for your prize in the form of a dance off, sing off, or maybe even a game of musical statues. On stage. In front of hundreds of people! 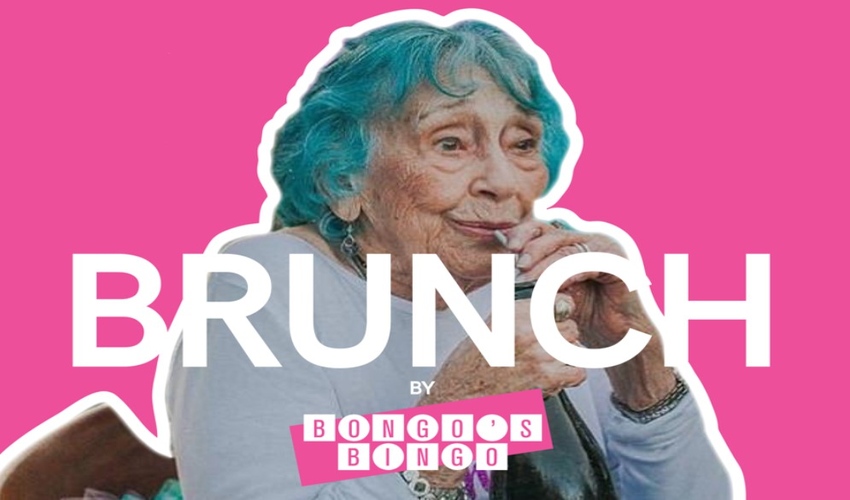 If this all sounds like a horrendous student night out then that’s because it sort of is. That’s how it all started anyway.

However, as the years have gone on and the evening has developed, it has mellowed a little bit, and it is aimed at anyone and everyone from 18 year olds to pensioners. They also run ‘Brunch’ events which are a toned down version of the real thing – it’s still bonkers though.

Granted, your typical 85 year old might not like the sound of it, but Bongos Bingo has played host to an 18th birthday party and a 90th birthday party all in the same night, so it clearly attracts players from all walks of life.

It has also become popular for people wanting something a little bit different as a night out with their parents. Players in their early 20s and their middle aged mum and/or dad are not an uncommon sight.

Taking that into account we can say with confidence that it is not only for young people, although it is certainly attracting a totally new audience to the bonkers world of bingo, and a lot of them happen to be from the younger generation.

Would I Enjoy Bongo’s Bingo? 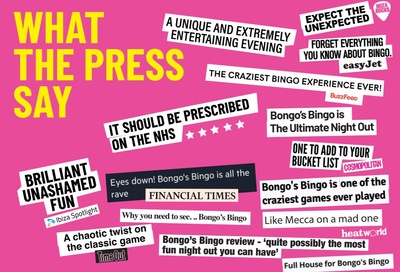 Make no mistake about it, Bongos Bingo will not be for everyone.

If you are the shy retiring type you may get a little overwhelmed by everything that’s going on at this sort of event, and the language can be… adult, let’s say.

However, if you are a bingo lover (or even if you’re not) and enjoy trying things that are a bit different then this could definitely be your cup of tea.

It’s such an action packed night that whether you win anything or not you are going to go home with a smile on your face, and in fact, winning is only a small part of the overall evening. The best thing? It’s all over by around 10pm, so anyone that wants to keep the night alive can do so, and anyone with kids can get home in time to relieve the babysitter and get a decent nights’ sleep.

It’s the sort of event that you could get as involved in as you like, but if you draw attention to yourself then you will be expected to participate with 100% enthusiasm and you will be mercilessly ribbed if you don’t. All in the name of fun of course.

Every online bingo site or real world bingo hall talks about being different from the rest, but they are usually talking about miniscule details that are barely noticeable – if you end up at Bongo’s Bingo you will definitely know about it.