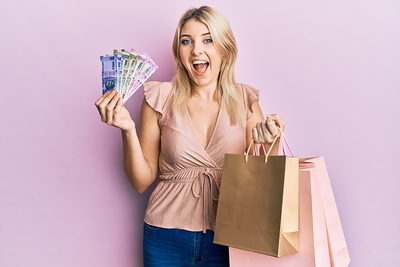 It is often incorrectly reported that online bingo players have become millionaires playing the game they love online. The headlines talk about the millions won from a 30p stake, then go on to explain that the lucky winner was actually playing a slot or scratch card type game when their luck came in, albeit at an online bingo website.

So while these people may have won life changing sums on the bingo website, it wasn’t the game of bingo itself that got them there.

That’s not to say that you can’t take home the riches with bingo, but it isn’t really possible for those beautiful balls to leave you with seven figures in your bank account.

Bingo works by pooling all of the money spent on tickets and then distributing it back out as prize money, less the organisers fee of course, so you would either need a very big game or very expensive tickets to be able to offer £1 million.

However, there are ways to win big money playing online bingo, but the probability if buying the winning ticket is slimmer than a slim fast milkshake. 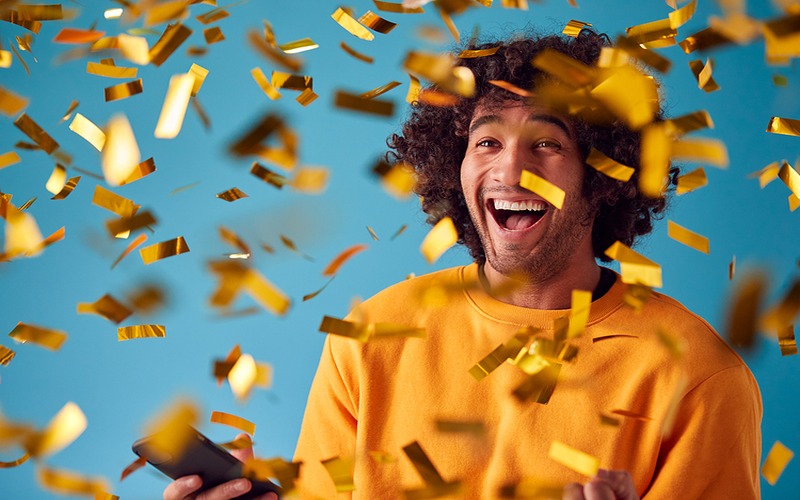 Since bingo prizes are decided by how many tickets have been sold for the game, technically the amount you can win is limitless at either end of the scale.

As we all know, getting a full house is the main aim of the game as this is where the biggest pay out lies, but even then, you could win £0.50p for a full house in a tiny game with 1p ticket prices, or £1,500 in a much bigger game with 10p ticket prices; it completely depends on how busy the bingo room is at the time.

With traditional bingo, you are looking to win one of three prizes:

Some games are structured differently of course, and these days there are all sorts of extra gimmicks thrown in, but this is the most common way of doing things.

However, bingo sites are always looking to entice new customers to sign up and for their current customers to play more often, so they come up with ways to make their games more appealing. One of the main ways they do this is by offering bigger top prizes, but they are clever about how they do it.

Now obviously, the bingo companies can’t just invent money out of thin air, they have to build these bigger prizes into their sales strategy somehow, and this is where jackpots come in. 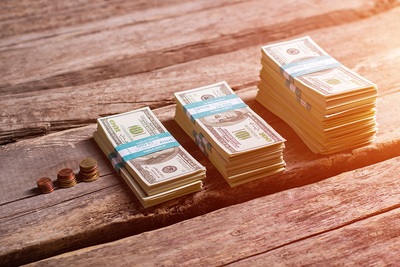 A progressive jackpot can be attached to any game, and it will grow in size the longer it is left without being triggered. The conditions that trigger it can be set to anything really, but often it is for a player to win within a certain number of balls called.

These jackpots are a big attraction for players looking to get rich, but they might only trigger once or twice a year, and some even less frequently than that.

A progressive jackpot will be competed for by all players on the network regardless of the site they are playing on, and it might be linked between different bingo rooms as well, so competition is tough.

However, they work well for the bingo networks because the players build the pot in real time with the money from the tickets they buy (a very small proportion of each sale goes to the jackpot), so the company doesn’t need to worry about not selling enough tickets.

They simply ‘seed’ the jackpot (give it its starting amount) then let it grow naturally, all the while being able to promote huge prizes to eager bingo players. 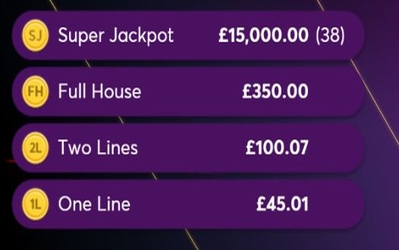 There are also fixed jackpots that tend to be for smaller amounts – the ones you stand any chance of winning anyway.

These might be for £10k, sometimes as high as £50k, and they will also be triggered by winning the game in under a certain number of calls.

Our example image shows a prize worth £15k that can only be won in 38 calls or less.

As you might expect, the smaller the prize the more calls you generally have to complete your card, in most cases anyway.

These jackpots are equally difficult to win, and the bingo company will know the exact statistical probability of a player meeting the winning criteria. This will be balanced so that they can be fairly sure they will have taken enough money to pay for the jackpot well before it lands.

The prize money is always the same whether it was won last week or last year, but it would likely take more than 500 games minimum before anyone won it. 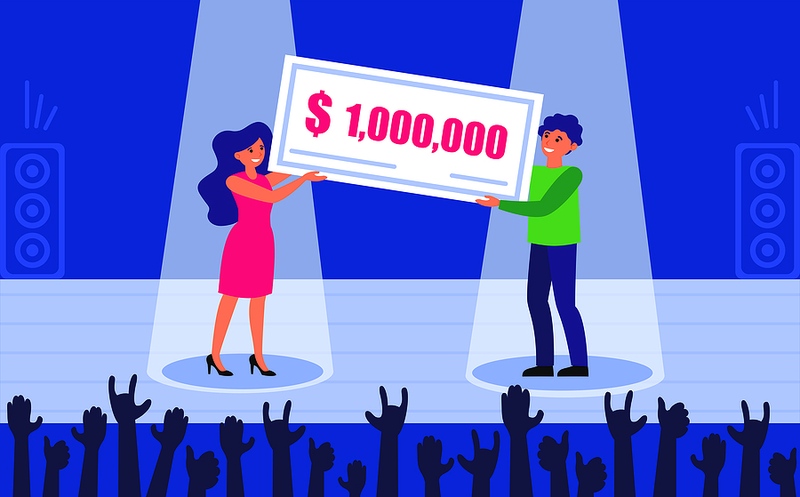 If were shaking your head to the intro of this article because you have actually seen £1 million jackpots advertised, then we hear you.

We know they pop up, but the reason we say that they don’t really exist is because they are either not quite as straight forward as they seem, or are so ridiculously unlikely to ever be won that it’s hard to take them seriously.

There are two different types of jackpot that we are talking about, and we will look at them each in turn. 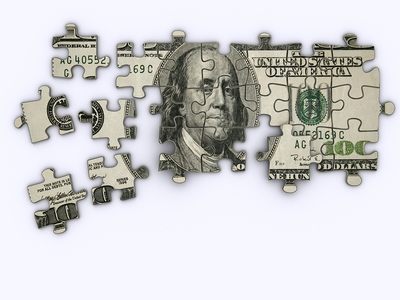 One of the big bingo networks might well advertise an event where eye watering sums will be won, and although this is technically true (and it sounds great for the player) no single player will win the full amount.

Back in 2016, Virtue Fusion actually ran a £1 million guaranteed promotion. However, the prize money was split so the full house winner got £500k, the 2 lines winner got £200k and the 1 line winner got £100k. Another £100k was split between those with 1TG and 2TG, while the final £100k was distributed back out to everyone with tickets – although they obviously got back less than they paid to play.

So there was indeed a seven figure sum up for grabs, but the most any single player could take home was £500k. Don’t get us wrong, we would bite your hand off for £500k, but clever wording makes it sound better than it is.

Another thing to bear in mind is that all sites running on the Virtue Fusion network would have been advertising this event, so the number of people taking part would have been colossal. It is thought to have been at least 100,000.

In actual fact this promotion didn’t work out for the network because they only sold one fifth of the tickets needed to cover their costs, and it’s no surprise to hear that no similarly sized promotions have been run since. 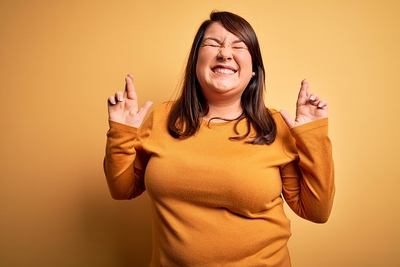 A sliding jackpot is another one of those that can only be won if a full house is called in a certain number of calls of less, but the prize decreases after each further ball called. They often run in the background of regular games with regular prizes and the amount advertised has nothing to do with how many tickets have been sold for that game.

These may well pay out massive sums of money that are not split in any way, but the thing is, your chances of winning them are so small that they wouldn’t even show up under a microscope.

We aren’t talking about the sort of probability that comes with winning the lottery here either, your chances are much much worse than that.

The specifics will vary depending on the amount ‘up for grabs’ and how quickly you need to have called a full house, but we are talking about something like a three hundred trillion to 1 chance. To give you an idea of how unlikely that is, the chances of winning the National Lottery in the UK are around 45 million to 1, so you are about 6.5 million times more likely to win the lottery.

With a sliding jackpot, once the magic number of calls has been crossed with no winner, the pay out size will decrease stage by stage, until once in a while someone might win £5k for calling full house within a much higher number of calls.

You can see a made up example below:

So we hope you can understand why we would pretty much disregard these payouts as being unrealistic. You might win a few grand if you are extremely lucky, but you’ve still better odds with a lottery ticket.

In general, the higher the number of balls called to trigger a payout the better.

So How Much Can You Win Playing Online Bingo?

Well like we said at the start, there is theoretically no limit; however, the number of people who have won more than £100k playing online bingo can probably be written on the back of a matchbox. So at the upper end it is much more likely to be in the tens of thousands than the hundreds.

At the lower end it can literally be pennies, but that’s ok if you have only spent pennies on the game in the first place.

The important thing isn’t really which game potentially pays the most, but how realistic it is that the pay out will happen at all. More important even than that is that your bingo remains fun, and not a hopeless chase for riches.

Bingo isn’t really a millionaire making game like slots can be, but that’s ok. One of he best things about online bingo is that it can be played so cheaply, and that a small deposit can last a long time.

Plus, you might win yourself enough for a long holiday, a shopping spree, or a new car, or even perhaps a little bit more if you are very lucky. It’s unlikely to win you enough to retire on though – unless you already are of course!