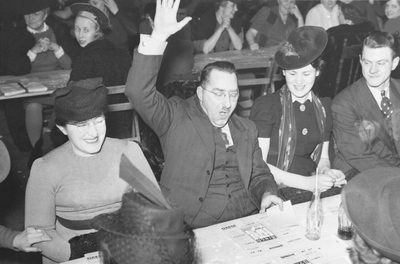 It’s probably fair to say that bingo is one of the world’s most well known and popular games. It is played throughout the world by people young and old, both online and off.

Thanks to the simplicity of how to play, as well as the ability to earn cash winnings in the process, the game has reached millions of people, and over time it progressed from being solely played in huge bingo halls to being a product which is readily available online.

However, it’s been around for quite a lot longer than you might think. So, where exactly did the game come from and how did it grow to become the game we know today? Let’s have a look back through time at the history of bingo.

Hundreds of Years Ago…

Bingo, as people know it today, is a form of lottery, and it’s actually considered to be a direct descendant of an Italian game known as, ‘Lo Giuoco del Lotto d’Italia’. This came about in the year 1530, when Italy as a country became united as one. The Italian National Lottery was born at this time and it bore the aforementioned name. This is still held at weekly intervals to this date, and is considered invaluable to the government’s budget thanks to its yearly contribution of in excess of $75 million.

It wouldn’t be until many years later, in 1778, that a report surfaced in France telling of the game, ‘Le Lotto’. The idea had captured the fascination of the country’s intelligentsia, and in the classic version of Lotto which was developed there, the playing card used in the game was split into three horizontal and nine vertical rows. Each of the horizontal rows had five numbered and four blank squares ordered randomly, while the vertical rows contained numbers from one to 10 in the first row, 11 to 20 in the next and so on, up to 90. The equipment was rounded off with chips numbered from one to 90, and each player was dealt a card before the caller would draw one of the chips from a cloth bag and call the number out.

This then began to take shape as the base game we know of in today’s society. However, it would be the influence of a US-based Polish toy salesman many years later that brought the game to prominence further afield. 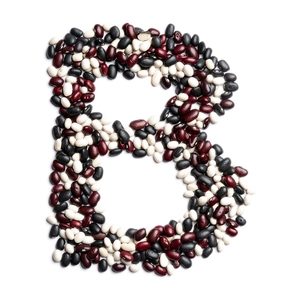 In December of 1929, Edwin S. Lowe, a New York toy salesman struggling to earn a living, took it upon himself to drive to a small town in Georgia, known as Jacksonville – not to be confused with the Florida city of the same name – where he had a few appointments that were taking place.

A few miles from the town he came across a country carnival. Despite it being late at night, one of the carnival booths was still open and packed with people. Inside, participants were playing a variation of Lotto, which they had named ‘Beano’. It followed the same idea as the version played by French socialists, but the gamers here would use a bean to cover the called number on their card. Once someone had filled a line on their card, be that horizontally, vertically or diagonally, they were the winner, and they would announce it by yelling out, “BEANO!”.

Upon his return to New York, Lowe purchased some dried beans and a rubber numbering stamp to print on cardboard. He invited friends round to test the game and observed them playing with the same excitement as those he’d seen at the carnival. During one round, a female participant became so elated at winning that she leapt up from her seat, and instead of yelling out the word, “Beano”, she stuttered and called out “BINGO!”.

This was the catalyst for Lowe to turn the game of Beano into Bingo and launch it as a product. The earliest of these games were launched in two separate variations, one with twelve cards for a dollar, and the other with twenty-four cards for two dollars. It became an instant hit and marked the birth of the game we know as bingo. 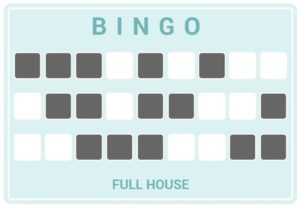 Bingo is believed to have migrated from Italy into France, Germany, the United Kingdom and other parts of Europe in the 18th century. The European version does have its differences to the US product, although both use the same name, and 90-ball bingo is more widely known throughout Great Britain than the 75-ball American sister product.

The exact origins of the UK version of the bingo game are not specifically known. It’s unclear as to why 90 balls are used instead of 75, but the fact remains that the game has grown immensely over the years. Its first real rise to prominence came in the 1960s, and it was from this point onwards that the game began being played in large halls in order to cater to the growing demand for it. Bingo was played like this for many many years, allowing people to not only play the game they loved but also to socialise and make friends while doing so.

It is still played in bingo halls to this day, with vast halls that have been purpose-built for playing bingo providing a perfect location for the UK public. Interlinked bingo halls now also offer huge cash prize jackpots, and with over 3 million British people attending games of bingo every week, there’s an argument that more people go to bingo than go to the cinema.

From Offline to Online

The bingo industry in the United Kingdom took a hit after the turn of the century, seriously feeling the shockwaves of the smoking ban. As of July 2007, smoking has been banned inside pubs, bars, restaurants and other public buildings in England, with bingo halls being included in this. A year earlier, Scotland had also introduced the same kind of law. Prior to this, players were able to visit a bingo hall and have drinks, food and a cigarette or two within the actual building.

As a result of the ban, many bingo hall owners claimed that their attendance levels slumped, as many bingo players were also smokers, and not being allowed to smoke and play put them off. The figures back up these claims, with nearly 600 bingo clubs available around the country in 2005, down to less than 350 in 2018.

The introduction of online bingo games has also caused a few problems for the land-based establishments, as people can now access various different forms of the game via their personal computer. Online bingo is actually estimated to have been accessible since 1996 when a free bingo game called ‘Bingo Zone’ was launched, followed by the release of ‘Bingo Blitz’ by Uproar in 1998, but it hadn’t caught on at this point.

It’s true that the internet generally appealed more to the younger demographic, and this as well as the aforementioned smoking ban stemmed the flow of new customers to land-based establishments, so they had to rethink their marketing strategy. The industry rallied together with a new focus on enticing younger players to their halls, with many being transformed into locations that create an atmosphere more akin to pub culture, instead of the traditional “eyes down, looking” approach of years gone by.

While this may have had some effect on keeping certain companies afloat, such as big-name brands like Mecca or Coral, many others who relied on an older customer base have seen their brick and mortar buildings fade away.

What Does the Future Hold for Bingo? 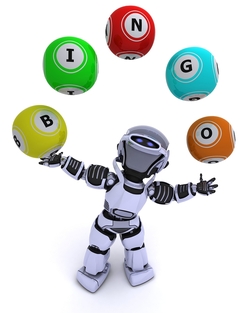 Bingo is continually evolving, keeping up with the modern times and trends. It’s still one of the country’s favourite pastimes, and there are even products available to play via social media sites such as Facebook these days. In addition, the introduction of live bingo callers and, in more recent years, the ability to play the game via your mobile device has further improved the game’s appeal.

However, while it is spread far and wide across just about all media outlets, there’s only so much competition that the industry can take. There are a vast number of online bingo sites available to play on, and although the game is still popular, interest is not at the height that it used to be back in the day.

It could be that the saturation point has been reached within the UK, and an industry at its peak only has one way to go. Given the huge number of other betting games available online, it could be that the bingo industry takes a backseat in the minds of British consumers, but only time will tell.