Back in July 2014, the GTECH software company announced that they had struck a deal to merge with the hugely successful International Gaming Technology plc.

This merger then went on to mark one of the largest acquisitions in the history of the gambling industry in 2015, with the GTECH brand being sold for over $6.4 billion.

The original GTECH software now no longer exists, and the ITG company didn’t continue to run any of the GTECH online bingo sites. They all ceased to operate under the new branding back in 2015, and it is unknown now as to whether any continue today via other networks or under completely new guises altogether. 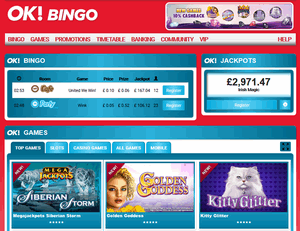 The original GTECH software was used to power some very highly successful online bingo sites including the likes of :

These sites now longer exist and didn’t migrate over to another network after the GTECH brand merged with IGT.

The History Of GTECH Software

The IGT company is now a market leader in the gaming industry, offering many services in several worldwide lotteries, slots titles, side games and online casino sites.

The company no longer power any online bingo sites these days, but they do however offer out their slots and casino games titles to some existing bingo sites from time to time.

All sites operating on the GTECH network offered the three most popular versions of online bingo:

It was then of late 2011 when the company added certain 30-ball bingo games to its sites too. This offered players a bigger variation of gaming, and gave the software a modern boost.

The graphics and layout of the sites were always quite basic however, and the technology was never quite as advanced as other bingo networks of the time.

GTECH ran a monthly £10,000 jackpot monster game which was played as a multi line 75-ball game, and this offered players five separate chances to win. The company also offered several progressive jackpots throughout the year too, although most of them were available whilst playing their slots and side games.

The company then went on to create some of the most exciting casino, slots and side game tiles around nowadays, and they continue to run these products to the highest standard today. The IGT games are updated, developed and improved continuously as the years go by, and the company operates worldwide now offering games internationally.

You can now find any information on the Interntaional Gaming Technology PLC via the following:

With successful online bingo sites such OK Bingo and Yahoo Bingo, the GTECH bingo software certainly did power some bigger branded sites back in the day.

It never did offer up the same quality of graphics, features and gaming as some of the larger networks however, so the acquisition of IGT made a lot of sense.

Although the new company no longer offer online bingo sites these days, they have still continued to power some fantastic slots, side game and casino titles throughout the world and the IGT brand remains one of the market leaders.