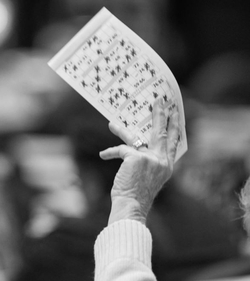 Bingo is a very different game today than what it was 50 years ago. What started as a fun game taking place in bingo halls across the country has since spread to the online gambling community, now played at literally 1000’s of online sites. But who exactly has driven that growth? What sort of people find themselves playing bingo today?

The game has long been associated with little old ladies going to visit bingo halls every Friday for an hour or two, where they can converse with their friends and engage in a few rounds of bingo in the process. However, it’s very clear that this is not the case in today’s gaming world. While it’s not just the fact that younger people are involving themselves in bingo now, it’s also key to note that many more men are partaking in it as well. So, what sort of differences are there between age groups, sexes, locations and everything else when it comes to bingo gameplay?

Naturally, with the transition from land-based bingo halls to online sites, a younger audience has been exposed to everything that bingo gaming can provide. This has obviously tipped the scales when it comes to age groups participating in bingo overall. Due to this, software developers have also started crafting bingo games to appeal to such groups of people. 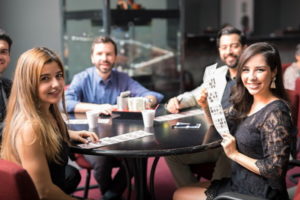 Research conducted by the YouGov organisation confirms what most people would have already suspected anyway – that the online bingo gaming sector is largely inhabited by younger gamers. In fact, the most likely age group to participate in such is the 25-34s. Of the people surveyed over their online bingo gameplay, a 28% portion of them are within that specific age group, just beating out the 35-44 age bracket.

At the same time, figures suggest that women are engaging in bingo gameplay more so than men. This is something that has remained the case pretty much throughout the past few decades. Yet, that doesn’t mean to say that the number of men playing online bingo is comparatively low. As it happens, a 38% portion of the 25-34s age group are male, while the remaining 62% are female. If you were to look at similar research done in 2015, the percentage of men playing bingo online was 35%. So, even though that figure is only three percent lower, it’s clear that more men are engaging in bingo today. 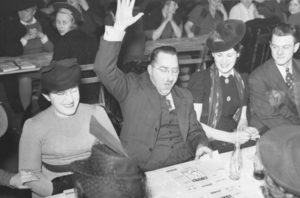 Just to compare that though, there has been quite the decline in the number of players fitting into the age bracket of between 45 and 54. They had previously been marked out as contributing the most to bingo over the previous three years. Yet, the largest fall in participants has been those of the 55+ demographic. In 2015, they had a 32% share of the market participation, while two years later, that figure had dramatically fallen to 21%.

Of course, different bingo brands will also play a factor in the percentage of men versus women at their sites. Some bingo platforms specifically target themselves at female gamers (such as 888 Ladies), so the likelihood is that they will have more women registering and actively playing. Television advertisements for such brands are also often aimed at appealing to women. It’s quite strange to note in these circumstances though, that a man still holds the title as being the biggest online bingo winner ever. John Orchard scooped £5.9 million in 2012 by playing a bingo game with a 30p stake.

While it’s true that participation in bingo at land-based halls has decreased due to the ease of being able to access such games on a home computer or smartphone, combined with other factors such as the smoking ban, there are hints that online players also visit bingo halls occasionally.

In fact, the same research carried out by YouGov suggests that around 28% of people playing bingo online have also found themselves enjoying the game in a bingo hall within the past 12 months, too. That’s quite the percentage when compared to the 6% figure of the public who generally visit such establishments.

Where In The World Is Online Bingo Played The Most?

Bingo in general may not experience the same sort of popularity as sports betting or casino gaming, but that doesn’t mean it’s not popular in certain locations. But exactly where do the most people reside who engage in online bingo?

The United Kingdom is pretty much the go-to location when most people think of those that enjoy it. Bingo has become one of the country’s biggest gaming loves for many people. Yet, outside of the UK, bingo has managed to garner large numbers of fans, too. Italy and Germany both host impressive numbers of people who enjoy accessing bingo. It has been prevalent in Italian gaming since the 16th century and Germans first embraced it in 1880. Naturally, both locations now provide bingo halls and Italy has its own online bingo setup for people to participate in such at many sites.

Right behind the UK for bingo popularity though, is Romania. Surprisingly, the eastern European country has really gained a liking for the game ever since gambling began its resurgence in 1990 following the end of the Ceaucescu regime. The country has also introduced its own television shows, including Bingo Romania, which have risen to their own levels of popularity. Since the amendment of its gambling laws in 2013, online bingo and other gambling options have really gained in popularity exceptionally fast.

The United States of America even took its own favoured version of bingo with 75 balls instead of 90 and pushed this to prominence throughout the country. Today, this version of bingo can be found at many online platforms, being available to all members of such sites. The US may not have much of an online gambling sector for players to involve themselves in just yet, but this doesn’t mean that it doesn’t have a strong following.

Other locations where bingo is a popular activity include Japan, where online options have only recently made it experience a surge in popularity, and Sweden – although most people there participating in such remain of the older generation. 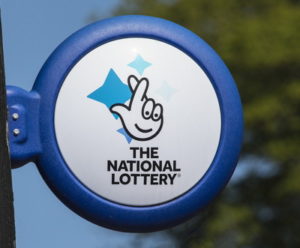 It’s not just online bingo that gets the attention of players too. Other forms of gambling have captured their focus as well, as they’re far more likely to have participated in the National Lottery in the United Kingdom or have purchased a lottery scratch card.

When you compare the number of online bingo gamblers who have done this to land-based bingo players, you have a percentage of 63% to 26%.

The same is true of playing casino games, with 38% of online bingo players against 5% of land-based bingo gamers engaging. 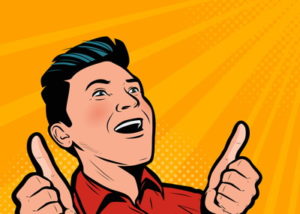 It’s not difficult to understand that due to the increase in online bingo’s popularity, many land-based bingo halls are closing down. People of the older generation aren’t as comfortable with using desktop computers, laptops, tablets and smartphones for their bingo habits. Not only that, but visiting a bingo hall allowed such people to connect and meet up with their friends, which isn’t quite as possible through online sites providing such games.

Therefore, it’s of little surprise that there’s a much larger number of youths accessing online bingo and contributing to its growth today, than those of the 55+ age bracket. Most people aged between 25 and 44 are quite adept at using smartphones and other similar technology, so it stands to reason that not only would they find it easier to engage in online bingo, but that such sites would target their products at this demographic.

The split between men and women participants remains quite heavily in favour of female gamers, which is how it’s always been where bingo is concerned. Most people would always associate sports betting with men and bingo with women, and today those figures remain pretty much in line with that idea. Granted, the number of men playing online bingo has increased slightly in recent times, but this is likely due to the ease of accessibility where the game is concerned in an online environment.

Furthermore, there’s little wonder that the United Kingdom remains as the number one country for participation in such around the world. It has one of the most liberal gambling markets on Earth, and this allows residents to access such gaming possibilities from any location, be that through Wi-Fi or data on a smartphone, or at home from a desktop computer. Romania has recently soared up to second position for this due to the introduction of its own gambling laws surrounding bingo in 2013. In fact, as with the UK, just about all forms of online gambling are legal in Romania, so this accounts for much of the popularity where bingo is concerned there.

To put it simply, it shouldn’t really come as any surprise that online bingo has proved to be a bigger hit with younger people. They are the age group that utilises technology more so than those above the 55 mark, and if sites tailor themselves in a bid to appeal to that demographic through website design and advertisements, then it’s bound to keep attracting players of such an age. Additionally, the more liberal the online betting sector in a country, the more likely it is that participation rates will be higher.