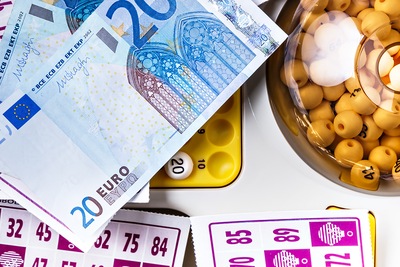 One of the brilliant things about playing online bingo is that it doesn’t cost the earth. There are such a huge range of bingo rooms with tickets costing pennies or pounds, that you can make a fiver last a week if you need to or spend a small fortune if you are lucky enough to be able to spare it.

You can even play games for free, and yes, there are prizes to be won on these games as well.

That makes online bingo extremely flexible when it comes to cost, and since it’s available instantly and deposits take seconds to show up in your account, you can play when you’re feeling flush and give it a miss when you’re cash strapped.

Of course, only you know what you can and can’t afford so being strict with your budget is a must, but as for how far that budget will stretch, well, it’s pretty much up to you.

The Cost of Online Bingo Tickets

The range of prices per ticket really is endless, but we like to break them down into three categories to make them easier to think about:

Games at the higher end are usually £1.00, £1.50, or £2.00, but this is very expensive for online bingo, and these sorts of ticket prices are usually saved for special games with big prizes and even sometimes celebrity guests.

Here’s a quick look at what a few different weekly budget amounts could get you at selected different ticket prices:

This gives you an idea of what is possible and how you might spread your budget out across the week.

Some people spend more at the beginning and then go on to cheaper tickets as the money runs low, others balance it so that they can play the same amount each day of the week.

So in the end it comes down to how much entertainment value you want out of your cash. 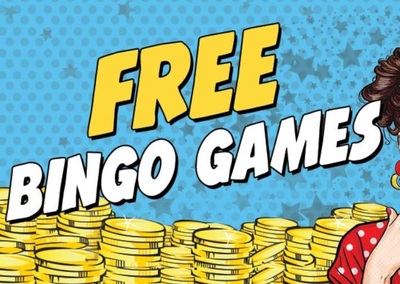 In a category all of their own are the free bingo tickets.

Everyone loves a freebie, and online bingo sites are a generous lot in this respect. Most of them have free play options with small prizes available to be won, and while winning them might not pay for the next night out with the girls, it will probably buy you a coffee and a slice of cake – and who would say no to that?

Free games might be limited to certain times of the day, or perhaps capped per player per day/week etc, it just depends how the bingo site structures it. Saying that, lots of sites run free bingo throughout the day, but you might find the more freebies there are the less the prizes are worth.

They might also give away bonus money rather than cash. This means you are winning free tickets really, because you can’t withdraw bonus money, you can only spend it on more games. If you win those though, it’s cash o’clock.

Another way to get free bingo tickets is by taking advantage of offers and promotions that your bingo site is running, and the good news is that these can often be used in more lucrative games, games where other people have had to pay for their tickets. Winning one of these is a sweet feeling.

You can also win free tickets by taking part in the chat room games that the hosts sometimes run, although the freebies you get will be pretty small fry here. Still nice to get though.

This is the beauty of online bingo – no.

Don’t get us wrong, you might find that in some rooms there are smaller prizes for 1 line, 2 lines, and full house wins because these prizes are usually decided by how much money the site has taken on the game. They take their cut and the rest is paid out as prizes.

However, you can find progressive jackpots worth thousands attached to games where tickets cost 2p each. You might also find that so many people have bought tickets for a low cost game that the prize is actually pretty exciting.

Obviously the more people that play the less chance each player has of winning, but that’s the same in any game of bingo. The point is, whoever wins that top prize will be much better off and smiling all week.

If you look at the image above you can see that the biggest jackpot is attached to the Quick Call room where tickets are just 2p, and even the total prize for the game is higher than that of Fame and Fortune Hunt room which costs 10p a ticket, because there are so many more players. All these things have an impact.

Games with higher ticket prices, £1.00 or more, will generally have a reason for why they are so pricey. The jackpots will be bigger or there might be a ‘must be won’ aspect to the prize, so perhaps the jackpot will definitely be won during that game, for example.

Higher end games tend to be heavily advertised and well attended too, so competition is tough but the pay out to the winner is probably cause for a real celebration.