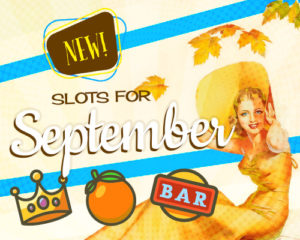 The month of September is here, and it is time to take a look at the upcoming slot releases over the next month. As ever, we have a lot of new titles coming out, with the main players all trying to bring something new and exciting for players who are looking for that.

Here we take a look at some of the best of those new games that are hitting the market.

The first two releases to look at come from the same company, with Playtech giving us not just one great looking game to get excited about, but two. On top of this, both games offer great themes which are going to appeal to a lot of players, they are certainly not only for a small niche market. 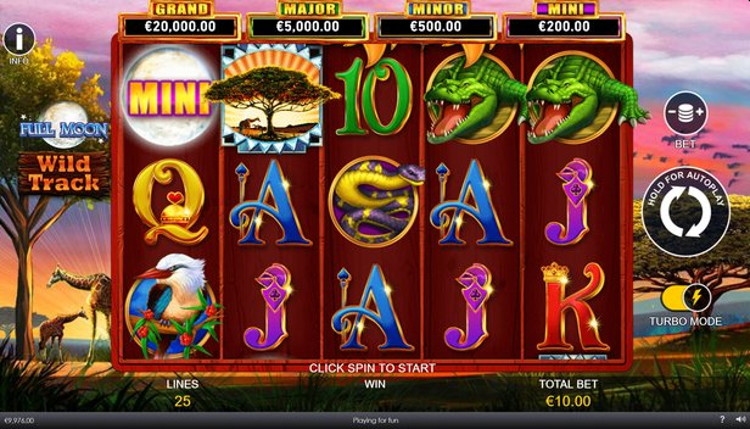 The first slot to look at is one that we have seen used in the past, though with a different theme and look. This is the second slot in a series that has been released by Playtech. The first was Panda Luck, a game that was specifically created with the Asian market in mind, and now this game is the same, but created with the Western market in mind.

This game is almost identical in terms of mechanics, and the features of the game so if you have seen and played on Panda Luck, then you will know what to expect. For those who haven’t, this game has 5×3 reels, with 25 total pay lines to play on. The maximum pay out on this game is 2000x your stake, which doesn’t sound like a huge amount, but this is a game that offers you the chance to place big bets, so the amount you can win on this game is bigger than what you at a first glance.

The big win comes from a feature on the game, while the biggest line win, without a feature involved, is 750x your stake, so still very good. As for the RTP, this is set at 95.93% on this game, which is good enough to provide you with fairly regular wins.

As already mentioned, this is an animal-themed slot, but specifically, this game is about the animals of Africa. This is a very common theme, some will think it is disappointing that we have yet another African animal theme on show again, but for others, it brings great familiarity, so you can play something you already know and love. As for the animals, look out for crocodiles, snakes, birds, elephants and more.

There are two wilds on the game, a standard sun and a red sun. These both work in the same way for substituting other symbols and helping you to create lines, but work differently when you are trying to activate the game feature, which is called the full moon feature. To get this, you need a full moon, a regular sun and a red sun on each of the five reels. The first two reels have the moon symbol on them, so look out for the suns on reels 3-5.

Finally, look for the tree symbol, which acts as the scatter. Get this on 3-5 lines and you will receive nine free spins plus a varying cash prize. When in this feature with the three spins, you can re-trigger them if you land on three or more again, so look out for that to extend the free spins game.

While some will see the theme as a negative, because it has been used a lot before, but for others it will bring familiarity, and of course, many people are attracted by this theme.

Heroes Arrow Take Players to the World of Robin Hood

Robin Hood is a character that many people are interested in, and in the past, we have seen a small number of games with this theme on them. Now, thanks to Playtech, we have another for players to enjoy, with the release of Heroes Arrow this month.

The 5×3 reels offer you a total of 20 pay lines to play on, so this is not a game that is incredibly complicated and out of reach for new players. If you are looking for a fairly simple game to enjoy, this could be a good choice for you.

Combine all of that together and you are left with a slot game that is likely to appeal to many players when it is released. 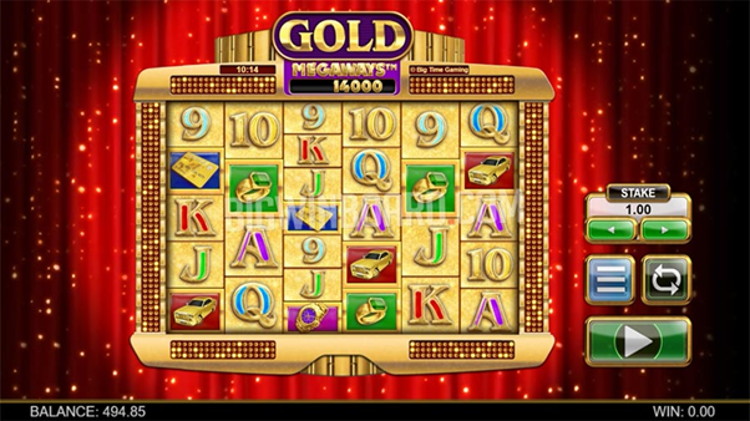 Back in 2014, Big Time Gaming released a game titled Gold, which was popular at the time, although when you look at the game now, it does look a little dated because of the advancements we have seen from gaming developers. However, fans of the title need to fear no more, because Big Time Gaming have brought this title back to life and on top of that, they have also given the game the Megaways engine, which is incredibly popular.

Gold Megaways comes out in September, and it is bigger than most other Megaways titles, with the potential to have 1,000,000 gaming lines as you unlock the additional symbols on each reel. With six reels and up to 10 symbols per reel, there is certainly a lot to look out for here, as there are on the majority of other Megaways games.

In terms of a maximum pay out, this is something else that has grown to be bigger than the original release. This now stands at 20,200x your unit stake, which is an impressive figure to aim for, and the RTP here is also very strong at 96.42%.

As for features on the game, one that can be rewarding, and also very exciting to watch, is the cascading reels feature. When you have a winning line, the symbols disappear and those above all fall down, adding new symbols to the top of the reels and also giving you the potential to win more as the symbols drop.

The theme of this game is all about gold and luxury items, such as cars, watches, briefcases and rings, as well as other things, so the game does all look well and work well together.

If you have either played on the original version of this slot, or you have played other Megaways titles and you are looking for another to play then this game is certainly one that you should be looking at. For those who haven’t experienced either of these before, this is a game that looks and feels luxurious and considering you can have up to 1,000,000 active pay lines, there is a lot of action taking place on the board for you to enjoy.