As we head into November, slot players around the globe will be getting ready for the Christmas period, and that is reflected in the games that are being released this month and next.

As you would expect, we are beginning to see the Christmas themed slots hit the casinos, with all the big players putting out games to compete against each other in the battle of who can make the best festive slot. 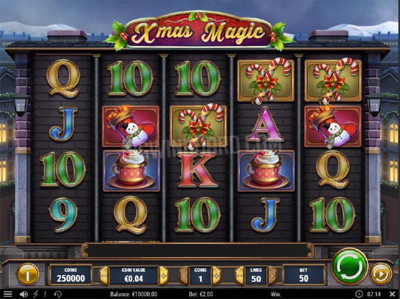 Traditionally, we see Christmas slot games appear across both November and December and that is exactly what we have coming up over the next few weeks. The first games are hitting the online casinos right now, and here is the best of those for people who want to get into the Christmas spirit a little early this year.

Festive Indulgence is the Christmas offering from Microgaming and released in November. The game will really appeal to slot players of all levels as this is a simple game to play. With just five reels and nine pay lines, there is nothing complicated here, perfect for those still finding their feet with online slot games. However, the 135,000-jackpot available on the game will make this appeal to more experienced players too, and this game is available on mobile devices which suit those playing on the go.

Talking of jackpots brings us to our second festive game released in November, this is Xmas Magic from Play n Go. Those hunting for a huge jackpot will immediately sit up and take notice when they see the size of this one. The jackpot is 4,000 x your stake on this slot, and with a maximum stake of 100 per spin, a jackpot win on this game could be as high as 400,000 here, something that will no doubt attract players.

Look out for the mistletoe feature on this slot, this is the highest-ranking symbol, and best of all, these can stack up and occupy the entire reel, giving you a huge win.

Those looking for something a little more complex this festive period will be taken by the brilliantly named Raging Reindeer which is brought to us by iSoftBet. The game has 4096 ways to win, an incredible amount and there is much more going off to keep you busy too. The jackpot available is 4332x your stake, a feature offering 100 free spins is on offer and we also have wilds and multipliers waiting for you.

The Raging Reindeer that this game is named after is your scatter symbol on this slot, and this is how you unlock free spins. Land between three and six to trigger between eight and 50 free spins, with the chance to retrigger the feature to make that top number into 100 free spins on this game, a great reward!

Those looking for an action-packed game this festive period will no doubt love the features on this one. 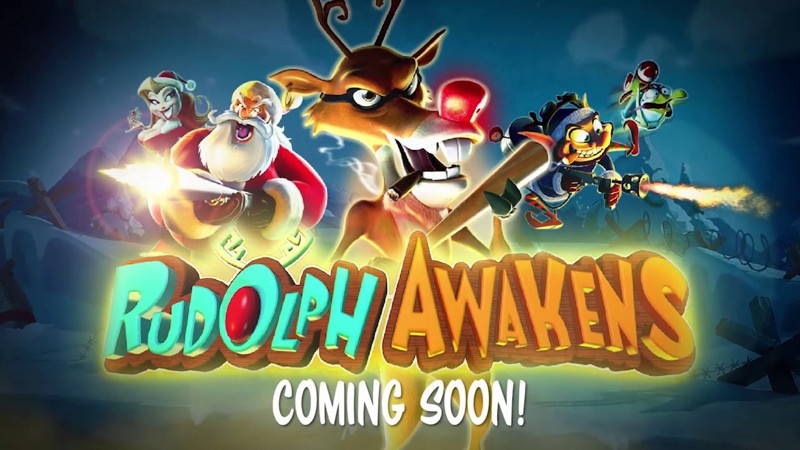 The final game to mention out of the November festive releases comes from RTG and is called Rudolph Awakens. This is part of their Rudolph vs Santa series that some players will be familiar with, and when games are created as part of a series like this, they always prove to be popular with players.

Rudolph Awakens is not your traditional Christmas slot, despite being very festive, as it tells the story of the ongoing feud between Rudolph and Santa that we have seen throughout this series. The game has 30 pay lines and a jackpot which is 50,000x your line stake. You will also find wilds, free spins and nudges available as you play this game so there is plenty of ways in which you can put together winning lines while playing.

The main feature to look out for on this slot game is the Rudolph Wild. This is on the middle three reels and can expand to cover every possible part of those three reels, linking up other symbols to produce wins. The Rudolph Awakens feature is part of this, giving you 10 free spins when you have the Rudolph Wild activated on the whole of the third reel.

This is a very festive themed slot game, although not one that tells the traditional Christmas story. It is ideal for those who want festive symbols but not a game about Christmas itself, and of course, those who have already experienced a game from this series in the past will be interested in the newest title to come out. 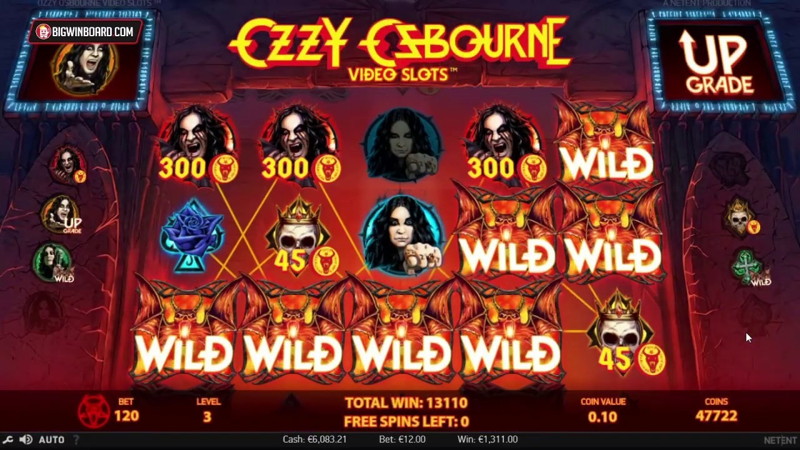 The month of November is not all about Christmas slots, elsewhere there has been a number of releases that catch the eye. We have seen a number of different music-based slots released over the past decade, covering a variety of different artists and genres. The latest will appeal to those who like their rock hard and heavy with a classic feel. The Ozzy Osbourne slot game from NetEnt has been anticipated for a long time and in November we will finally get to play it.

As you would expect from a slot game portraying the frontman of metal band Black Sabbath, this slot is dark and has some interesting choices for symbols. One of the most iconic moments in the career of Ozzy came when he bit into a bat’s head on stage, and here we have a bat symbol as the wild, to remind us all of that time.

There’s plenty to keep you interested here, with free spins, scatters, a bonus bet option and a feature spinner where you can win prizes as you play. If it features and action you want then this slot certainly delivers in that category.

Something else that stands out about this game is the RTP% on offer, which is a pleasantly surprising 96.67%, high for a branded game like this one. The jackpot on offer is 2500x your stake and with 100 per spin allowed, this means high rollers can aim for a 250,000 jackpot here if they wish to.

Fans of Ozzy, metal music and old school rock will no doubt be drawn to the game and when you play it will certainly bring back some memories. The game is complex enough to appeal to those who are very experienced at playing slots, and if it’s big jackpots you want then this is something else that this game caters for. 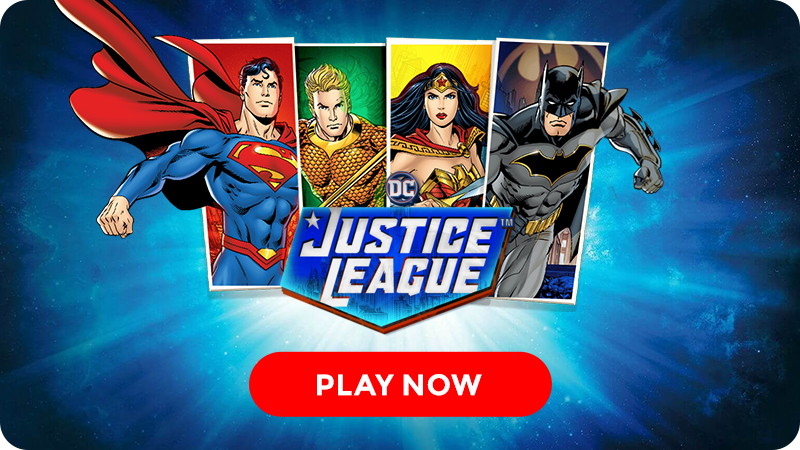 Playtech launched a Justice League themed slot back in 2017, based on the movie that was created. This is a new and updated version of that slot, but also one that moves to be based around the comic books that were created. The same characters are on display, some of the biggest names around such as Superman and Batman, and those names alone are going to draw people into playing this game.

The slot offers both regular wins and a progressive jackpot, which has the ability to give you a life-changing sum of money if you are lucky enough to land it. The game is pretty simple and easy to play, so if you are not too experienced when it comes to slot games but love the Justice League series then this game is one you can try out.

The progressive jackpot you are playing for is the DC Super Heroes Jackpot. Four different ones are available here, with the Grand Jackpot being the highest and the Mini Jackpot being the lowest. These trigger at a random time, although the higher your bet, the better chance you have of winning one.

The feel of this game really brings to life the characters on display. The graphics are all based on the comic book drawings of the characters, so it looks like we have little sketches on the screen rather than movie characters that we saw in the last version of this slot. Playtech have done a really great job with this, and it is only going to help the game appeal to the masses, as well as those who are big Justice League fans already. 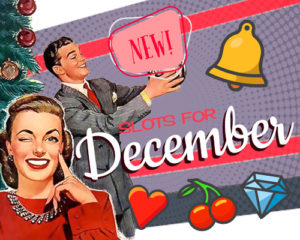 Back to Christmas and next month, you can expect to a lot of more festive releases hit our screens. NetEnt have already announced their Christmas slot game will be called Santa vs Rudolph and will be available to play in December. The story of this game is of a fight between these two just before Santa needs to head out and deliver presents around the world. Rudolph has hidden his hat, and chaos ensues right before Christmas.

Another title to look out for soon is Mystical Santa Megaways, another festive-themed slot based around the Megaways style, which always proves popular with players and will no doubt attract attention because of that. This game comes from Stakelogic and promises to bring many cool features while offering a traditional Christmas theme to the game.