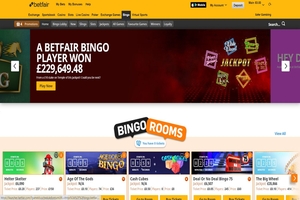 Betfair Bingo belongs to the highly renowned and extremely well established Betfair brand. As a leading competitor in the online gaming world, Betfair added bingo to the brand to go alongside their popular sports, casino, and poker offerings. The platform runs on the Virtue Fusion network, giving players the best in HD graphics, gaming security, huge jackpots, and high quality gaming options all round.

The site at first can seem slightly overwhelming, but fear not, it’s quite simple after a quick look around. The main Betfair gaming options are displayed across the top of the page, then the bingo site has its own separate lobby which will open in a new window.

Once you get to this point everything is much simpler with no extra tabs or menu options, and you can do all your bingo-ing (I think we just made that word up) from the one dedicated interface. It’s not the most flashy bingo lobby in the world but it works superbly and keeps things simple for the players. 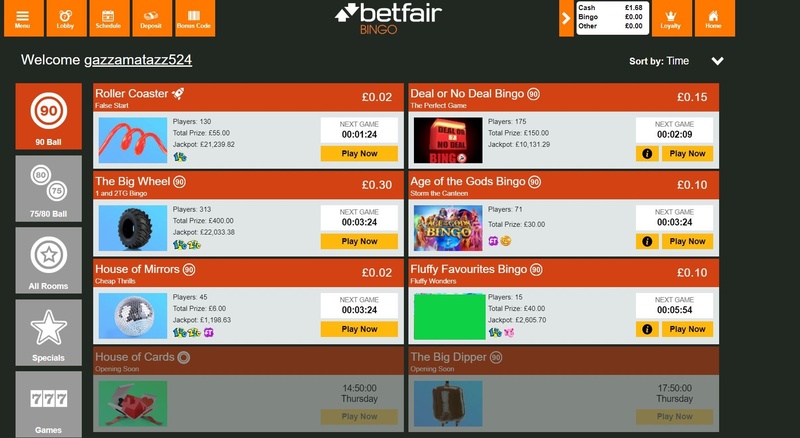 Betfair is a brand we can all trust having been around for so long, and playing with a company as big as this comes with other benefits too as you will find out.

The promotions at Betfair are pretty fantastic if truth be told, especially compared to other bingo sites. They have been known to enhance prizes over the weekend totalling £500k all told, as well as offering extra prizes in the chat room, and they often offer loyalty point boosts too.

Speaking of loyalty points, the Betfair Bingo Club is fantastic. This loyalty scheme awards players points for any games played, which are then automatically added straight into your account. The more games you play the more points you’ll earn, and can be exchanged for bingo and games bonuses, and eventually real cash prizes too.

What’s more, there is a VIP level to this scheme offering enhanced benefits and goodies, and once you get there that’s always where you’ll stay. You only have to qualify once. 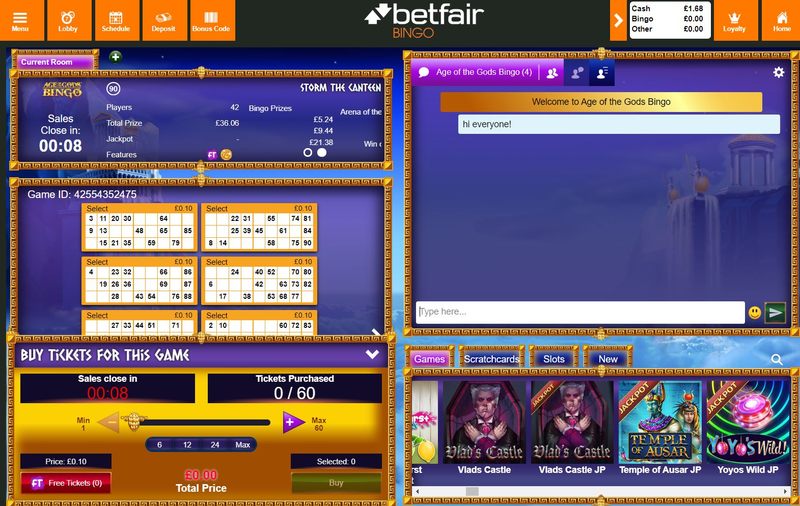 There is a huge range of bingo on offer at Betfair. Most regular games come in either 75-ball, 80-ball, or 90-ball formats, but there are a fair few specials which use 40-ball, 52-ball, and 36-ball variations.

As you probably already know, those last two are very odd indeed, but that is because they refer to specific games. Housey is one such game, basically bingo played with a pack of cards, and since there are 52 cards in a deck, you’ve got 52-ball bingo!

Another fairly recent addition has been the fantastic new Cash Cubes room, which is extremely fast and furious in pace with exciting jackpots up for grabs. This one uses the strange 36-ball format.

Not only that, but there are plenty of bingo games with additional features like jackpots or bonus rounds thanks to some good work from Virtue Fusion who run the network Betfair uses. Branded rooms such as Deal or No Deal and Rainbow Riches offer extra entertainment value as well as extra chances to win, and even huge progressive jackpots in some cases such as with Age of the Gods.

Betfair Bingo also have a great bingo schedule too, both in terms of its design and its content. This can be found in the bingo lobby and shows players all games coming up and which rooms to head to. You can also see really clearly the prize pots up for grabs, the price of each ticket, and also how many people are already signed up to each game. Even at quiet times this is usually between 100 and 400, so there are plenty of people to talk to in the chat box.

Betfair have an absolute treasure chest of slots etc on their casino and gaming sites, so it’s odd that so few are officially available as bingo side games. What’s more, those that are do not tend to be the real big hitters; the famous games seem to be kept for the casino apart from the odd one or two.

Of course there is nothing to stop you going across to the casino and playing one of the hundreds of games in there, but you will find a little under 100 as bingo side games, a lot of them being jackpots.

There are also scratch cards if you prefer something simpler, and these all games come from Playtech or game studios owned by Playtech.

Slingo is another game option, and a natural choice to include as a side game to bingo since Slingo is quite literally a meld of slots and bingo – hence the name!

These games can be played unobtrusively in a small corner of the screen near the chat window, so they don’t steal focus from the main event. 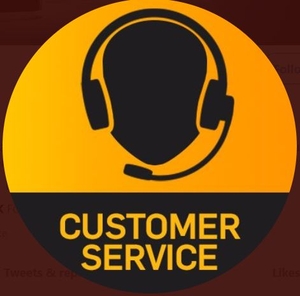 The Betfair platform has a really cohesive FAQ section, however, it is designed to serve customers from all betting products so there is an absolute mountain of info in there relating to sports betting and the like.

There is a search function which helps, but you might prefer to contact them directly via one of the following methods:

Most contact methods are available 24/7 but some do close; social media for example is usually available 7am until midnight.

Being part of such a large well known brand gives Betfair Bingo some real gravitas in the industry. The bingo is outstanding with a huge variety of game types and styles, and while the side game selection is streamlined there is nothing to stop players jumping over to the casino to get a better selection.

They might not be bingo specialists but you would never know that just by looking through their schedule or bingo lobby.

Betfair Bingo is recommended for players that like to crunch through promotions and bonuses, since they run a lot of them. Anyone who is easily intimidated though might prefer a smaller more niche site, as the Betfair brand is a bit of a monster.