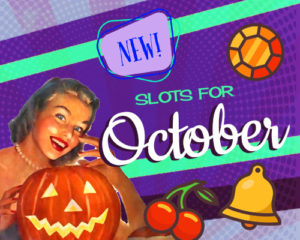 As we move into the month of October, the weather begins to turn and this means that many people will be staying indoors and focusing on their hobbies that can be enjoyed at home. Slot gaming is of course one of these, so we often see a large number of slot games released during this period, and this month looks to be no different from that. On top of that, we look to have some quality titles on offer for those looking to find something new that they can enjoy.

There are a number of great looking slot games heading out onto the market in October and here we take a look at some of the best we have found and could prove to be popular with players over the coming weeks. 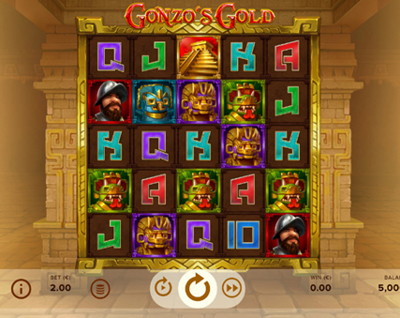 The Gonzo’s Quest range of games from NetEnt have proven to be very popular over the years. We’ve seen them create a standard version of the game, as well as a Megaways version and a virtual reality game to play, and now we have something completely new to add to the series.

Gonzo’s Gold will be available to play in October, and this time around we have a slightly different name, though the same characters that players already know and love will remain in place. This game takes a different approach as the others have, and the feature here is the cluster pays mechanism, rather than standard win lines.

The game has a 5×5 board, where you will find the cluster pays system inside. You don’t need lines here, you are just looking for symbols grouped, with anything from three up to 25 symbols potentially being together. The maximum payout on the machine is 5,000 your unit stage, giving an impressive jackpot to aim for.

Anyone who has played cluster pays before, just one point of note here and that is this machine doesn’t have cascading reels, which drops symbols down as you win. This is not on offer here, so there is no chance of further wins building after your winning symbols are removed from the board.

There is one main feature to look out for on this slot and it is a free spins feature. Look out for the temple scatter symbol on the board, you need between three and five of these to get a reward from the machine. This can be up to 200x your unit stake as a payout, and 10 free spins to use. During the free spins game, you can reactivate the feature again by finding more temple scatters.

In terms of looks, this game looks very similar to the Gonzo’s Quest games, which is no surprise given how popular they are. It is great to see NetEnt trying to develop this game and give players more options and style of play. The cluster pays version of this game is just the next in what will hopefully turn into a long and successful series.

If you’ve played these games before, here is another exciting version for you to play and if you haven’t, this game is well worth a try as the first one from the series, and you will be able to move on to others if you like this one.

This looks to be a really exciting release for the month, and it would be no surprise to see this turn out to be one of the most popular new games of the month. 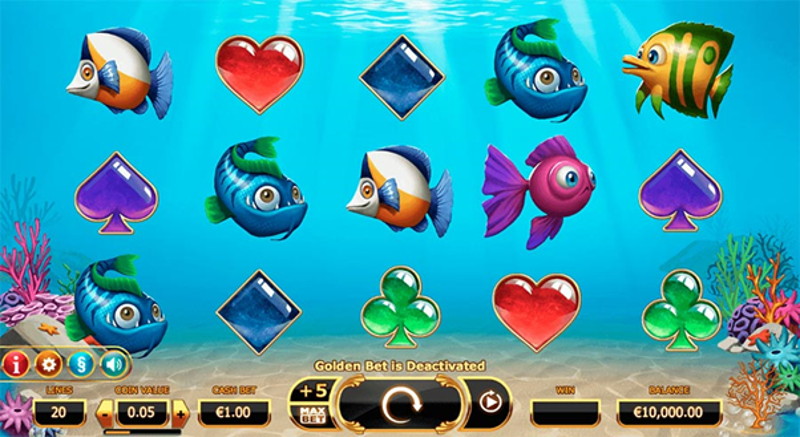 It’s been five years since Golden Fish Tank was released by Yggdrasil and this month, we finally get to see the sequel to a game that many people really enjoyed playing in the past. Golden Fish Tank 2 Gigablox brings new up to date animations for you to enjoy, as well as bringing the Gigablox gaming engine to the game, something that certainly adds excitement for players.

With this engine, you will see that the game has mega symbols, but these can split down to create multiple symbols in a space, meaning there are more win lines in play. The most you can have here is 4096, which is obviously a huge number and greatly increases your chances of winning when you have this number of symbols in place.

When it comes to features, you need to look out for the treasure chest symbol on reel five here. This will give you one of two rewards, either a trip into the free spins game or a prize of 500x your unit stake. If you are already in the free spins mode, you can get this again and reactivate a maximum of five times.

The free spins game is a little different, as modifiers are active within the game, a minimum of three of them at any one time too, which is great. These include multipliers, expanded reels, extra wilds, stacked symbols and more free spins, so look out for what you get when you go into the free spins version of the game.

If you remember the first game then this is certainly worth a try, with similarly great gameplay, a new engine and up to date graphics. If you didn’t then this could still be a game for you, with an exciting game model on offer here, plus the chance to go into a great free spins game, and potentially over 4,000 win lines open for you if you get up to the full board.

Pragmatic Play John Hunter and the Quest for Bermuda Riches 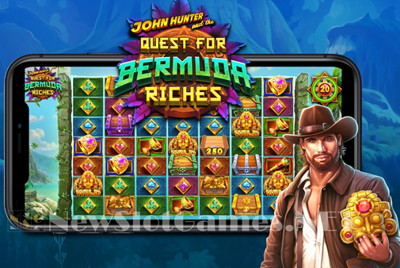 The last game we look at is part of a series of games, and it is one to keep an eye on because there is hope that this could turn into a very long line of games made by this developer.

Anyone who has kept up to date with Pragmatic Play will know that they have been pushing this series hard as they want to expand it a lot over the next few years. John Hunter and the Quest for Bermuda Riches is the fifth game to be released in the series, and it looks set to be another very popular one.

It is fair to say that Pragmatic Play have kept things very simple here, giving people what they want. The game has cluster pays lines on it, and a big gaming board to play inside, which has seven reels on it. The RTP of this game can vary depending on the operative, there are three different ones available with the biggest being 96.51%.

The max payout on the slot is 5,000x your unit stake, which is pretty strong and gives all players something good to aim for. In terms of the story, as the title tells us, John Hunter is the main character in the story and he is off to Bermuda in search of riches. Look out for symbols such as treasure chests, diamonds, emeralds and more as the theme of this game really comes to life.

With wilds, multiplier bars to fill while you play and more, this looks to be a very action-packed game that is going to keep you entertained while you play, as you are not quite sure what will be next around the corner.