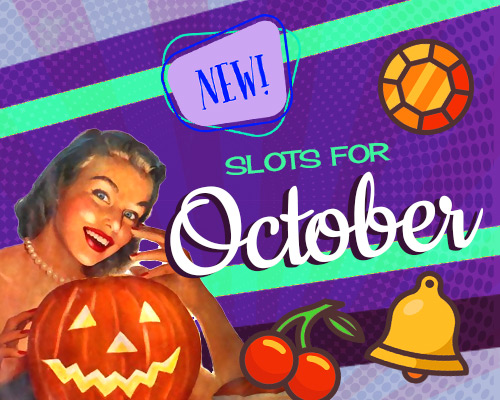 As we move into the winter months and people spend more time at home, this is often a busy time for new casino releases and the month of October looks to be no different.

We have a range of new releases coming your way and pick out the best of those here. They include a double release from Pragmatic Play, a food-based sequel from Big Time Gaming and a game based on a Canadian DJ from Microgaming.

Here is a look at the best of what October has to offer slot gamers. 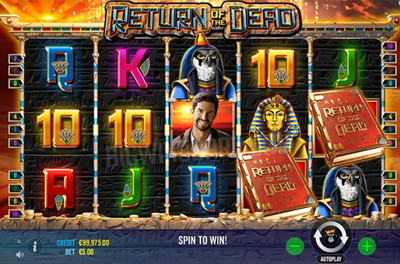 Pragmatic Play are a well-known name in the casino industry and have created many excellent slot games in the past. This month we have not one, but two games to look forward to from them. These are very different slots, appealing to different types of players and hopefully at least one of these games will appeal to you.

The first game to look at is called Return of the Dead. If you have played Book of Ra in the past, or one of the many games that attempt to recreate that then this is another game to try and achieve this.

Book of Ra is one of the biggest slot games of all time, Return of the Dead is simply Pragmatic Play trying to offer their version of the game to players.

This game has a recognisable theme based around Ancient Egypt and on top of that, the game also delivers the same kind of top payouts that we see on others. The maximum on offer here is 5000x your stake, a nice prize to aim for. It should be mentioned that the game has a very good RTP of 96.71% which makes this one of the best value for money games of its kind when compared to others.

Everything else is pretty simple, the game has standard 5×3 reels, 10 pay lines and the bets on this slot range from a minimum of 0.10 up to a maximum of 250. The treasure hunter symbol is the one you are looking for when searching out big wins. This gives a 500x payout for each line, so this is where the 5000x payout comes into play if you have this symbol in every space to cover all 10 pay lines.

You will see a wild in this game that can help you build winning lines, while there is also a scatter that can contribute to free spins and wins so look out for these two symbols.

If you like Book of Ra and want to try something similar then this is a game that certainly offers that. Those that have always been intrigued about Book of Ra may also want to give this a go, the excellent RTP makes this version stand out from the crowd. 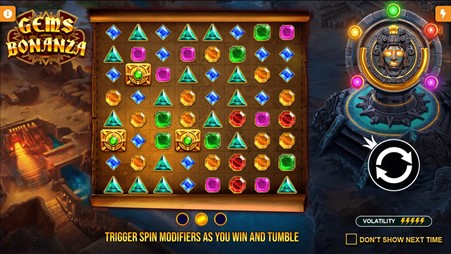 The second release from Pragmatic Play this month is something completely different and this is Gems Bonanza. This game has eight reels, a huge gaming board and cluster pays in operation. The game is seemingly taking its inspiration from the popular video game Bejewelled, with a large board full of brightly coloured gems to follow.

Those looking for a game that has a story running through it and one that offers exciting symbols and features will be a little disappointed here with the look of this slot. However, if you are a casual player who is looking for something simple to sit back and relax with, this may be the game for you.

The RTP on offer here is good, standing at 96.51% while the maximum win you can claim is 10,000x your unit stake. When betting, you bet as though you are playing a total of 20 lines on this game, even though cluster pays are in operation. Bets range from a minimum of 0.20 up to 100 per spin, with the maximum amount meaning that you have 5 bet per line in theory.

For those who haven’t played on a game that involves cluster symbols before, you are looking for groups of five or more symbols together for a win. These can be connected horizontally or vertically, and they don’t all need to be touching each other, you just need each symbol to be touching one other.

Look out for gems that have coloured marks behind them when playing, if you get winning lines involving these then you will receive a special feature. These differ depending on the colour of the mark but include things such as extra wilds, new symbols being released, symbols turning into wilds and much more.

This title is probably aimed at the more casual gamer who wants to play something and relax, rather than following a story, but it is still a very impressive release from Pragmatic Play, who look set to have a great month. 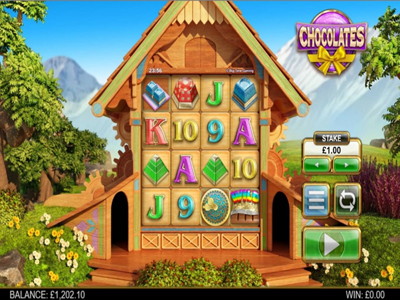 Big Time Gaming have released another food-themed slot game to the market. This is the game Chocolates and is a sequel to the popular and fun to play Donuts.

The game has a very small 4×4 reel system in place and is highly volatile offering the chance to win very big. You can win 65,536x your unit stake on this game, an exceptional amount that is certainly going to attract some interest. Despite that, and being highly volatile, the RTP of the game has remained very good too, standing at 96.60% which puts it in the above-average category.

The reels offer 256 different ways to win and you do this by forming combinations of three or four of the same symbols. You can use the wild to help you achieve this too, so look out for the wild symbol when you are playing.

This game also features Big Time Gaming mystery boxes. These are used to increase your chances of winning, and when opened they will have a range of chocolates that give you more ways to win. You can also use these to get yourself free spins on the game.

The area in which you play is small, but there are still well over 200 ways to win on this game, showing that it has a lot of depth. With a nice RTP and a great maximum win to aim for while playing, this release from Big Time Gaming is going to catch the eye of several players. 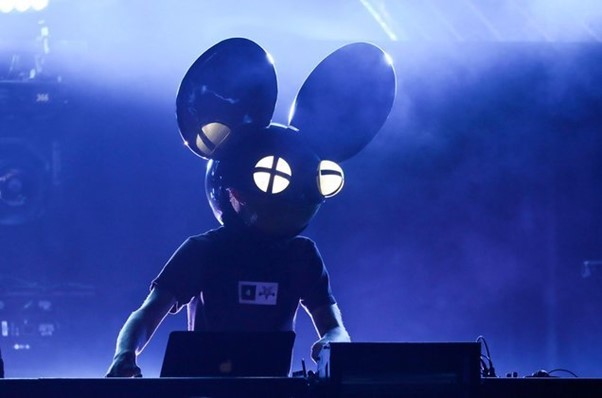 Fans of the music DJ Deadmau5 are going to love this release from Microgaming. It focuses on him and his music, this well-known DJ will provide a recognisable theme for many players.

As for the slot itself, the reels are 5×3 in size, they offer 243 different ways to win and a maximum win that stands at 2100x your stake. This is a highly volatile slot, so the maximum win size is a little disappointing to see, despite it still being a nice amount to win and something that players can aim for while spinning the reels.

The RTP on offer is 95.22% which is a little lower than average, but that points to the fact that this slot is volatile, you are playing here for the chance of bigger wins rather than regular smaller wins.

There are many features to look at though which is good to see. These include wild reels, free spins, rolling reels and a multiplier that can go all the way up to 10x. Wilds are on offer here to increase your chances of winning, they can appear on the middle three reels of this game, meaning you may only need symbols to match on the first and last reels to have a nice win.

Free spins are triggered using the scatter, get three or more to begin this element of the game, three gets you 15 free spins, four gets 20 and five gets 25.

If you like the DJ and you want to give this game a try then there is a lot to like, but it is a game that would be even better if the maximum payout was a little larger to put it in line with other high volatile games. That being said, fans are certainly going to enjoy this, and those who like plenty of features should too as there are many available during the game.