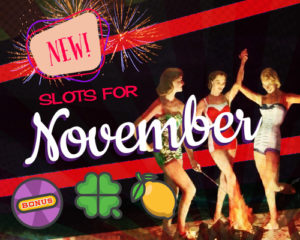 The month of November comes and as we are approaching the festive period, we are seeing the first new Christmas slots emerge for the year.

Many developers compete against each other to try and have the most popular Christmas slot, and this year we have a couple of early contenders.

It’s not just about Christmas slots though, we have a new game from a hugely popular gaming series that is set to be released in November and will no doubt grab the attention of many players.

New Game from Playtech for the Age Of The Gods Series

If you keep up to date with the developer Playtech and their games, you will certainly have heard about the Age Of The Gods series of games. We have seen several releases to complement the original game, and now we have another with Age Of The God: Maze Keeper released in November.

This game is the most recent in the series and keeps the Ancient Greece theme that we have seen running through the rest of them. Just like the other games in this series, there are progressive jackpots up for grabs here, some great graphics and a gaming board that can add additional win lines for players.

The game begins with 6×4 reels and a total of 4096 win lines on the board for you to aim at. However, the WaysBoost feature enhances that and takes the number of win lines up to 14,400. This feature is a free spins game, so look out for these because not only do they offer you a free chance to win, but they also give you more chances to win.

If you’ve played other games from this series then you will know the progressive jackpots you are aiming for as they are the same here. The main jackpot is the ultimate power, while the others are known as super power, extra power and power.

Wilds, scatters and multipliers add an interesting element to this game, and it is with scatters that you will get into the free spins game we have mentioned. Look out for five scatters on the reels to get into this, getting free spins and more chances of winning. With multipliers available too, you can double your chances, and more while on this game.

The layout, theme and feel of this slot are very similar to others in the series, so if you have played those and like them, but fancy a different style of game to those, Age Of The Gods: Maze Keeper is certainly worth a try.

As mentioned at the top, attention is slowly turning towards Christmas for many people, and certainly those within the slots industry. The battle to create the best new Christmas slot is underway, and this month sees two early releases hit the market, hoping to gain an advantage over others. 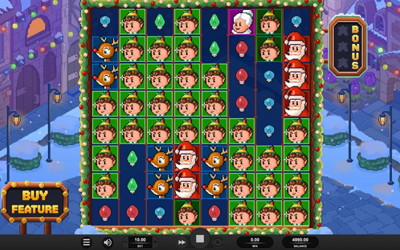 The first release to look at is Santa’s Stack, which has been developed by Relax Gaming. This slot has a huge gaming area for you to play on, and the cluster pays system in place, offering different payment methods to the standard win lines that many slots have.

The game has eight reels, giving an 8×8 gaming board, and a very strong RTP of 96.27%. There is a big jackpot on offer too, with 20,000x your unit stake available to players, certainly worth aiming for.

To win on this slot, you need five or more of the same symbols next to each other, they do not have to be in a line. You can get clusters all the way up to 60 large, a win that would pay out 10,000x your stake if you found 60 of the top paying symbols. A great additional feature here is cascading reels, so when you win with a cluster and that is removed, symbols from above fall down into place to fill the gaps, and this could lead to even more wins from the same spin.

The wild is important here, acting in its normal role of being the substitute symbol as you try and put clusters together. However, on top of that, it also acts as a respin feature, so get a cluster with a wild to receive a respin.

Three scatters will get you five free spins, and you can add further to these either by using wilds in combos or landing other scatters on the reels. This means the free spins feature could last for some time, giving multiple chances for you to win.

If you are looking to find a Christmas slot that has a slightly different feel, plenty of great features and a huge gaming board, Santa’s Stack from Relax Gaming certainly offers all of those and more. 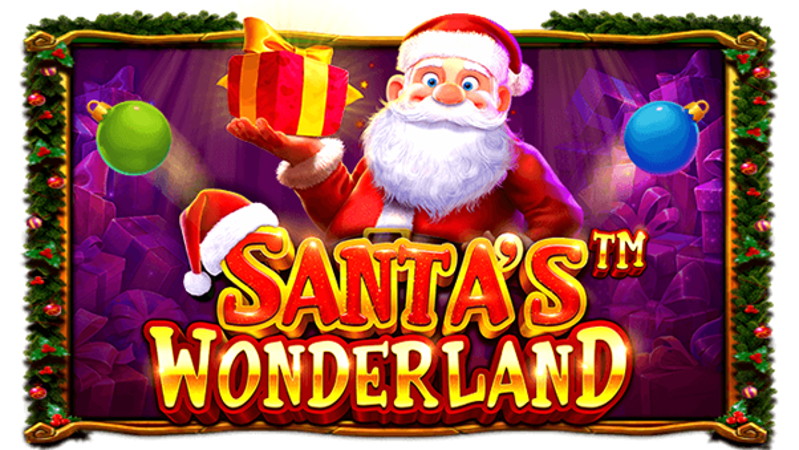 The second Christmas game to look at that comes out early in November is Santa’s Wonderland from Pragmatic Play. The word is that Pragmatic Play are working on releasing several slots for the festive period, and this is the first of them we will see.

This game has a really big 8×8 gaming board, with the cluster pays system in place. The RTP is strong and can be as high as 96.23%, with a maximum payout of 7,500x your unit stake, so a good jackpot too.

The main element of the game though is all about the features on this slot, with a variety of different levels that you can work through. Look for the meter on this game that you can add to, this is what you need to level up. When on level two, you get a 6x multiplier, this goes to 9x on level three, 12x on level four and 15x on level five, so is a great way for you to boost the winning lines you have.

The second big feature is the snowflake feature, which comes in a variety of different colours. The blue colour will remove all regular symbols and add new ones, while the green will give you 15 extra wilds. The red snowflake will add one mega symbol between 3×3 and 5×5 in size, to help you build clusters on the grid. Purple will transform one symbol into wilds, while the last one is yellow and this adds several 2×2 symbols around the gaming board.

On top of this, you will find regular wilds that you can use on the game to increase your chances of winning as they substitute missing symbols when you are making up your clusters. This game is a really fun looking game, that has several great features you can use to enhance your experience.

This laid back style of gaming, with the features adding fun to the experience, looks as though it is exactly what people are going to want to play around the festive season. With an early chance to pick up some fans before other games are released, it would be no surprise to see Santa’s Wonderland turn out to be one of the more popular Christmas games released this year.