We continue to move through 2021 and yet again there are some exciting-looking slot games scheduled to be released in March. With many big companies battling it out to catch the eye and be the ones we turn to for new games, here is a look at some of the releases for this month that have made a good impression. 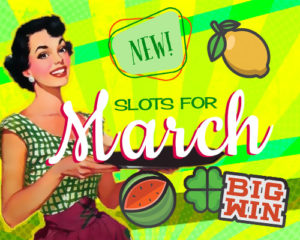 The Yggdrasil masters program invites elite independent casino game builders to join in new ventures that creates a perfect mix of new ideas with an established, powerful and innovative studio.

The master program has seen them work with ReelPlay in the past and they have combined again this month, not only to bring us one new title but to give us two.

These games look exciting and are sure to be well-received as these combined Yggdrasil and ReelPlay games go from strength to strength. 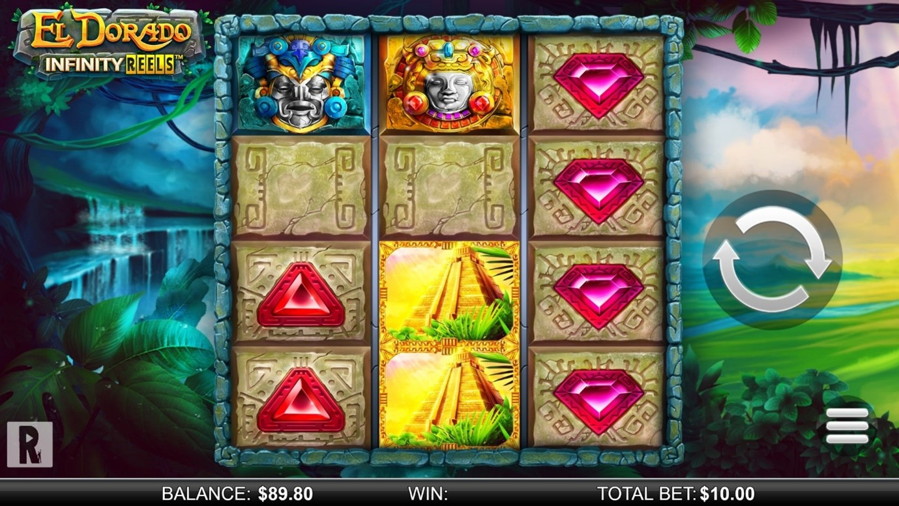 If you are looking for something a little different then there are games out there that offer something outside of the box, and this new release, El Dorado Infinity Reels, is certainly one of those games.

It is a slot packed full of features, the biggest of those being that the reels can expand here, you start with 3×4 reels, but the game keeps expanding from that position into something far bigger. This aids the RTP of the game, which can go as high as 96.54% depending on the state of the game and the size of the reels. This is a very high number and one that will instantly draw the attention of fans.

On top of the expanding reels to completely change the course of this slot game, look out for free spins and increasing multipliers, this is action-packed gaming at its very best. Those who are experienced slot players will have seen all of these features before on various slot games, but few offer them all together on one game, and that is exactly what we have here.

As for the game jackpot, this stands at 6250x your unit stake, so certainly worth chasing and a combination of free spins, multipliers and having the reels expanded will give you the best chance of landing that.

Expanding the reels is easy, you simply need to match symbols running across the reels, and when you get a full combo, the reels will increase by one. At the point of having five reels and getting a combo of five symbols, this is when you will start to get paid on your winnings. When this gets up to 15 reels on the screen, a jackpot of 888x your stake is available.

The game is called infinity reels, and that is true, the reels just keep on expanding for you in the game, without a limit. Look out for the Temple symbol as this will not only give you a win but also give you free spins to use. A winning combo including Temple symbols gives you 10 free spins, and here you have the choice to use them immediately, bank them for later, or gamble them.

This is an action-packed title, perhaps a little too much for those who are brand new to casino gaming, but as for experienced players, this could be the game you are looking for if you want something new and exciting.

The second release from Yggdrasil and ReelPlay combines two of the most popular aspects of slot gaming. The first is the wild west theme, which has been around for many years and despite a lot of games on the market with this theme, they all continue to be very popular.

Secondly, we have Megaways, this method of gaming continues to grow, so if you like both, then that is exactly what we have here, with Big Bucks Bandits released this month.

In terms of the Megaways functionality here, this is the standard version of that, so expect six reels on the screen and the standard maximum pay lines of 117,649. The maximum win on the slot if 10,000x your unit stake, with a solid RTP of 96.10%. Wilds, scatters and the chance of jackpot respins are the most exciting elements of this game, and certainly what players should be looking out for.

The money back scatter is the main feature of this game, and is triggered when six money bag symbols are on the screen. This triggers a jackpot respins feature, which is known as Bank Heist. The task here is to try and get more money bag scatter symbols on the reels, with each one giving you a payout. As standard, these payouts are 1x to 30x your stake, but there is a fixed jackpot of 1000x your stake also available.

This game really stands out and the reason for that is because it will bring many players together. The wild west theme will attract plenty of people, as will the Megaways gaming style, so combined together, this could prove to be a very popular release this month. 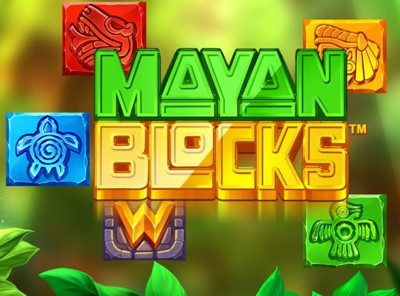 The final release of the month to talk about is Mayan Blocks from Playtech, which brings a unique and different look to gaming than what many fans will be used to. This slot uses the cluster pays feature rather than standard win lines, an alternative to regular gaming if you have never seen or played this before.

Here, rather than concentrating on lines, you need to aim for clusters, which are made up of five symbols that are the same. Games like this are known for offering some big wins, and that is certainly the case here. The RTP of this game is 95.36%, which is lower than you would usually see and that is because the game is focused on potential big wins, rather than several smaller wins, the reason for this is down to cluster pays.

The game has 6×7 reels, giving you a big gaming area to watch over, and the jackpot on Mayan Blocks is 10,000x your unit stake. If you want a game packed with features then this is another big positive of this title, look out for things such as mega symbols, collapsing reels, regular and mystery wilds, free spins and multipliers that go all the way up to 20x.

With these to look out for, plus the different look thanks to cluster pay rather than standard lines, there is certainly a lot to look out for and keep you interested while you are on this slot. The mega symbol can definitely help you pick up some wins, coming in either 2×2 or 3×3 size, so practically giving you enough symbols for a small win just from that symbol.

Scatters give free spins, and to get those you need four scatter symbols anywhere on the board, this will give you a reward of eight free spins. The free spins feature is where you will find the biggest chance of landing a multiplier, this goes up 1x with every winning line and could go all the way up to 20x.

With an alternative gaming style, plus a ton of features to look out for and make this interesting, Mayan Blocks certainly appears to be a game that could prove popular with players this year.