The summer is here and during this period, many people love to find something to help them relax. After a hot, sunny afternoon, enjoying an evening playing casino games is a great way to unwind.

Those looking for something new to play can look at the newly released titles for July 2020, we have picked the best of them out for you below! 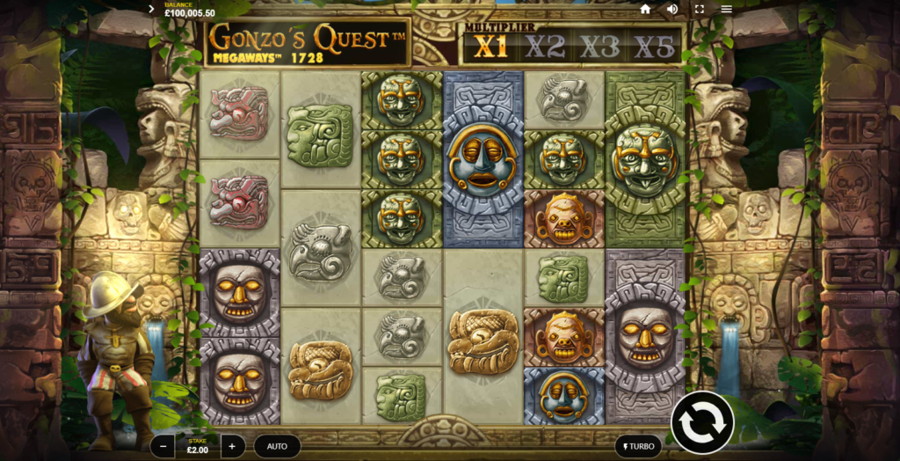 Gonzo’s Quest is one of the most popular casino games we have seen and finally, the sequel that many of us have been waiting for is here.

Gonzo’s Quest Megaways is here thanks to a collaboration between Red Tiger and NetEnt. The NetEnt group bought Red Tiger last year and said collaborations would be taking place, and this is the latest of those.

With NetEnt providing the game, a hugely popular title, and Red Tiger providing their Megaways license, the outcome is a thrilling version of this classic slot.

There are six reels and a huge 117,649 pay lines on this slot, giving you many ways to win. On top of that, the game has a jackpot of 20,000x your stake while the RTP% is 96% which is another positive. The Megaways system puts together your potential winning lines each round, something that has proved to be very popular with players.

Features on this game include an avalanche which knocks out some of the symbols on the reels and replaces them, an earthquake which is randomly released and clears low-value symbols, replacing them with high-value ones and wilds. These wilds can be unbreakable, which means they survive the avalanche giving you a greater chance of winning with the new symbols that are dropped into the game.

Look out for free spins too, which are triggered by the scatter symbol. You can get between nine and 15 rounds worth of free spins here, depending on whether you land three, four or five symbols. During your free spin games, the multiplier at the top of the slot is trebled which means 3x to 15x payouts rather than the standard 1x to 5x.

Those who have enjoyed Gonzo’s Quest in the past are likely going to love this new and revamped game. With Megaways bringing a new element to things and potentially making the game more rewarding, this is likely to be the most anticipated new release of July. 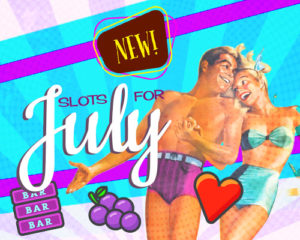 We will see not one, but two big releases from Playtech in July, something that will no doubt bring attention to the development company. They are releasing a fire blaze jackpot game and a progressive jackpot game so anyone who likes to try and win these big pots are going to be taken by both releases.

First up is Legacy of the Tiger, a game that features fire blaze jackpots. This slot game is based on a jungle theme, with animals such as tigers, snakes, monkeys, crocodiles and the jungle queen to look out for.

To aid your chances of winning, look out for tiger wilds which can be stacked to cover the reels in full if you are lucky enough. Use this as a substitute with the regular symbols to enhance your wins. The second thing to look out for is the female scatter symbol. This is how you gain free spins on the game. Three of these will trigger free spins for you.

Everything points towards the fire blaze jackpots in this game, so getting a shot to win these is what everyone is aiming for. The jackpots feature will give you the chance to take home one of the big prizes.

The second release from Playtech is Kingdoms Rise: Shadow Queen. This is a progressive jackpot release from them, with 5×3 reels to play on. There are three different jackpots to aim for here which are known as epic, power and daily.

Just like other games from the Kingdom Rise series, you can collect tokens as you play and then spend them in the shop to buy features that will hopefully help you win on this game. These features include stacked wilds, which come stacked to give you an even greater chance of victory. 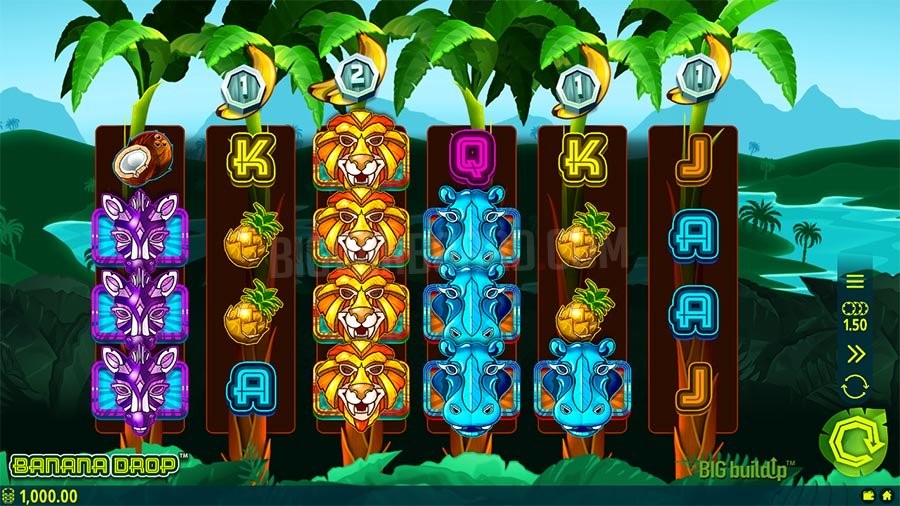 If you are looking for a fun game to play this summer, one that has a very simple and easy to enjoy theme then Banana Drop from Microgaming may be the game for you.

This is certainly a title that is focused on the casual gamer who wants to sit back and relax while having fun on a slot game. This is a creation from a smaller studio in collaboration with Microgaming called the Crazy Tooth Studio, they may be worth keeping an eye on based on this title.

This is a jungle-themed slot but with extra emphasis on monkeys and bananas, with monkeys being the main characters of the game. There are many ways to win across the six reels, with a total of 4096 pay lines you can activate for a spin. A win comes with any combination of three on any joining reels, so winning on this slot game is easier than some others, which makes this a good place for newcomers to start.

The RTP% is higher than many out there, set at 96.70% which is great to see. A maximum payout on this game is 6000x your unit stake, so certainly a good one to aim for.

In terms of the game’s features, look out for standard features here such as free spins, wilds and scatters but also keep your eye out for falling bananas which are unique to this game. The reels are underneath banana trees, which causes random falling bananas on the game. These fall onto the reel below to bring either cash prizes or additional wilds for the real in question.

To give yourself more chance of falling bananas, look out for the stacked monkey symbol, if you get these you can increase the number of bananas growing on a tree by up to 3x.

With plenty of features to keep you entertained and interested in the game, a great RTP%, good maximum payout and what looks to be a really fun theme to play, this is likely to be a real hit over the summer.

It is exactly the type of game people will be looking to play as they want to unwind, and for that reason, expect to hear plenty about Banana Drop this month and in the future.