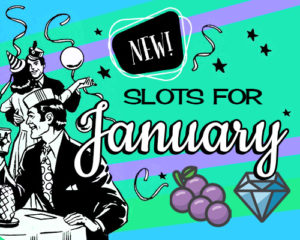 The start of a new year is upon us, and for many industries, this signals a fresh start and the chance for the main players to show what direction they are heading for the next 12 months. The casino gaming industry is a prime example of an industry that does this, and the first few weeks of a new calendar year are always fascinating to watch.

Look out for developers looking to make a splash early, to show they are going to be a real force in the coming year. On top of that, lookout for new trends that may be starting to happen in the industry, either with the type of games on offer, the features inside them, or something else that we haven’t seen before.

With all of that in mind, there is a lot to focus on, so here are the top new releases for January 2022 as we look to start the new year with a bang.

Many slot gaming providers try to grab early headlines by releasing either big titles or several games, and that is exactly what we have seen from Pragmatic Play.

They have two big releases for January, in a bid to get people talking about them at the start of the season. This will hopefully lead to momentum for them to keep going throughout the year. 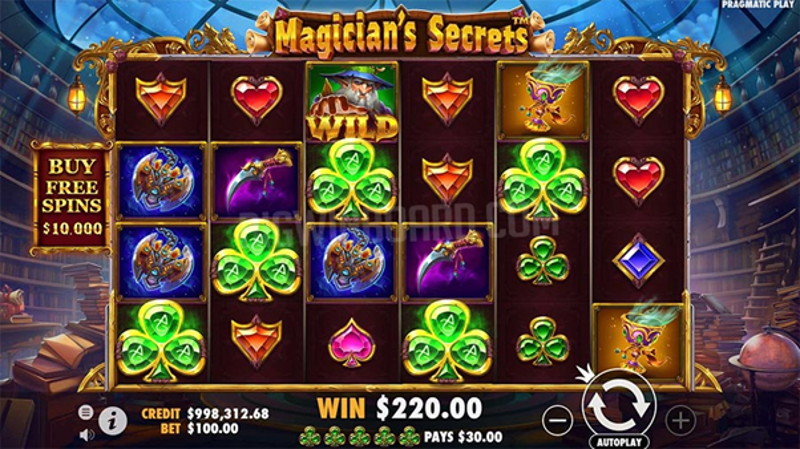 The first Pragmatic Play game to talk about is Magicians Secret, which is a magic-themed game that has a magician at the centre of the story. The game is set in a library, with several magic elements on the game, including potions, spell books and more.

The game is very big, with a lot of action taking place on the reels, which are 6×4 in size, and offer a total of 4096 win lines for you to aim for. The RTP on offer is also strong, standing at 96.51%, which is another strong positive for players to enjoy.

The maximum payout on the machine is 5000x your stake, which is big enough for all players to aim at, and on top of this, there are many features that you can look forward to seeing. These include wilds, where both regular and expanding versions of the symbols are available to get on the board.

The wilds expanding on the reels is something that happens randomly, you cannot control this, so look out for it happening at any moment. On top of that, they have multipliers attached, which can go as high as 10x, increasing your payout even further.

Scatters give you the chance to access the free spin game, which has two different versions you can play, and players get to choose which one they go with. The first offers 10 free spins, with a 1x multiplier expanding wilds. The second option gives eight free spins but has sticky wilds and the chance to claim three further free spins if you fill a reel with wilds.

This is a very complex game, with a lot happening on the reels, but one that offers great gameplay, decisions to make away from the reels, and a game that many are going to love in the early months of 2022. 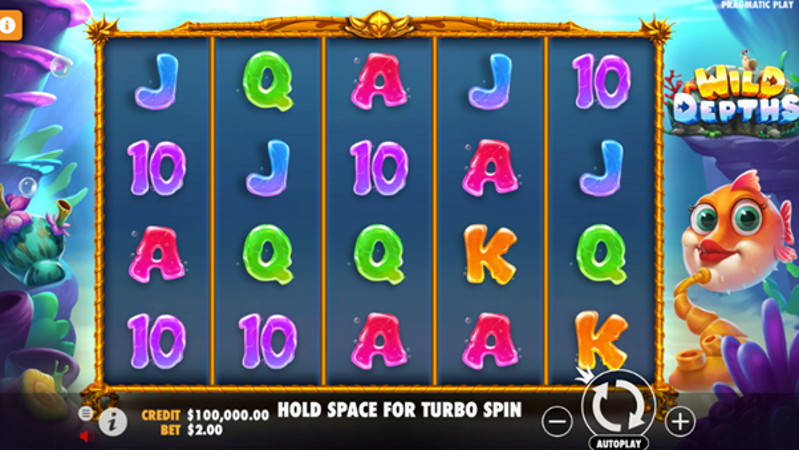 The second slot to look at from Pragmatic Play is a game that has a far simpler and fun interface, a game catered towards people who want to relax or those who are new to slot games. This title is called Wild Depths and has a fish and sea theme for users to enjoy.

The graphics on this slot are very fun, cartoon-like graphics, that players are going to enjoy following, the reels are filled with bright colours too, making for a fun looking board. The game has 5×4 reels, with 40 active pay lines to look out for amongst those. This is a good number, enough to give regular win chances, but not too much to confuse players with.

The RTP is another strong feature on the machine, listed at 96.48%, while the maximum payout is 5000x your unit stake, again something that is big enough to cater for all players.

As for features on the slot, look out for multipliers on wild symbols, these are going to transform your wins, and the more wilds you use in a winning combination, the bigger the payout. Each wild has a multiplier attached to it, and when you use more than one wild, they multiply with each other, up to a maximum multiplier of 16x, which is going to lead to some very nice wins for players to enjoy.

The game also has roaming wilds too, which will appear on the reels for you, and move up one position with each spin, until they eventually leave the reels. Look for scatters, which offer a win of 100x your stake, and the chance to get 6-12 free spins. There is the chance to retrigger this too, with three or more further scatters and when you do this, you will receive another five free spins.

This game looks as though it will be a very popular one at the start of 2022, combining great gameplay with a simple feel and popular theme that many players are going to love, whether they are new or experienced gamers.

Pragmatic Play have really hit the early headlines with these two games, they have made a strong start, and are highly likely to be the developer that everyone is talking about as we head into the new year. 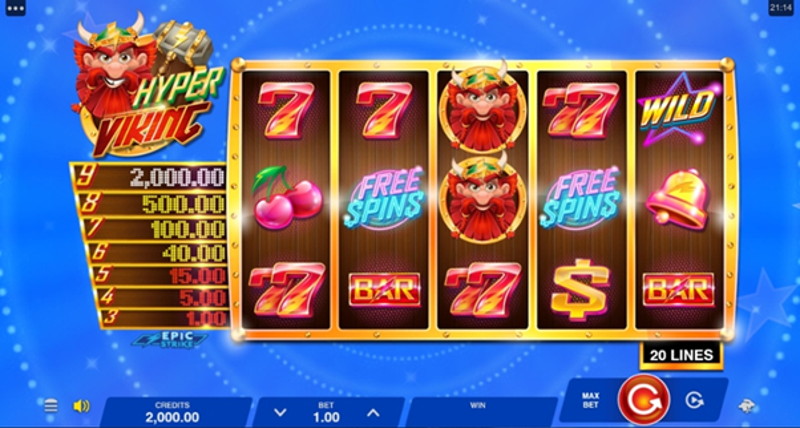 The final game to look at for the first month of the new year comes from Microgaming, and the game in question is Hyper Viking. This is a slot that will look and feel like many other Microgaming slots because it uses a lot of features and gameplay options that we have seen before. These have been combined with a Viking theme and a character that many people are going to really enjoy.

The game has a strong 96.24 % RTP, as well as offering a maximum payout of 2000x your unit stake. The board has 5×3 reels, with 20 active pay lines, so a very simple look to it and nothing too complex for people to follow.

Scatters are key to claiming the big jackpot prize, with a counter on the left-hand side of the reels that shows how many more you need for each level. Getting the jackpot will come from landing the Viking warrior scatters, with nine needed to claim the big prize and three needed to get on the ladder.

Look out for free spins too, which are triggered by three scatters. This takes you to a wheel, with various free spins and multipliers, the wheel will spin and give you the reward you land on. A 3x multiplier and 30 free spins is the best you can claim from this wheel.

If you want a Viking themed slot to kick off the new year, and you want something that is tried and tested over time, Hyper Viking from Microgaming may be the slot for you.