We are in the middle of summer, a great time for gaming with hot weather and long nights the perfect partner to relax and chill out every evening.

This month we have several different casino releases heading our way, with one developer, in particular, standing out from the crowd with multiple releases this month.

Red Tiger Grab the Headlines with Four Releases in August 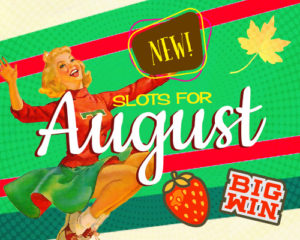 Red Tiger Gaming have gone from strength to strength for the past year now. Just under 12 months ago, the developer was bought by NetEnt, one of the biggest names in the world of casino gaming, and that has given them the backing to push forward.

This month shows just how far they have come, Red Tiger are releasing four different titles across the month, great news for gamers and fans of their products. 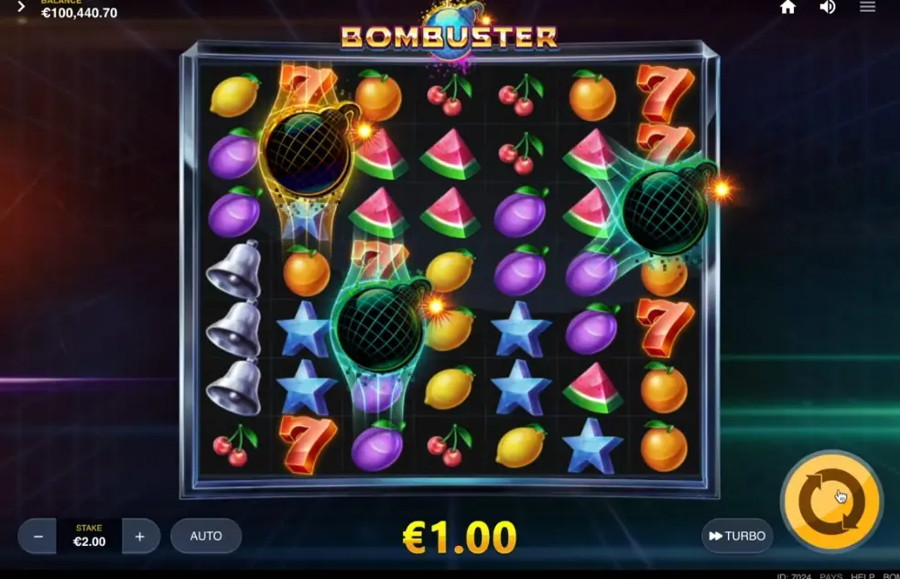 The first game to talk about is Bombuster, which is the one out of the four that is different from the rest. This is a game with a 7×7 format for the reels, and cluster pays lines rather than traditional pay lines.

Alongside cluster pays, look out for explosions to give even bigger wins, something that is a nod to the name Bombuster this game carries. Wins on this slot come when five symbols are connected in any way, no line is needed like traditional play.

Wilds can be used to form these clusters too, so look out for them on the screen because their value is even higher in a game like this one. The features on this game revolve around the bomb explosions, these appear, stay in position for several rounds and then explode to set off the symbols around them, causing new symbols or wilds to appear in place. 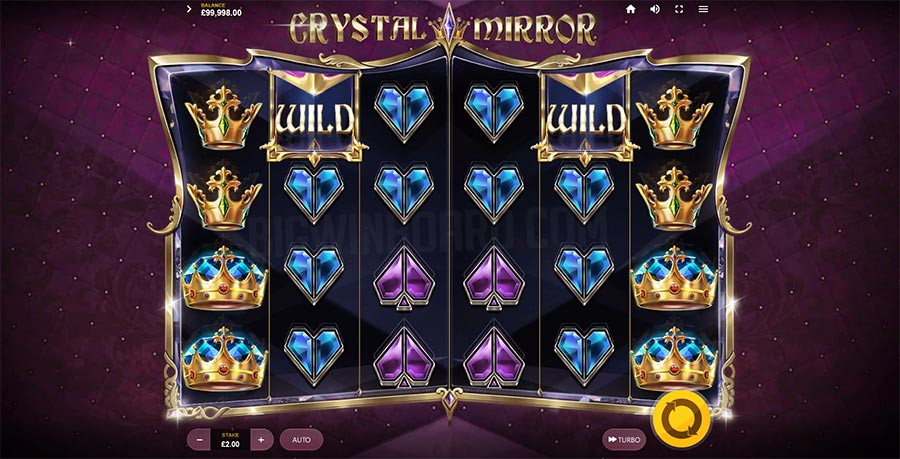 This is another slightly different game from Red Tiger, one that has a mirror image for the reels, again, if you are looking for something different and new to play, this game could be for you.

You will see a total of six reels here, though the first three are the reels in play and the second three are mirror images of them. The outer reels, 1st and 6th are the same, the 2nd and 5th are the same and 3rd and 4th are the same. With the same symbol on two reels as a minimum, your chances of winning go up here, which will certainly make the game of interest to those who like regular wins from their slot.

Wild symbols also come in pairs here thanks to the mirror feature on this game, so they can really help out too and if you get a full line of wilds, a jackpot of 500x is on its way to you.

Crowns and gems make up the symbols on this game, and there is little in the way of a story for you to follow. However, what the game does have is a really unique way of gaming that can give you more chance of winning regularly, because the game effectively has three reels spinning to give you symbols.

If you don’t mind about the lack of a story and want a game that offers a slight difference compared to normal slots then look out for Crystal Mirror and give it a try in August.

For those looking for something that can be described as a standard slot game from Red Tiger, Yucutan’s Mystery is to be released in August and offers more traditional gaming.

The game is based are The Mayans, a civilisation that little is known about. Don’t come to this game expecting answers, but you will have the story of these people in front of you while playing along on the reels.

The game has 5×4 reels and 30 pay lines to go at, although the RTP% is a little under average and this stands at 95.75%. The max payout on the game is a good one, standing at 4284x your stake, certainly something worth aiming for.

If its more regular gaming and a story you want, Yucutan’s Mystery may be the Red Tiger game for you this month.

Aurum Codex is the last of four Red Tiger slot releases to mention. This game is based on the middle ages and in particular on the alchemists of that period, who cooked up a wide range of different potions and medicines.

When playing, one great feature to look out for is the alchemy wilds that are on the 1st and 5th reels. These stick for two spins, so you have two chances to win something thanks to these wild symbols being in place. When you get these you also receive golden wilds on reels 2-4, these either substitute on your next spin or payout 15x your stake themselves if they appear together.

If game themes based around magic potions, the old times or anything like that is what you like then Aurum Codex is a game to check out in August.

For lovers of old music, TV and film, Playtech have created a Marilyn Monroe slot game that will be released in August. This is a branded release which has the rights to use her across the game as well as many other things we associate with the star of the past.

Playtech have not made this game alone, it is a game created in collaboration with Rarestone Gaming and the title of the game is Gem Splash: Marilyn Monroe. The game is a progressive jackpot game, perfect for those who are in search of the big wins while playing, and there are a total of three different jackpots to aim for.

These are called grand, major and minor, and are available to win on this slot which has 5×4 reels and 30 pay lines to play. The three progressive jackpots on offer can be won at any time, but the smaller two, major and minor, have limits on them when they will trigger. The major jackpot triggers when it reaches $3000 while the minor jackpot will trigger at $500.

Features on this game are few and far between, which is the case with many progressive jackpot games. Free spins are available and can help you claim a big prize, so look out for these and the chance to win for free. Elsewhere, the rest of the game is about Marilyn, the symbols are based on her and things associated with her while the rest of the game is all about simple jackpot play, which means anyone can join in here and give themselves the chance to win big.

The final game released in August to talk about is a sequel. Eight years ago, Play’n’Go release the slot game Jolly Roger for us to enjoy, and in August we have Jolly Roger 2 hitting our screens.

The game has 5×3 reels, 20 pay lines, a good RTP% of 96.20% and a jackpot that pays out 5000x your stake, which is all great to see. Features on the game include free spins, the chance to go on a treasure hunt and multipliers which are compasses to keep the pirate theme running through the game.

The treasure hunt feature takes you into a board game that has a map which you follow. You get 10 rounds for free and advance when the may symbol you need lands on the reels. There is the chance to win free spins, multipliers and wilds through this so it is certainly a feature to look out for as well as being something that enhances the gaming on offer.

Battle Spins is the last feature to mention, something that puts you in a battle with an enemy pirate ship. You have three lives to win, and should you come out on top you can expect prizes that include free spins, wilds, symbol upgrades and more.

If its action you are looking for in August, Jolly Roger 2 is certainly a game to look out for.