There’s no rest for the wicked! We had a good time in July when we revelled in a litany of diverse and unique games of all sorts. They all came from different slot providers. This month, for a change, we are focusing on just two of them.

A Big Month for Big Names 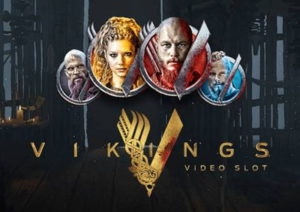 August has been announced to be a gargantuan month for iGaming.

The two game manufacturers we will be tackling today have been teasing exclusive deals and news for months now.

NetEnt and Microgaming are two of the most prominent and prolific brands in online gaming. They both boast game portfolios packed with hundreds – even thousands – of fantastic releases that are either evergreens or modern classics.

The duo of developers have had their hands full of stuff to do, both in its own direction. Their business ventures and strategies currently differ, but what they have in common is that they are turning out to be astonishingly successful.

While NetEnt finally set about to officially launch its long announced new big-name slots, Microgaming has been devoted to supporting independent studios in their growth. Their respective missions are the embodiment of their innovation and originality and are thus the evidence why they remain absolute behemoths in the trade.

The software supplier portended a clandestine new slot with a potential progressive jackpot very early this year. We knew the name only – Grand Spinn. The theme was revealed to be centred on Art Deco combined with the traditional casino, and that was about it.

Grand Spinn saw the light of day near the end of July 2019. Players went mad for it immediately and are still head over heels for this marvelous game. This one of a kind diamond is placed on a 3×3 reel grid with a single payline, reminiscent of old school slot machines.

However, that was when this back to black transition stopped. We are by now used to seeing novelty with literally each release from NetEnt, and that’s what followed.

In August, NetEnt is primarily focusing on branded slots. If Realtime Gaming (RTG) is big on Asian topics, then NetEnt is the king of branded releases. The Stockholm-listed slot developer has switched from crucial historical periods to the worlds of fantasy and music.

Every seasoned online gambler has tried their hand with Vikings. The splendid 5×3 high variance online slot shows off the Megaways feature and lots of expanding symbols shaped like the TV show’s main characters.

Besides the warrior game, we had the honour of witnessing the birth of Guns’N’ Roses in 2016, and Jumanji in 2018. The flourishing flash was continued by a plethora of trademark names, including TV shows, heroes and celebrities:

We have mixed feelings about this one. Bear with us.

As much as we are sad to say that, Conan is a very mysterious video slot. It has had the ‘Coming Soon’ status for way too long now. On the positive side, though, its revival has been confirmed. It will officially come to our screens and devices with the arrival of autumn.

What we do know is that we will all collectively be stunned by this secretive, stupefying slot.

Conan will be displayed on a 6×4 playing structure with 48 paylines. The interesting construct of it will be accompanied by an RTP of 96.28% and medium variance. Bet permits range from £0.20 to £200, and the final winning potential of 201,600 in coins.

It is expected to surpass all of its predecessors and similar-looking or similarly titled launches that had come before. This is likely owing to gobsmacking, thematic features like City of Thieves, Temple of the Serpent and Walls of Tarantia. And that is about as much as we have to tell you for now regarding the new Conan the Barbarian slot. 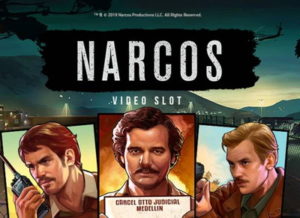 Fans of the acclaimed TV show were, needless to say, beyond themselves when the slot was announced. Even more, when it came to light way earlier that it had been expected. In fact, at this very point you can play this game at any NetEnt-powered online gambling venue.

Narcos is playable across 5 reels and 3 rows; the industry’s most frequently seen playing grid. It boasts the traditional number of ways to win – the infamous 243. It also comes with medium volatility and a solid RTP of 96.23%. The Swedish provider seems to be interested in the 96% to 96.50% range of late.

The gameplay is centred on the show’s chief characters and badass antagonists. You can look forward to all leading roles, such as Agent Steve Murphy and Agent Javier Peña. Don’t let the pistol bangs surprise you; you’ll be hearing a whole lot of them throughout the match.

Narcos allows for up to 602,400 coins, with a bet scope from as low as £0.20 to £400. The flexibility and adaptability attracts various player profiles, which has resulted in the growth of audiences of the show itself. Patting each other’s back has never felt so good. 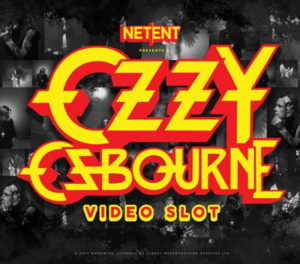 “Maybe it’s not too late to learn how to love and forget how to hate,” said Mr. Osbourne back in the day. Nowadays we are thrilled to see the hard rock legend in carnation on our mobile displays and desktop screens.

Going back to basics, Ozzy Osbourne slot from NetEnt is a 5-reel, 3-row online game with 20 paylines. It was optimised on the advanced HTML5 cross-platform, which makes it playable across all platforms. The silky-smooth performance has by now become NetEnt’s trademark.

This video slot is even more furtive than Conan, believe or not. There are absolutely no details regarding the RTP or variance revealed yet. Moreover, the bet range is confidential still, as well as the game’s in-house features. Unlike Narcos, we know almost nothing.

Narcos, on the other hand, comes with immersive and topical bonuses like the Locked Up game and the Drive-by round. This Netflix classic shows off a house edge of 3.77%, which permits moderate chances of scooping decent wins.

Isle of Man-based software supplier has built its fine reputation by continually bringing forward innovation and features no one else had thought of before.

That is how this company came up with the first ever mobile casino software in 2004. That happened only in the first 10 years of its existence. In the meantime, the hard-working team behind the brand was concentrating on creating quality content.

It was not until a few years ago that Microgaming started launching online slots in collaboration with other studios.

Preceding 2016, the game designer had its own in-house group of programmers and creators who were the only responsible ones for what came out of the oven. What was the time when all-time classics like Mega Moolah and Immortal Romance came into being.

From then on, a new era began for Microgaming. An army of studios came flocking and bunches of contracts were signed. The most outstanding studios in the line-up right now include:

Each of the workshops has already given its contribution to the brand. The leading titles have found their ways to the hearts of clients, and take up a special place in the impressive game lobby. 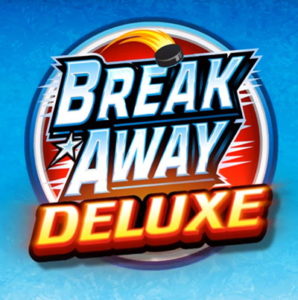 Stormcraft first shook the virtual casino floors in June 2018. Soon after its grand reveal, the brand launched the Fortunium slot, a dystopian futuristic, megalopolis-located online game with a gorgeous potential and a potent theme. Then followed a wide range of inventive titles, which has so far been concluded with a duo released this month.

The two games encompass the continuation of the Jungle Jim chronicles called Jungle Jim and the Lost Sphinx and the ice hockey-themed Break Away Deluxe.

The latter especially stands out with its engrossing structure. Namely, it is spread on a 5×5 reel grid with 88 paylines. That’s something quite novel for Microgaming, and we love the direction in which it is heading with Stormcraft.

On another front, Microgaming is experimenting with cartoon-like and fantasy-driven releases like Banana Odyssey and Zombie Hoard.

The group came as the perfect addition to the brand with its eye for detail and authentic graphics. Microgaming has needed a team focused on animation, and that is what it got with Slingshot.

Just For The Win

This one has been with Microgaming the longest. So far, they have designed and launched over a dozen online slots, recognisable for their vibrant colours, upbeat soundtrack and bright subjects.

Similar to Slingshot, JFTW focuses on cartoons primarily, but will extend the theme and furnish it with vivid visuals and trademark qualities. The latest release coming from the combined studios is Tiki Vikings. It is a textbook example of what JFTW is all about. Tiki Vikings links two seemingly incompatible matters – ancient warriors and beach cocktail parties. If you see a slot that does the impossible, the odds are it is a Just For The Win number. 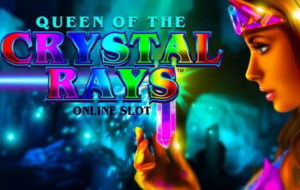 Finally, we have come to, likely the self-proclaimed weirdo among gaming studios. Crazy Tooth is headquartered in the United States and was established in 2011. It is just this year that Microgaming signed an agreement with the group.

In partnership with Microgaming, Crazy Tooth created Queen of the Crystal Rays, which is currently one of the best games Microgaming has ever disclosed.

Queen of the Crystal Rays shines with a practical 6×4 reel construction befriended with 50 paylines. The twist lies in the double movement of the grid. This online slot pays out both ways! Its medium volatility will charm both high stake players and low rollers alike, and the RTP evaluation is also doing them a favour. Namely, this video slot boasts a value of 96.7%, which is beyond the industry’s standard.

The game’s excellence is reflected in the winning potential as well. It offers 129,872 in coins, multiplying crystals, magical rays and beams of wild symbols.

To date, Microgaming has compiled a lengthy list of partnering gaming studios, all of which are proudly displayed on their official website. The inking of those deals has resulted in the promotion of the studios, and a more frequent and busy release schedule on behalf of Microgaming. Sure, we are used to seeing monthly slots from the developer. But now, at least half a dozen are disclosed every 30 days.

What we can deduce is this; we are now living a fantastic period in online gaming. Novelty is around the corner at all times, and we are living our fast-paced lives in the most wonderful way possible. Refreshment is a regular nowadays, and no one has time for boredom.

NetEnt and Microgaming are there to make sure our spare time is filled with joy and entertainment, and we cannot wait to see what they have in store for September 2019.